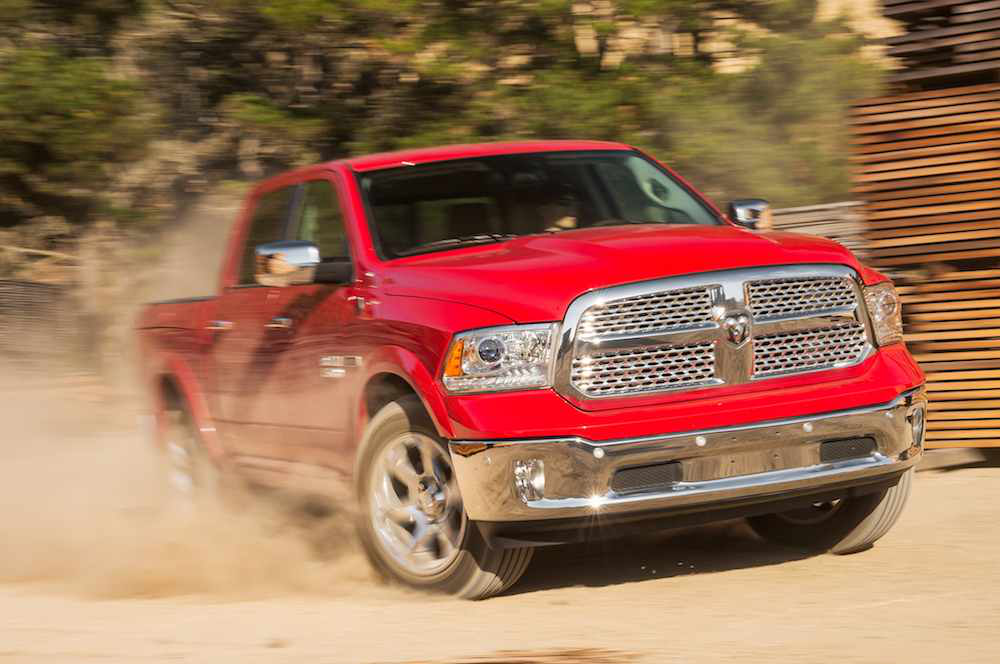 It’s been that way for the better part of the last 15 years. Until last month.

For the first time since 1999—when Ram was still under the Dodge brand—Ram outsold Chevrolet during March to take second place in monthly pickup sales.

Ram saw its best March since 2007. Sales shot up 26 percent from last year, and 42,532 pickups left the lot. Chevrolet had a good month too, with sales up 7 percent over last year. But its 42,247 Silverados sold were only good enough for second place.

Meanwhile, Ford’s F-series pickups are still well out of danger of any type of upset. Ford sold 70,940 pickups in March. But that’s not the point!

GM spokesman Jim Cain tried to play down Ram’s recent success by telling Automotive News that the success in March was all driven by incentives. “The 1980s called. They want their marketing strategy back,” Cain said in response to the Silverado’s third place finish. “It’s really easy to deeply discount your truck, mine the subprime market and offer cheap lease deals to buy market share.”

What Cain failed to mention was that Chevrolet offered incentives of its own last month. The redesigned 2014 Silverado has been well received by critics since it launched last summer. But it hasn’t sold as GM would have liked.

Which points to what we think the real reason Ram had such a huge March: diesel.

March was the first full month of sales for the 2014 Ram 1500 EcoDiesel—the only half-ton pickup with a diesel engine currently on the market. That 3.0-liter EcoDiesel V-6 engine gets 28 miles per gallon on the highway and 20 mpg in the city, making it the most fuel efficient pickup ever. It’s also the reason Ram became the first pickup to win back-to-back Truck of the Year honors from Motor Trend.

All of that translated to a lot of excitement among customers. The first round of Ram EcoDiesel orders sold out in just three days near the end of February and, by all accounts, stayed strong through the end of March.

At this point, the EcoDiesel has been a big success for Ram. And it’s already had an impact on the competition. Nissan has announced a Cummins V-8 for the next generation of its Titan half-ton and Toyota is reportedly considering the same engine for the next Tundra.

Meanwhile, Ram’s biggest competition, GM and Ford, have been largely mum on the possibility of a diesel F-150, Silverado or GMC Sierra. GM will do a bit of experimentation with a 4-cylinder Duramax diesel in the 2016 model year Chevy Colorado and GMC Canyon midsize pickups and Ford has denied rumors that it is working on a diesel F-150 codenamed “Lion.”

Their silence on the issue is due to the fact that they’ve each got their own solutions for more fuel efficient pickups in place: GM is trying to revive the market for midsize pickups that require less fuel while Ford’s combo is the EcoBoost V-6 and aluminum body in the 2015 F-150.

And while all of that reengineering is certainly worthwhile work—customers do want more midsize pickup options and aluminum bodies and V-6 engines are definitely the future of pickup technologies—they are very indirect and long-term solutions to fuel efficiency while a diesel engine is a very direct one.

Ram took the more direct route while it likely works on its own aluminum body in the time being. And customers have responded in a huge way.

The question is, will that success convince Ford and GM to offer a diesel half-ton as well?

Only time will tell, but GM is reportedly paying close attention to the success of the diesel Chevy Cruze before it commits on a half-ton diesel. You have to think an upset like the one Ram just handed them combined with the lackluster sales of the new Silverado makes that decision all the more urgent.