In a recent interview with Car & Driver, General Motors president of American operations Mark Reuss took some time to talk trucks. And right out of the gate the question of diesel came up and why GM has been “hesitant” to launch a diesel half-ton pickup like Ram and Nissan have announced.

“We’re not hesitant to commit to diesel, we just haven’t reported it to you,” Reuss said.

Car & Driver followed up with GM spokespeople who said that they are paying close attention to how well the diesel option on the Chevrolet Cruz sells before making any decision on diesel half-ton pickups. The Cruz diesel gets an EPA estimated 46 miles per gallon on the highway and has been met with praise from auto critics.

Back in August, a report surfaced saying that GM plans to add a diesel option to its U.S. lineup of mid-size pickups, the Chevy Colorado and GMC Canyon.

Speaking of the Colorado and the Canyon, Reuss was asked if he could give any detail on the trucks which have undergone a refresh and haven’t yet been completely revealed. Reuss said the Canyon “will be more focused on conquest activity” while the Colorado “will be more aimed at faithful customers.” He added that GM would like to see the Colorado “become ubiquitous—kind of like the Tacoma is on the West Coast.”

Finally, Reuss was asked whether GM was building a truck to directly compete with Ford’s very popular off-roading pickup the F-150 Raptor. “I don’t think there are enough cool-sounding predatory dinosaur names left to choose from,” he joked. “Seriously, in the current truck market, we are focused on refinement and simply out-engineering our competitors.” 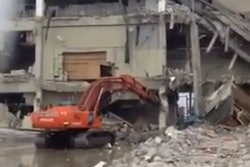 Excavator demos half a building with just one nudge 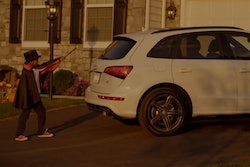 Do diesel drivers get more candy on Halloween? 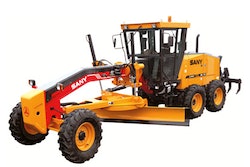 Sany to begin selling motor graders in North America in 2014