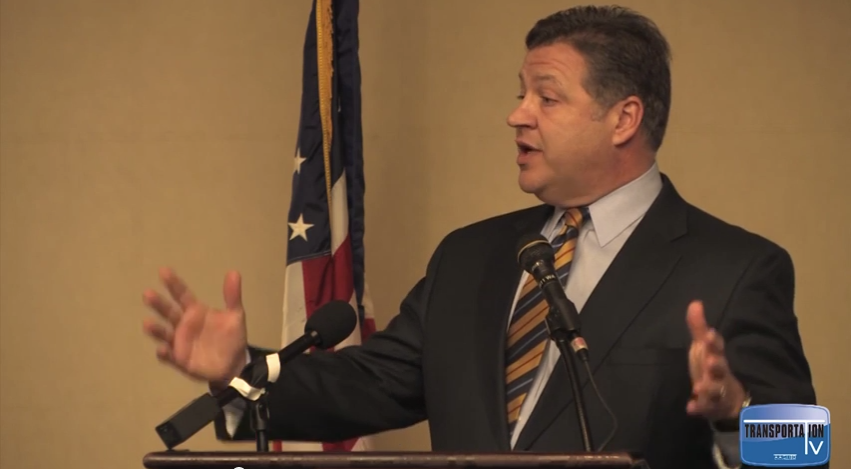 Rep. Shuster tells attendees at the 2014 AASHTO Washington Briefing that a transportation bill is “a jobs bill.”

Rep Bill Shuster (R-Pa.) and Sen. Barbara Boxer (D-Calif.), both chair of their respective chamber’s transportation committee, on Thursday each reiterated President Obama’s message that the new highway bill is about job creation and retention, according to our sister site, Commercial Carrier Journal.

Speaking to attendees at the 2014 American Association of State Highway and Transportation Officials (AASHTO) Washington Briefing, Shuster and Boxer both noted that the new highway funding bill is important to jobs and U.S. competitiveness.

“Any time I look at a transportation-infrastructure bill, it’s a jobs bill to me,” Shuster said.. “I’m talking about…the jobs that keep our manufacturers competitive in a world economy. Making sure products getting to our stores that American citizens are buying are getting there as efficiently as possible so they don’t spend more money on them — they can put that money in their pocket and invest it in other things.”

Boxer noted the importance of implementing a new bill before the Highway Trust Fund (HTF) runs out. She said the current bill, Moving Ahead for Progress in the 21st Century (MAP-21), saved about 3 million jobs, but a failure to act on a new bill before August could result in a loss of 1.8 million jobs.

“What else do we do that creates so many jobs in our states?” Boxer asked. “Very little, frankly. [Highway funding is] about way of life. It’s about our good jobs. It’s about our healthy businesses, and it’s about moving us forward.”

Shuster and Boxer also warned that the nation is losing it’s footing as a top competitor in the international market — a point that Transportation Secretary Foxx also noted in his message at the conference on Thursday.

Shuster said countries such as Brazil and China are growing and gaining a competitive edge by investing in infrastructure. 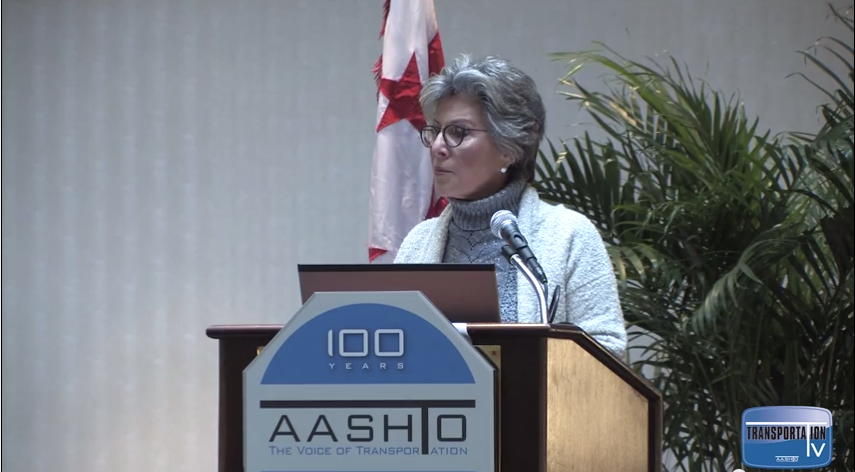 Sen Boxer tells attendees at the 2014 AASHTO Washington Briefing that the new highway funding bill is about job creation and retention.

Boxer noted that her committee has begun work on the next bill and said “it’s going well.”

Boxer’s goal is to have the bill before the Senate by April, while Shuster wants a new bill on the House floor by August.

Shuster said the two highway bills proposed this week — one by President Obama and another by House Ways and Means Committee Chairman Rep. Dave Camp (R-Mich.) — “are encouraging.”

“The American people need to hear these things to know we have to figure out how to do this, to make these investments to keep our country competitive,” Shuster said.

Boxer said the HTF shortfall is a problem that won’t go away, and Congress needs to resolve it with a long-term solution. She added that the gas tax may no longer be the appropriate option, adding that a gas tax hike may not have enough supporters.

She pointed to President Obama’s proposal, noting that it his plan to use tax reform for transportation funding is viable but may not have enough backing. Another option, Boxer noted, could be a tax on vehicle miles traveled (VMT); however, Congress would have to find a way to implement it without using a black box to track vehicles.

Despite roadblocks, Boxer said she is confident that the next highway bill will be a five- or six-year bill, rather than a two-year bill similar to MAP-21.

“We have to work with realities: We’re not going to cut education. We’re not going to repeal the Affordable Care Act,” Boxer said. “So let’s be pragmatic. Let’s not engage in ideological squabbles about how to pay for it: Let’s just find a way.”