Let’s say you are rolling down the highway and watching the gas gauge on your dashboard as you go. You see it steadily going down. You are aware that it is heading to E. You roll on. It gets inevitably closer to E. You know if you don’t stop and fill up it will hit E and then you will stop somewhere not of your choosing. And while you don’t know the exact name of the creek, you are up it without a paddle.

What do you do? You stop and fill up.

Congress, on the other hand, keeps driving.

This is not a new story. It’s just another starkly obvious reminder that the Highway Trust Fund is heading towards B (bankruptcy) and if nothing is done it will get there and leave us, paddleless, in a creek.

This is testimony from Kim P. Cawley, chief of the Congressional Budget Office’s Natural and Physical Resources Cost Estimates Unit. He was addressing the House Committee on Transportation and Infrastructure’s Subcommittee on Highways and Transit.

Yes, you’ve heard it before. Over and over.  I cite Cawley because of the coherence and focus on his testimony. What he presented is a base document. It lays it out so it is not possible to avoid the obvious conclusion. If we don’t find funding there is a strong probability (I’m going a little further than Mr. Cawley) that we will see substantially reduced spending for surface transportation programs.

That means less work for our industry. Period.

What are the odds that Cawley’s testimony will not shift enough political thinking to overcome the inactivity that is the reason we do not have much of a shot next year at getting some realistic proposals for adequate funding during the reauthorization process?

So, you are in the passenger seat, way out west somewhere where gas stations are few and far between and you are in a hot and hostile environment. You notice the gas gauge is almost at E. Then the yellow warning light comes on. Then that annoying bell starts ringing. Then there is a gas station!

Behind the wheel, your Congressperson rolls on by. 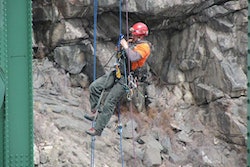 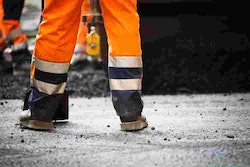 Yo Congress: Transportation infrastructure is a job-creating investment

Batteries Have Changed – Has Your Battery Charger?