Following up a May report, New York Yimby has uncovered documents that confirm the Nordstrom Tower will become the tallest building in the U.S.—the tallest roof, at least.

Citing documents recently submitted to the city, Yimby reports the supertall Nordstrom building being built at 217 West 57th Street will top out at 1,522 feet with 95 stories. (The original Yimby report said the roof would reach 1,530 feet.)

The confirmed height will make it 71 feet taller than the roof of the Willis Tower in Chicago, which holds the current record for the tallest roof in the U.S.

The Nordstrom tower roof would also reach well past that of One World Trade Center at 1,368 feet. However, to top 1WTC as the U.S.’s tallest building, the Nordstrom spire would need to reach past that of 1WTC which gives it a height of 1,776 feet.

Despite its previous report that the Nordstrom would reach 1,795 feet, spire included, the site now says the tower “may or may not” be planned to reach 1,775 feet.

Construction on the Nordstrom tower is expected to be completed by 2018. 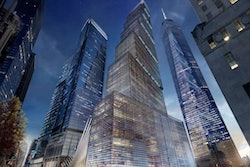 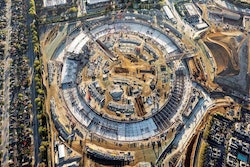