A new poll found that that 53 percent of Americans want the federal government to spend more on the nation’s highways.

The poll, conducted by the Associated Press and GFK, revealed that while most think Congress should up the spending on roads and bridges, about one-third think the spending levels are fine where they currently are.

Meanwhile, one in ten Americans think the country is already spending too much and that lawmakers should cut highway spending.

“We definitely don’t need to be expanding freeways anymore,” said Matthew Wild, a California man who took the poll. “We’ve maxed out.”

The poll was released as Congress nears the July 31 deadline for the expiration of the Highway Trust Fund. It faced expiration earlier this year, but lawmakers were able to push through a patch – the 33rd short-term extension of the HTF since 2008.

Earlier this year, the Mineta Transportation Institute found that 71 percent of voters would support raising the gas tax to pay for transportation funding. And in even more contrast with the latest poll, 80 percent of those polled in the Mineta poll said they think roads should be a high priority. 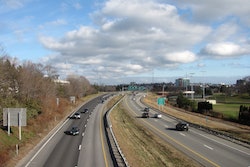 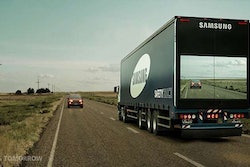