Shortage of skilled workers has pushed up construction costs

The immediate effect of the skilled worker shortage impacting the U.S. construction industry for the last two years was a slowdown in work. Demand rose and backlogs increased as firms struggled to find enough workers to tackle new jobs.

But now, a new wrinkle is being pointed to by a development executive. Lydia Tan, senior vice president of development at real estate investment advisory firm Bentall Kennedy tells GlobeSt.com the labor shortage has led to “drastically rising construction costs.”

Tan reiterates much of what we already know: demand is rising while the construction workforce, which lost 2 million workers during the recession, has not yet fully recovered.

Despite the industry now employing 6.387 million Americans—the highest since 2009—firms across the country are still dealing with shortages. An October study done by Associated General Contractors of America found 83 percent of U.S. firms are struggling to find workers, with 30 percent saying they had been forced to turn down work due to the difficulty.

“In the Western region, construction costs have gone up substantially, particularly in the Bay Area. We are having a hard time getting contractors down in pricing, and that is because they are having trouble pinning their subcontractors and materials pricing as well,” Tan told the site.

“Construction cost inflation is probably one of the biggest risks right now for development. Depending on what product type you are developing, it is unclear if the revenues will escalate at the same rate.”

Work done by the AGC has increased awareness of the shortage. States like Nebraska have launched websites that hope to educate both adults and youth on the benefits of working in the industry while high schools, like those in Palm Beach, have begun incorporating construction courses into their curriculums. 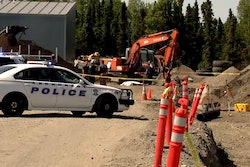 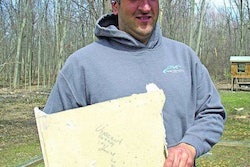 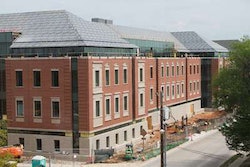