The problem of not being able to find enough skilled craft workers is reaching nearly universal levels in the U.S. construction industry, according to a new survey. In response, the Associated General Contractors of America today released a workforce development plan aimed at repairing what it calls a “decimated” pipeline of qualified workers to the industry.

Of more than 1,000 construction firms across the U.S. surveyed by the Associated General Contractors of America, 83 percent say they are struggling to find enough craft workers, including carpenters, equipment operators and laborers. That number is up from 74 percent one year ago.

Carpenters top the list of craft positions hardest to fill with 66 percent of firms reporting difficulty. Roofers are next at 64 percent, followed by equipment operators at 59 percent, plumbers at 54 percent and electricians at 52 percent.

But the difficulties don’t stop at the jobsite. Of the firms surveyed, 61 percent say they’re having trouble filling professional positions including project supervisors, estimators and engineers. That figure is up from 53 percent one year ago.

Looking forward to the next 12 months, 40 percent of these firms said they believe it will continue to be hard finding skilled workers, while 30 percent said they expect it to become even harder. (You can view the results of all survey questions here.)

As TV personality Mike Rowe has done in the past, the AGC of A points to education in the U.S. as the main culprit for the construction industry’s current difficulty. “Considering how much the nation’s educational focus has moved away from teaching students career and technical skills during the past few decades, it is easy to understand why the construction industry is facing such severe labor shortages,” AGC chief economist Ken Simonson said in a prepared statement.

The problem has been a hot topic of conversation in the industry for about a year now as news reports of worker shortages have popped up all across the country, illustrating just how widespread the difficulty is becoming. It’s a particularly confounding problem since the industry lost 2 million workers during the economic downturn. However, many of those workers have been lured away for good by the promise of steadier jobs in other industries or they have retired.

And the impact is already being seen. Beyond the detriment of not being able to meet the growing demand for construction services in the U.S.—demand that should be fueling a healthy recovery from the downturn—a separate AGC study released in August found that 30 percent of U.S. firms had turned down work due to the labor shortage.

That means that the industry will have to attract new blood—and a lot of it—if it wants to fully recover. Meanwhile, more than half of the survey’s respondents said they feel the current quality of their local pipeline for training new construction workers was below average to poor. In response to the new survey, the AGC of A also released today its solution to the problem, which it calls a “workforce development plan for the 21st Century.”

The AGC faults “a series of policy, education, demographic and economic factors that have decimated the once robust education pipeline for training new construction workers.” Among the main factors the association points to are the “dismantling of public vocational and technical educational programs, declining participation in union apprenticeship training,” coupled with high schools placing a higher priority on college prep.

The plan first calls for reform of the Carl D. Perkins Career & Technical education Act which serves as the primary funding vehicle for technical education programs. The plan calls for Congress to boost funding to the Perkins Act from its current level of $1.12 billion to $1.3 billion. The plan also calls for the act to be amended to “give states increased flexibility to select and fund high-quality training programs in response to labor market needs.”

The AGC would also like the Perkins Act to be able to give states autonomy for establishing sector partnerships “focused on promoting collaboration among secondary and post-secondary training programs.”

Private funding for craft training programs is another thrust of the plan. The AGC calls for Congress to pass legislation that would expand an exception in federal antitrust laws to open-shop contractors that would allow them to enter into multi-employer agreements to provide funding for craft training programs. The idea is that this type of private funding would reduce the industry’s need for public support.

The plan also calls for changes to the Workforce Investment Act; an extension of the Work Opportunity Tax Credit to make it easier for construction firms to hire veterans; increased partnerships between apprenticeship programs and community colleges; immigration reform; and offering community college career and technical programs to high school students free of charge.

You can read the AGC of A’s whole plan for repairing the pipeline of skilled workers by clicking here. 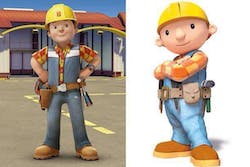 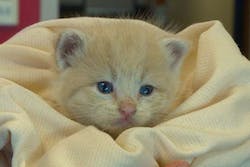 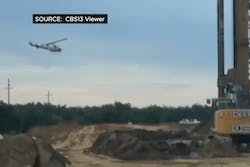