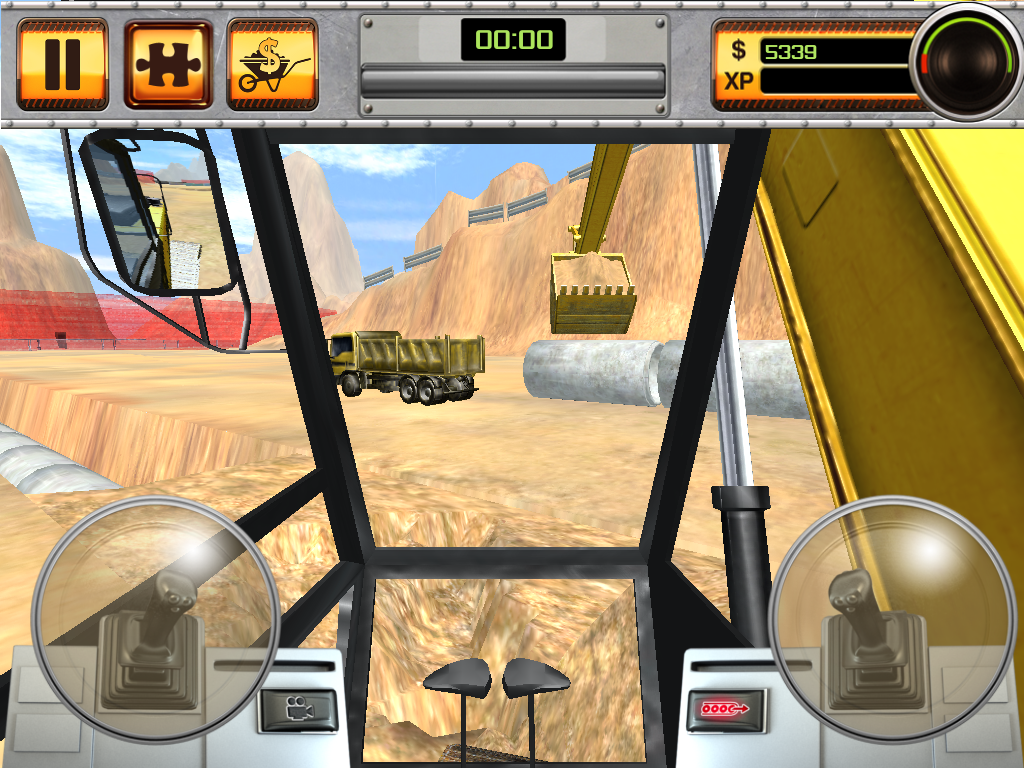 Editor’s Note: Since this article was posted, “Scoop” has also become available for Android devices.

Anyone who climbs behind the sticks of an excavator for the first time is more than a bit overwhelmed. And why not? Though the machines are easier to operate than ever before thanks to hydraulic controls, there’s still a lot going on in the cab to the eyes of a first-timer.

Beyond that, who wants to wreck an extremely expensive piece of equipment? But once you get going, you’re quickly addicted. Seeing the machine break dirt and swing around with ease is more than a little intoxicating.

And it’s that mix of feeling—the overwhelming challenge and the intoxication of progress—that Yawsum, the development team behind the lighthearted excavator simulator “Scoop,” want everyone with an iPad to experience.

The game, which costs only $2 and is can also be played on the iPhone, is a result of Yawsum CEO and “Scoop” executive producer Andrew Chino’s first time in a Caterpillar 320 excavator. He was visiting his girlfriend’s grandfather’s ranch in Northern California. Her grandfather is retired and maintains the roads and grounds of the 1,400-acre property with the help of several pieces of Cat equipment including excavators, dozers, wheel loaders and dump trucks.

“It was like all my childhood dreams coming true,” Chino recalls. “I was scared when I started moving around in that thing. But it was super fun. The experience and the power of it was instantly addicting. “So I thought the concept of operating an excavator would make a really cool iPad app. ”

Chino took a look at the iPad games marketplace on Apple’s App Store and found very few construction-related games. Knowing the appeal of heavy equipment across a wide range of ages, he saw an opportunity to make a great game.

“The games that are out there tend to be unrealistic and childish. Our goal was to bring a realistic experience to mobile devices,” Chino says. “And what really differentiates our game is the controls.”

The game gives you first-person and outside views from the operator’s chair with the excavator’s joysticks located at the bottom of the screen and a view to the bucket straight ahead. To make the feeling of operating the “Scoop” excavator as accurate as possible, the Yawsum team applied real world physics to the in-game machine’s joysticks. The team even included both SAE and ISO control patterns.

Because the iPad obviously doesn’t have pedals (bummer), you move the excavator in “Scoop” by tilting the device. And because the tracks are controlled by motion rather than with the touch screen, the game allows players to move all of the machine’s controlus simultaneously, a feature Chino says no other construction iPad game offers.

And while the game strives to be as realistic as possible, (Chino calls it one of the harder games available for the iPad—and he’s right) it is not meant to be a training simulator, he says. It’s aimed squarely at the consumer market as a way to give the uninitiated a taste of operating heavy machinery.

“While it would be a big leap to say that by playing our game you would be able to jump into a 25-ton excavator and operate it like a pro, it will teach the fundamentals of excavator operation and start to build the muscle memory required to execute joystick control fluently,” Chino says.

After all, while “Scoop” is a pretty accurate representation of excavator operation, the level design reinforces that this is definitely a game. There are ordinary tasks such as moving dirt from one place to another. But as the game progresses things get more interesting with challenges like crawling across spaced-apart shipping containers and a level called Area 51.

“We got a lot of ideas from YouTube,” Chino says regrading the game’s level design. He says the team also spent some time talking to operators and a lot of that input has inspired levels and other features that will be added in the future.

In the end, the game manages to present quite the challenge alongside a lot of fun through the basic operation of the machine. It captures the spirit of operation well. And in a time where the construction industry needs as many people being introduced to the thrill of equipment operation as possible—especially young people—we hope to see more games like this that accomplish such an introduction as well as “Scoop.”

On Tuesday, Yawsum released the game’s first update to the App Store. Version 1.1 features upgraded graphics and a new sandbox for players to dig around in that includes multiple digging areas, new puzzles and several construction materials and other objects to play with including pipes, barrels, tires, boxes and more.

Future versions of the game will add new attachments for the excavator, as well as more machines to choose from. 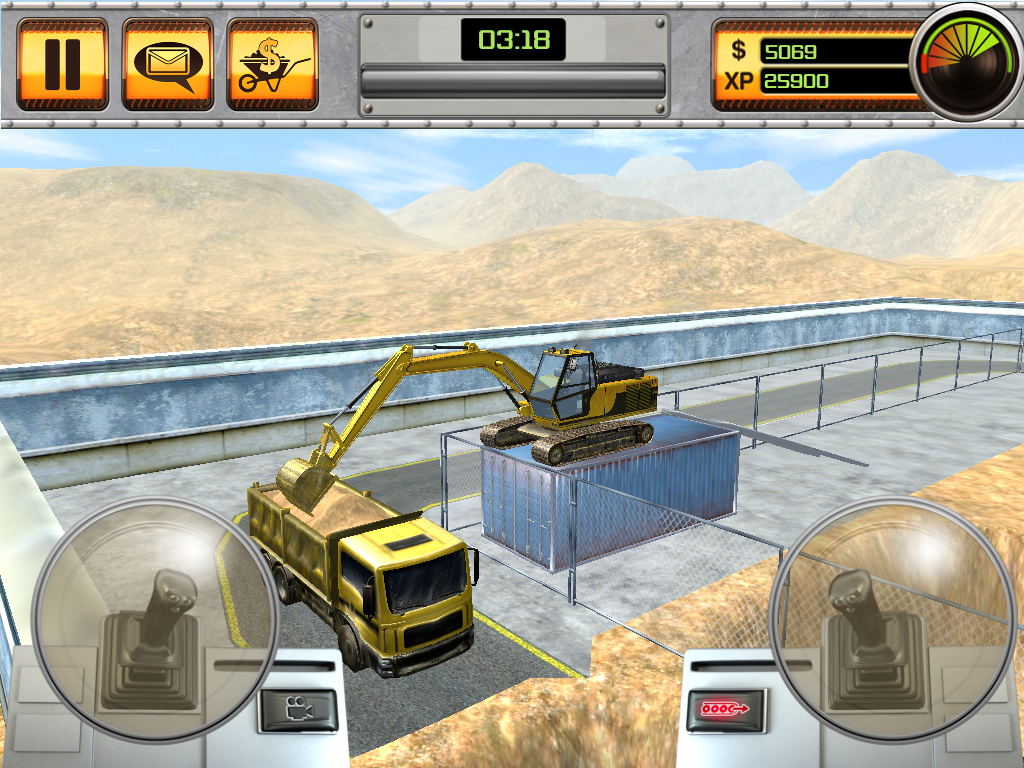 Chino says things have gone well for the app so far. The team is seeing more and more downloads of the game each week. “We are a niche game so we know we are not going to attract everyone and be the next Angry Birds,” he says. “We hit some great download benchmarks in our first 6 weeks that 80 percent of mobile games (free and paid) never see in their entire existence.”

At this point, the game is being played in 75 countries and has been a Top 5 paid simulation game in the App Store in more than 15 countries. Chino says most of the downloads come from the U.S. but that it has been popular in Canada, the U.K, and Australia as well as in northern Europe, especially Norway.

Chino says the Yawsum team are working on adding some “polish” to the game to make it more attractive to a wider audience. The team is also working on a version of “Scoop” for Android devices.

You can download “Scoop” for the iPad or iPhone by clicking here.