Last week we told you about a survey by Associated General Contractors of America in which 74 percent of contractors across the U.S. reported having trouble finding skilled workers.

The problem, well-known at this point, is that during the recession many of the most skilled operators and craftsmen in this industry either left for more stable work or they retired. Either way, most of them aren’t coming back. Consequently, as that AGC survey showed, most contractors are convinced their troubles finding skilled workers will only continue.

As our Executive Editor Tom Jackson laid out back in May, the best course of action is to begin recruiting teens and college students to construction jobs. Germany is doing it with great success. Besides, it’s really the only option left.

That being said, simply showing up at career fairs won’t get the job done. As Lisa Alexander explains in a recent column for Salon, luring younger Americans, Millennials, to construction and manufacturing trades will likely prove to be the biggest marketing challenge these industries have faced in some time.

Alexander explains that she comes from a family of tradesmen, some of them from Generation X, some of them Baby Boomers. She accurately describes manufacturing and construction jobs as “rigid.”

“You clock in, you do the work, you take a 10- or 15-minute break, you go back to work, take a half-hour lunch, work some more, take an afternoon break and you go home. More days than not, there’s overtime and your weekends may not be your own if marketing has promised more than a regular shift can produce,” Alexander writes. “One family member works for a manufacturing company and manages a group of employees—everybody from Gen Y or Millennials to Baby Boomers is represented and it’s Gen Y that struggles the most in this environment.”

But, as TV’s Mike Rowe puts it, we’ve not “equated dirt with success” in quite some time. The reason Millennials are uncomfortable in this environment is because it has been framed as a failure by educators and parents for decades. The intention of that framing is good—parents simply want their kids to have a better quality of life than they had—but disastrous nonetheless.

Alexander’s view in Salon is definitely a pessimistic one. She concludes that the task of bringing young blood to construction and manufacturing isn’t impossible, “but in addition to some top notch marketing to get them in the door, it’s going to take some innovation and training to keep them there.”

These jobs are some of the most important to the American economy and require a great amount of skill and dedication to complete. That’s what makes the situation so ironic. These jobs are seen by many as things anyone could do. But as contractors know well enough, that’s not true in the least.

Another big part of the marketing is pay. As the Salon article points out, there’s a lot of money to be made in these industries and that has to be stressed. Yes, you will work hard, but you will be compensated for it.

And as far as innovation goes, there is a lot to be excited about in both construction and manufacturing as robotics and machine control continue playing bigger roles. In the future, IT professionals and operators who can direct heavy equipment that require comfort with emerging technologies will be in great demand. Who better to fill these jobs than Millennials?

So, no, it’s not impossible. Just as these industries have been tasked with convincing younger Americans that these trades aren’t impossible for them, construction and manufacturing have to believe that completing that task isn’t impossible either. 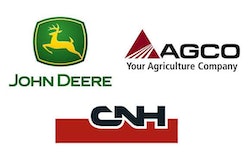