Casey Cline, a professor at Boise State University who teaches construction management, calls iPads “essential” to “the new way” of managing projects on the jobsite these days.

That’s why, according to a report from the Associated Press, he’s requiring freshman students in his class to use iPads. Before they graduate, Cline wants his students to know how to upload data reports and photos as well as account for changes in job specs and safety materials—all from the iPad.

What has caused Cline to call for this requirement? He’s seen several contractors in the construction industry adopt and successfully implement iPads and other tablets on the jobsite.

“Some construction firms I work with are going completely paperless,” Cline told the AP. “Crews can upload building information models right from the field…It’s incredible.”

The AP talked to several construction professionals that use and advocate for the technology. Dan Drinkward, the operations manager for Portland, Oregon-based Hoffman Construction, said his company’s crews “rely” on tablets and smartphones.”

“They are set up so our subcontractors and their staff can access a whole variety of information in the field without having to stop in the office,” Drinkward said.

“Before, if an architect made changes, hard documents would have to be ordered and sent out to everyone associated with the project, and it would take three to five days just to get the docs in hand,” Papac said.

However, the AP did talk to a couple of construction professionals whose viewpoint likely represents the majority of contractors out there.

One group simply can’ devote the cash required to purchase tablets for their crews thanks to the ongoing recovery from the recession, while the other group is trying to figure out the best method to implement them in order to ensure “a level of comfort” for crews, as Nampa, Idaho-based Radix Construction Vice President Tony O’Neil said. 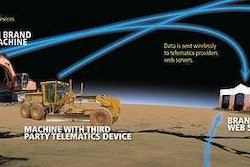 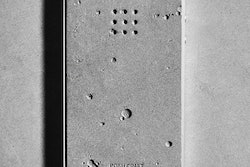 Toughen up your iPhone with this concrete skin 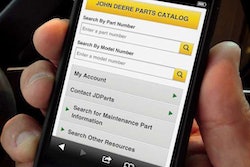