A recent survey done by Associated General Contractors of America found that 74 percent of construction companies are having trouble finding skilled workers.

The most frequently reported positions contractors are having trouble filling include carpenters, equipment operators and laborers, according to the survey. Meanwhile, 53 percent of responding contractors reported having a hard time filling professional positions such as project supervisors, estimators and engineers.

And the majority of the contractors reporting these difficulties expect them to continue. Of the respondents, 86 percent said they “expect it will remain difficult or get harder” to find skilled workers. And 72 percent said “the market for professional positions will remain hard or get worse,” while 74 percent feel there aren’t enough skilled workers to meet future demand.

Nearly half of the respondents say they don’t think there are enough construction professionals available either.

However, many contractors aren’t just sitting on their hands. The AGC survey found that many construction companies are taking steps to prepare future construction workers.

Of the respondents, 48 percent are mentoring future workers, 38 percent are participating in career fairs and 33 percent are supporting high school-level construction skills academies. In addition, 47 percent of responding firms are offering internships for construction professionals. 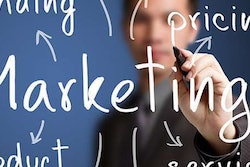 Five tips for growth from an expert construction marketer 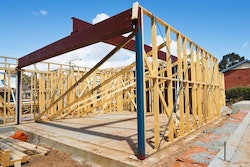 Construction spending up 0.6% in July to highest mark since June 2009