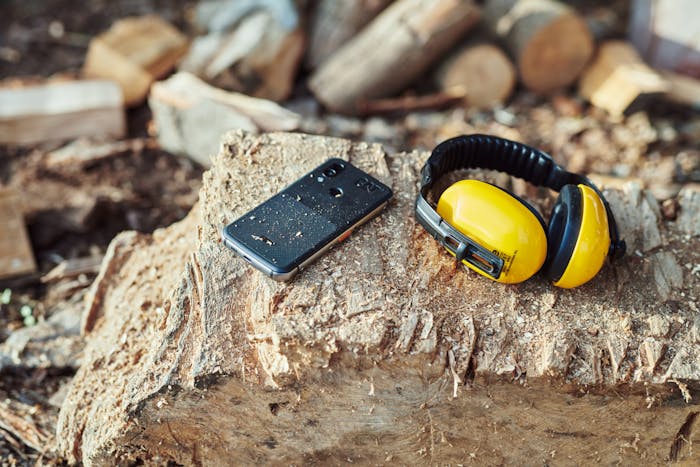 The Cat S62 phone is promoted as a work/life device that offers a sleek design while retaining its rugged DNA.
Bullitt

In fact, Cat phone licensee Bullitt Group is promoting the S62 as the perfect work-life crossover device. "We want to have devices that work not just on the jobsite but in our everyday lives. That's why the S62 maintains its rugged DNA but comes in a form that's a little more appealing to the prosumer," says Steve Morgan, Bullitt's head of channel marketing.

There are some downsides to factor in before we go further. The S62 is currently only available on T-Mobile and, as with the other Cat phones, it's Android only. It also does not have the FLIR thermal camera, unlike its recently announced S62 Pro. And while it currently does not have 5G capabilities, Bullitt says it's "on the roadmap." 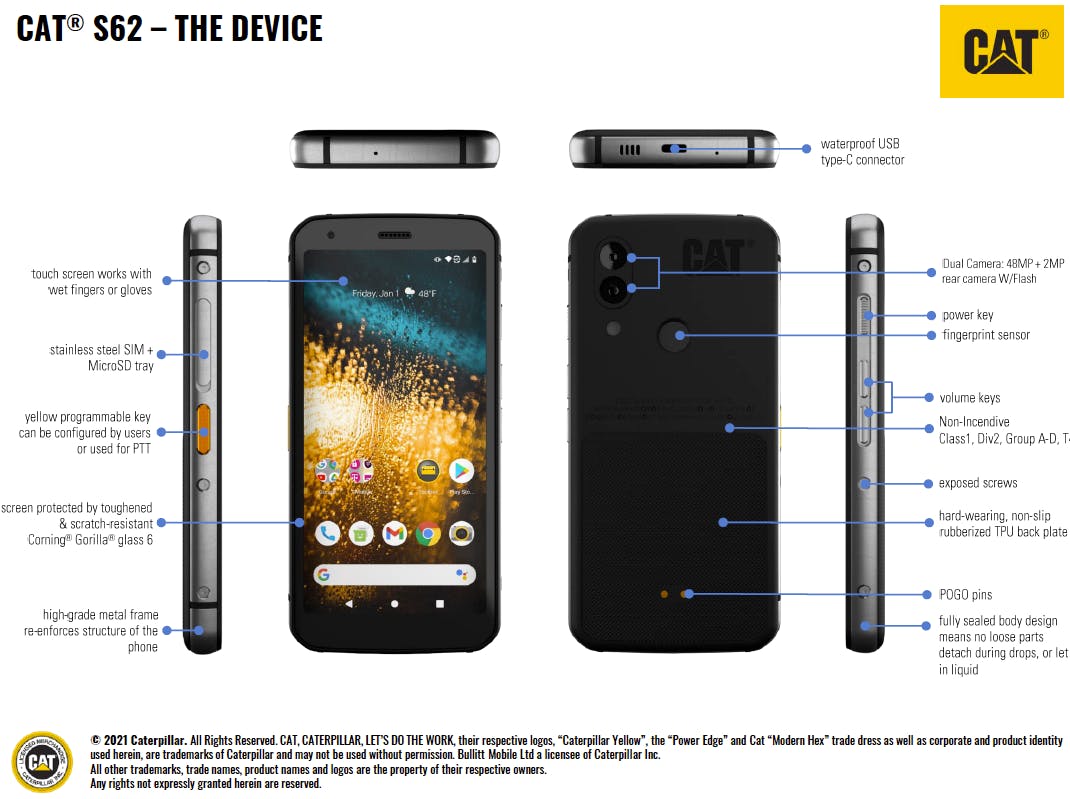 As Morgan mentioned, the S62 has some extensive "rugged DNA" claims. "We drop tested this in multiple 6-foot drops onto steel on every side and every corner," he says.

Compared with previous Cat phones, the S62 just looks different. "It doesn't have the rubber overmolding or the raised edges, but it's got the same rocket engine," Morgan says.

With a built-in case, the phone avoids some case negatives, he adds. "Cases are great places for germs to hide." Plus, with toughness built into the entire device, you're not just relying on the case for protection.

Another aspect that will be appreciated by many: its 4,000mAh battery can last for up to two days (based on 3G connectivity and subject to usage) before needing a charge. It also supports Qi Wireless Charging, Quick Charge 4.0 and Pogo pins for rapid charges.

The phone also has a loudspeaker and a waterproof USB type C connector on the bottom and a stainless steel surround around. It has a stainless steel SIM micro SD card tray. It also has a 48 MP+ 2 MP rear camera/8 MP front camera with flash, portrait, panorama, beauty modes, along with 4X zoom.

The phone includes a fingerprint sensor for security, login and remote payments. It also has a dedicated programmable side button for push-to-talk capabilities or instant access to the camera, flashlight or another app.

Bullitt also teased a Cat flip phone that's "coming up shortly." "We understand and appreciate that flip phones have a definite place in the market," says Morgan. 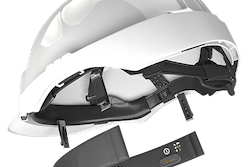 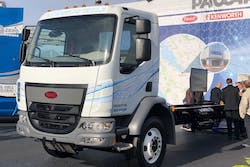 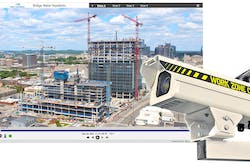 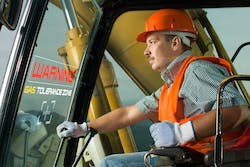