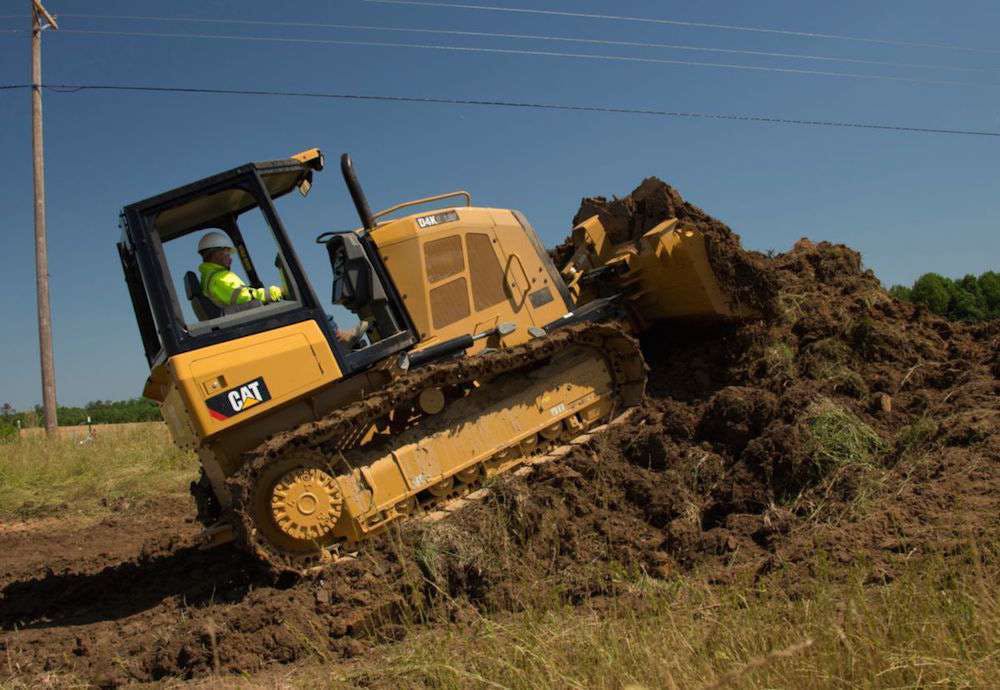 It’s no secret that, among owners and operators in the construction industry, there’s a healthy amount of distrust of or flat-out disinterest in a lot of the technology heavy equipment manufacturers are now loading onto their machines. Adoption rates of telematics/machine monitoring, more economical and customizable engine power modes and GPS grading, are all low within the industry, despite these technologies’ capability to save owners serious time and money.

It’s a clash of ideologies. A disagreement between methods of getting important work done that have been proven over the course of decades and relatively young, and usually expensive, technology that many owners and operators have little to no experience with.

But the manufacturers have their own technological issues. Heavy equipment companies have distinct corporate and manufacturing cultures that they have depended on, in Caterpillar’s case for nearly a century, to efficiently produce giant pieces of complex machinery.

And now, with the rapid growth of technology, no industry, no matter how old or established is safe from the threat of disruption. So, how do you pivot a giant like Cat into a digital age? There’s tough sledding ahead for sure, but Cat has a very clear, concise vision for its future and what it will take to survive.

“Our business runs on uptime for our customers,” says Cat CEO Doug Oberhelman. “If we do it at a lower cost than our competitors, we win.”

And to accomplish it, Cat has partnered with a company that is its exact opposite in many ways.

Oberhelman spoke Thursday at a Chicago event focusing on disruptive technology, specifically the Internet of Things (IoT). He was joined on stage by Brad Keywell, the CEO of Uptake, the young analytics firm Cat has invested in to bring predictive data to its machines around the world.

Cat announced in April it had made a minority investment in Uptake and the move was framed at the Thursday event, hosted by non-profit group Chicago Ideas Week, as a way to create a network out of the 3 million Caterpillar engines and machines around the world, each talking to and learning from one another while commnicating back to Cat in an effort to discover and prevent maintenance issues before they happen.

At the same event, Mark Spates, the president of the Internet of Things Consortium and a developer of IoT and connected home technologies at Google, explained that efforts like Cat’s are part of the world’s transition into the Intelligence Age. “We’ve been in the Information Age since the 80s,” Spates explained, sparked by the advent of the personal computer. “But as more things are connected, we’re going to have more data. The Intelligence Age means figuring out how to use that data.”

The good news is that Cat has a clear mission for its data, but there is still a major challenge for it and Uptake to solve. Oberhelman and Keywell addressed that work and more at the event, which was the first time the two have publicly discussed the partnership.

So far the collaboration is shaping up to be one hell of a productive culture clash. 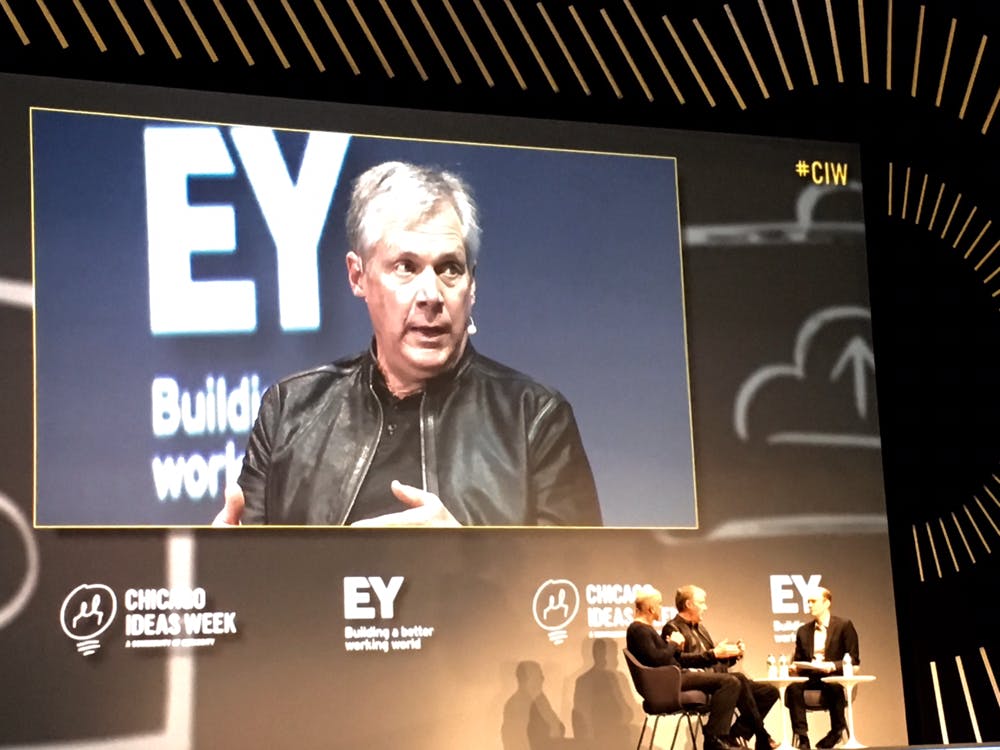 There aren’t too many CEOs of 90-year-old companies out there who can say they’ve been with those companies for nearly half of their existence. Even fewer of them have been asked to lead off a discussion on disruptive tech.

And in that settting, it’s not totally out of bounds to expect a certain amount of stiffness when said CEO is surrounded by young programmers and skinny jeans.

But not Oberhelman. He coolly walked onto the Cadillac Palace Theater stage wearing a black leather jacket and without hesitation admitted Caterpillar needed help pivoting into the connected era.

“If we don’t do this, somebody else will,” he explained. “We decided that maybe we better disrupt ourselves—in our own way—before somebody does an Uber to us,” referring to the popular ride-sharing service that has caused a world of hurt to taxi services around the globe.

And that’s precisely the reason Cat is working with Uptake, a partnership that came about from Keywell’s and Oberhelman’s friendship. The two got acquainted about five years ago when Keywell reached out to Oberhelman to ask for Cat’s involvement in Chicago Ideas Week.

About a year ago, Keywell, who years before co-founded popular local deals site Groupon, co-founded Uptake. Meanwhile, Caterpillar was looking to partner with a technology company in order to avoid getting “Ubered.” Oberhelman said the company considered conducting a search in Silicon Valley, but the connection with Keywell, Uptake’s strong data crunching and the company’s location in nearby Chicago were too much to pass up.

“I’ve been at Caterpillar 40 years and this is the most exicting thing I’ve seen in a long, long time,” Oberhelman said.

In past articles we’ve talked at length about the Uptake partnership and the “Age of Analytics” Cat is hoping to bring about. But on Thursday, Oberhelman needed to distill it all down to a single scenario for those in the audience, most of whom have likely never been within 10 feet of a piece of yellow iron.

“Imagine a bulldozer working on the Dan Ryan (Expressway),” he said. “All the sensors on the machine are hooked up and let’s say we notice there’s a vibration beginning to start. Based on Uptake’s algorithm, we know that (symptom) could lead to a failure in eight hours.”

“When we see that, we can immediately send a technician to these machines anywhere in the world. If a part is needed, the supplier gets that order at exactly the same time. It’s instantaneous.”

But the way it works in most situations today, Oberhelman said, is a tech shows up, assesses the situation, leaves for parts and tools and then comes back. “It’s this whole process,” he sighed. With the Uptake partnership, Cat is hoping for “lots of compression of cost, a reduction of waste or the leaning of everything, as we would say in manufacturing,” Oberhelman said.

So, in a way, you might consider Caterpillar’s new technology push as another element of its recently-announced cost-cutting plan.

Design that justifies its existence

The Uptake algorithm Oberhelman mentioned was created using historical data on past causes of downtime on Cat machines and it works in tandem with the machines’ ability to communicate with one another and learn from each other’s performance and downtime, Keywell said. 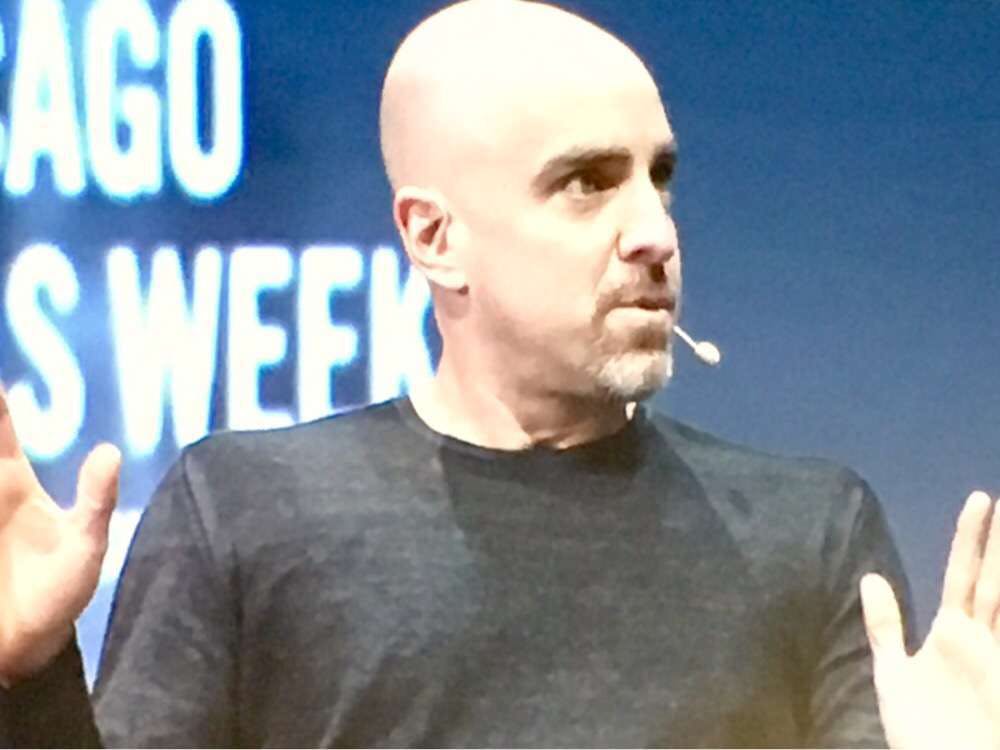 Keywell says that level of insight combined with how tightly the Uptake and Cat teams are already working together has resulted in some really powerful solutions designed in tandem.

But Keywell notes there is still one nut to crack.

“We’re leveraging this massive historical data asset to make sure our preductions are the best…But there’s still a human being involved,” he said, referring to the operator of all those Cat-powered dozers, loaders and ships.

Uptake and Cat aren’t brushing this off or waiting around for the current generation of owners and operators to age out of the industry, making room for those who are more trusting in technology. Keywell instead said they are committed to figuring out an interface and user experience that makes it all click for current owners and operators of Cat machines.

“How do you use the best technology and the best interface so that when you present the best action to take to the user, they don’t blow it off?” he asked.

In order to solve this chellenge, Uptake and Cat are relying heavily on their close relationship.

Plus, Uptake’s work with Caterpillar is fueled by a lot of hands-on experience with the equipment on active jobsites, Keywell said. “On day one at Uptake, new hires get a pair of construction boots,” he said. “It sets the tone. You’re going to get out there in the field. You’re not just going to write code.”

Keywell added that the number of parts and components that can be monitored on heavy equipment will likely grow.

“The cost of sensors are coming down to almost nothing, much in the same way as (computer) chips, so the ability to monitor everything is becoming almost free,” he said. “To connect that data or sensor point to the cloud is becoming a commodity.” 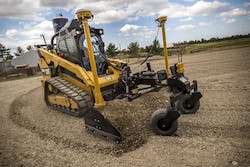 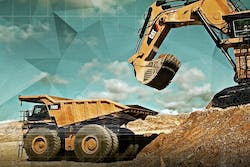 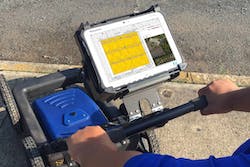 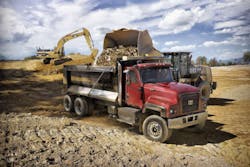