In the midst of a third straight year of down sales and revenues, Caterpillar has announced further cost cutting and restructuring in order to lessen the impact of what will likely be off a fourth-straight down year in 2016—a first in the company’s nearly century-long history.

Planning large workforce cuts and the consolidation and closures of its manufacturing facilities all over the world, Caterpillar says its latest cost reduction plan is expected to save the company $1.5 billion annually once it is fully implemented.

In addition, Cat is planning extensive facility consolidations and closures in the next two years which could impact as many as 20 facilities.

The company plans to start the new cost-cutting efforts in the fourth quarter of this year.

As part of the announcement, Cat decreased its expectation for 2015 sales and revenues by $1 billion to $48 billion. And while the company typically saves its outlook for the following year for its third-quarter earnings report, Cat shared that it expects 2016 sales and revenues to drop 5 percent below 2015.

Of the $1.5 billion in expected savings, the company says slightly less than half will be the result of lower selling, general and administrative costs, with effects being seen in 2016 across the company.

The remaining savings will come from lower manufacturing costs from the consolidations and closures. These savings are expected to be seen in 2016 with additional savings in 2017 and 2018, the company says.

The new cuts are the latest of many over the last three years for the company. Since 2013 the company has announced plans to close or consolidate more than 20 facilities and since mid-2012 has reduced its total workforce by more than 31,000. So far in 2015 alone, Cat has cut more than 1,000 employees over the course of six rounds of layoffs.

“We are facing a convergence of challenging marketplace conditions in key regions and industry sectors—namely in mining and energy,” Cat CEO and chairman Doug Oberhelman said in a statement. “While we’ve already made substantial adjustments as these market conditions have emerged, we are taking even more decisive actions now. We don’t make these decisions lightly, but I’m confident these additional steps will better position Caterpillar to deliver solid results when demand improves.”

After beating estimates in the first quarter, Cat revenues fell by 13 percent in the second quarter to $12.3 billion while profit fell 29 percent to $710 million. A long-standing lack of demand for mining equipment coupled with the more recent dip in sales to the energy sector have proven to be a fairly devastating one-two punch.

The company’s restructuring announcement comes just two days after Chris Curfman, Cat’s vice president for mining, announced his plans to retire at the end of the year after 20 years with the company. Cat also announced today an organizational restructuring for its mining division in addition to its customer- and dealer-facing divisions.

“However, several of the key industries we serve—including mining, oil and gas, construction and rail—have a long history of substantial cyclicality,” Oberhelman added. “While they are the right businesses to be in for the long term, we have to manage through what can be considerable and sometimes prolonged downturns.” 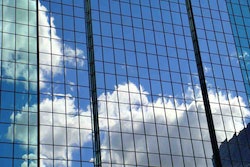