New EDGE Breakers Better than Ever!

July 15, 2011 — CEAttachments, Inc., a global supplier of attachments for compact equipment, announces the addition of new EDGE Breaker attachments for use on skid steer loaders and compact excavators.

New EDGE Breakers have been re-engineered for better performance than ever before.  Only two moving parts simplifies the hammer operation and reduces downtime.  Breaking force is generated by the hydraulic flow and pressure of the skid steer loader or compact excavator.  These new Breakers feature a nitrogen-charged backhead that increases the impact energy, maximizing hammer production.

Other features include an advanced hydraulic circuit which increases flow to the valve and piston for faster cycle times, increased tool penetration and more productivity per hour.  These new EDGE Breakers also have no through-bolts to constantly torque or replace, resulting in less maintenance.  Also featured is an easy to replace front wear bushing so that the hammer is always in perfect working condition.

EDGE Breakers are ideal for pulverizing concrete and rock quickly and easily into load-ready debris and are strong enough to break through the toughest materials.  Breakers are primarily used in construction and demolition projects, and are also ideal for municipalities.

EDGE Breakers are available in models for use on skid steer loaders as well as compact excavators.

The skid steer model Breakers come in impact energy classes from 375 lb.-ft. to 1,000 lb.-ft., and come standard with a moil point tool, hoses, hose saver kit and flat-faced couplers.  The EBS375 (375 lb.-ft.) and the EBS550 (550 lb.-ft.) skid steer models also feature a control valve that regulates the pressure and flow.

The compact excavator model Breakers come in impact energy classes from 150 lb.-ft. to 1,500 lb.-ft. and come standard with a moil point tool.  Mounting brackets are also available for most compact excavators.

A number of breaker bits are offered to give the necessary precision to break up portions of concrete or asphalt while protecting the remainder from stress.  Moil points, chisel bits, inline and cross cut asphalt cutters and blunt tools are available for various breakers, and a tamper tool is also available to compact soil in small areas.

See these new EDGE Breakers and accessories, specs and video from CEAttachments on the website at www.ceattachments.com.

CEAttachments is a full service international wholesale distributor of attachments and accessories for all brands and models of compact equipment including skid steer loaders, compact excavators and compact utility tractors. 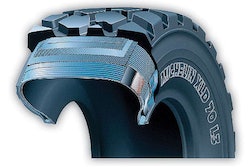 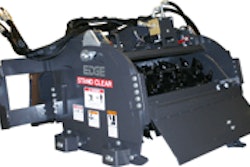 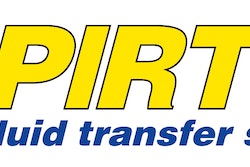