Despite DEF shortages that struck Australia and Korea late last year, manufacturers of diesel exhaust fluid in the U.S. maintain that they are confident in the domestic supply.

“There does seem to be some consternation about prices,” says Chris Close, director of corporate communications for CF Industries, the largest supplier of DEF in North America. “Prices are up, as is most every nitrogen product, largely due to natural gas prices.”

Natural gas is the largest cost in the production of nitrogen products such as DEF.

The rising DEF prices experienced by some have been driven by a confluence of factors, including higher input costs and a decline in urea exports, but issues with the rail system have been the most problematic.

Russia is the world’s largest exporter of urea, the main ingredient in DEF. Due to the ongoing war between Russia and Ukraine, worldwide sanctions have been imposed against the exporter, and transportation routes have been disrupted.

On top of that, China, another major exporter of the chemical, restricted its exports in July 2021 to keep up with domestic agriculture demand, as urea is also a main component of fertilizer. The country is expected to resume exports in the coming months.

Manufacturer input costs will continue to remain elevated for as long as exports are restricted and natural gas and coal prices remain high. While the U.S. boasts strong domestic urea production, it is still the third-largest importer of the chemical.

While many construction contractors buy DEF in bulk from lubricant suppliers, some still prefer to source it in smaller quantities from local truck stops, citing a fresher product due to the volume sold on a weekly basis.

In an April 27 testimony at a Surface Transportation Board hearing, Shameek Konar, CEO of Pilot Flying J – the largest network of travel centers in the United States – said service reductions by railroads have disrupted its DEF deliveries.

Pilot, which currently supplies 30 percent of the country’s DEF, was instructed by Union Pacific to reduce its deliveries by 26 to 50 percent, or face a shipment embargo, according to Konar.

To put that in context, Konar said, “Of the 300-plus million gallons of DEF Pilot supplies to the industry every year, 74 percent is moved via rail. Union Pacific’s restrictions will keep Pilot from keeping many markets adequately supplied with DEF, likely causing shortages that will sideline trucks and reduce trucking capacity. A single railcar carries 21,500 gallons of DEF on average. A single truck generally takes in seven gallons of DEF every time they fill. That implies that a single railcar is basically providing 3,000 trucks worth of DEF fills. Every railcar that gets missed in terms of DEF delivery will reduce trucking potential by 5 million miles.”

While Pilot is not currently experiencing any shortages in its supply of DEF, Brad Jenkins, senior vice president of supply and distribution, told Equipment World's sister publication CCJ that the company continues "to work diligently with our expansive network of suppliers and partners to keep a consistent supply of DEF available for our customers and guests to ensure that North America’s over-the-road commercial trucking remains strong.”

Close told Equipment World that CF Industries was issued a similar request from Union Pacific. After discussions, the company was allotted a small number of additional shipping slots. The company is unaware of any shortage right now.

NATSO, an association representing the truck stop and travel center industry, requested and received an amendment to a previously granted hours-of-service waivers for haulers of gasoline, diesel, jet fuel, ethyl alcohol and heating fuel including propane, natural gas and heating oil. As of the end of May, DEF haulers were granted the same exemptions and conditions through at least August 31.

Should I Delete or Tune My Emissions System?

So while the supply hiccups may make it may sound appealing to delete the DEF system on your construction equipment and trucks, not so fast.

Whether on-highway or off-highway, it is illegal to tamper with the emissions systems on any vehicle or piece of equipment with a diesel engine. Removing the emissions system or using an aftermarket device to bypass, defeat or render the system inoperable can result in heavy fines.

The EPA has made Stopping Aftermarket Defeat Devices for Vehicles and Engines a National Compliance Initiative for 2020-2023. Manufacturers, dealers or service shops found in violation of the Clean Air Act may be subject to a civil penalty of up to $48,192. Individuals may be charged up to $4,819 for each act of tampering, and $4,819 for each aftermarket defeat device. These amounts periodically increase with inflation.

In addition, tampering with your emissions system can void your warranty and affect your trade-in value. Reputable dealers will not service a tuned machine or accept it as a trade-in.

That tune could also negatively impact other components of your machine, resulting in hefty out-of-pocket expenses once your warranty is blown.

Despite the allure of ditching DEF, it’s not worth the risk. 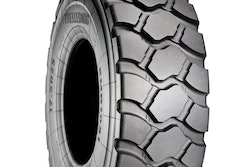 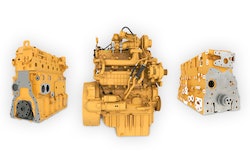 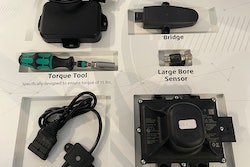 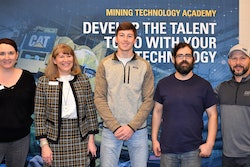