Learning the logistics of DEF

With the Tier 4 Final era up and running, use of diesel exhaust fluid (DEF) in the off-road market is growing at 30 to 40 percent a year. If you haven’t started using it yet, it’s likely you will eventually. It’s worth your while to learn how to handle this essential fluid, so a shortage won’t interrupt your operations.

DEF fluid is used in most of today’s diesel engines over 75 horsepower to reduce exhaust emissions in selective catalytic reduction systems (SCR). Without it, these new engines will not run.

You can get DEF in everything from gallon jugs to 330-gallon totes or have it delivered by tanker truck, says Luke Van Wyk, vice president of sales, Thunder Creek Equipment. The tote is typically kept in the shop, and machines are either topped off there or the DEF is pumped into a truck or trailer mounted transfer tank ranging from 20 to 100 gallons and distributed in the field.

Many contractors, however, are still getting by with 2.5-gallon jugs, says Van Wyk. Since the DEF burn rate is typically calculated at 3 to 5 percent of the diesel-fuel burn, those will suffice for small operators. But there is a price penalty to pay. At retail, you’ll pay as much as $4 a gallon for DEF, while bulk purchases in totes can cost as little as $2 a gallon, he says.

It took the industry awhile to settle into a pattern for DEF delivery and distribution. The original thought was that fuel suppliers would put DEF tanks on their fuel trucks and deliver the two side by side. But for a lot of reasons, that hasn’t become the dominant distribution strategy. The margins on DEF are low and cost of the capital equipment is high, says Van Wyk, and the volume of DEF they are selling is a fraction of what they sell in diesel fuel.

“It depends on fleet size, but for most of the contractors we talk to, 100 gallons of DEF is enough to get them through the week,” he says. “Most of the fuel jobbers distributing DEF are doing it in package units, jugs or IBC totes.”

Running out of DEF, in the shop or on a machine, isn’t as simple as running out of diesel fuel. If you ignore the warning lights and let the machine derate or stop, it may require a dealer technician to come out to the field to reset the machine’s electronic control module. “You can’t simply put more DEF in the tank and start it back up,” says John Cleary, key accounts manager – rental at Western Global. “You will get a warning, but the EPA does not want people to subvert an environmentally friendly device.”

One of the most important things to remember about DEF is to buy it from a reputable supplier. “There are still quite a few backyard blenders out there,” Van Wyk says. “Don’t buy your DEF on price alone or just where you can get it.”

DEF purity is essential to the effective functioning of an SCR system. Even a teaspoon of contamination in 5,000 gallons can cause problems with your equipment.

The most reliable guarantee for DEF purity comes from the American Petroleum Institute – the same people that certify lube oil standards. The API first got involved in testing and certifying DEF in 2009 after an SCR stakeholders group formed by SAE asked them to implement a licensing program, says Kevin Ferrick, a senior manager at API. Since then, API has gone on to grant 91 licenses in six countries and for 174 DEF products.

The qualifications for meeting API’s licensing standard is ISO specification 22241-3. But ISO just sets the standard. API uses aftermarket audit contractors to do the sampling and verifying that products meet the spec, says Jeff Harmening. “We will try to sample and test every licensed product that we have at least once a year, more if we can,” says Harmening. As with its lube oil certification, API allows vendors that meet the requirements to put an API logo or seal of approval on their products.

To avoid any contamination issues, only buy DEF that has the API logo or states that it meets ISO 22241-1. Although you probably won’t run into it, there is a different spec, ISO 18611, for DEF used in marine and some railroad and stationary power applications. This DEF formulation has a higher concentration of urea (40 percent versus 32.5 percent for on- and off-road DEF) and should not be used in your equipment or trucks.

And while the API license will ensure the DEF meets purity standards, the biggest source of DEF contamination still comes from indiscriminate use of containers, says Van Wyk. “Operators refill from the tote and use whatever jugs are lying around and contaminate the product from whatever was in the container before,” he says.

The damage this causes will vary depending on the amount of contamination and the length of time the machine or truck runs on dirty DEF. “Most of the contamination issues we see in the field can be fixed with a flush or maybe changing out some components,” says Van Wyk. But long-term exposure to contaminated fluid could poison the catalysts used in an SCR system and require an expensive replacement, he adds.

The key is to buy quality DEF, use DEF-compatible containers to move it and store it where it’s not subject to extreme heat or cold. Do your diligence on the supplier and how they bring the product to you. In addition to specifying DEF purity, ISO 22241-3 can give you detailed specifications for DEF handling, transportation storage and refilling.

As for handling DEF, always transfer it in a dedicated and appropriate container – stainless steel, polypropylene or high-density polyethylene. Do not reuse old plastic jugs or build your own DEF dispensing systems out of off-the-shelf steel components. Keep refill sites and equipment clean and dust free. Store your DEF where it won’t freeze. (Freezing won’t hurt it, but it will make it impossible to pump until it thaws.) Keep tabs on the shelf life. DEF can be stored in colder climates for 18 to 36 months. In warmer climates that may only be 12 to 18 months.

For more information on Tier 4 Final engines and DEF handling and management download our free white paper at www.equipmentworld.com/Tier4. 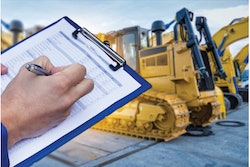 Lubes, coolants and greases are easy to overlook, but small mistakes can lead to big problems 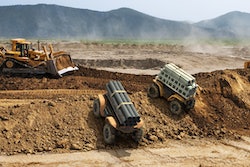 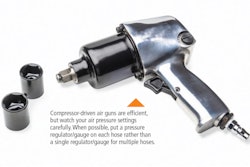