The tire market is a precise, refined, mature market that has, for the most part, relied on pneumatic tires for more than a century. Despite the vulnerability associated with air loss, pneumatic tires became the dominant technology thanks to several performance advantages – low contact pressure, low vertical stiffness, low rolling resistance over rough surfaces and low mass per unit load carried.

So, when Michelin’s engineers were asked to replicate the basic characteristics of a pneumatic tire without the potential for pressure loss and rapid failure, they asked themselves one question. How do we get rid of the air?

“Our engineers have spent a decade refining the Tweel,” says Jack Olney, marketing and sales for Michelin Tweel Technologies. “They’ve overcome many hurdles to make it commercially available.”

The engineers discovered a top-loader airless radial tire was the solution. The Tweel is composed of a shear beam made from steel and rubber connected to a rigid or deformable hub with thin, deformable polyurethane spokes that transfer the load around the circumference of the tread band. It has a simple design that replaces the 23 components found in a radial tire with just six.

The tire works similar to a bicycle wheel, with the load carrying structure distributed over the entire volume.

Since the whole structure participates in carrying the load simultaneously, no portion of the wheel is unnecessary. The load at the ground is transmitted around the structure where it can be “hung” from the top. It works in a similar fashion to a suspension bridge, says Tim Fulton, head of Tweel Technologies for Michelin.

With no air, there are no flats and no blowouts, yet the Tweel retains the performance advantages of a pneumatic tire. The Tweel is even retreadable. Michelin launched its first commercial Tweel, the X-Tweel SSL skid steer tire, this April. Fulton says it was a simple choice to make.

“With skid steers, there’s not a lot of suspension, no ABS, no dynamic handling system – it’s a simple platform,” he says. “We wanted to start with a construction tire because the need is very high.”

Although we’ve been seeing and hearing about the Tweel concept for a decade, in 2013 Michelin brought the tire to market, and in a construction application. In an industry in which tires are expensive to purchase and easy to destroy, an airless tire that offers the benefits of a pneumatic is a game-changer for contractors looking to lower their total cost of ownership. 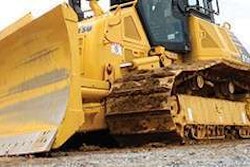 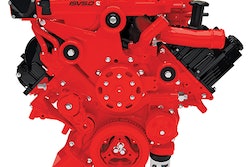 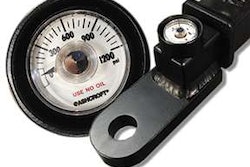