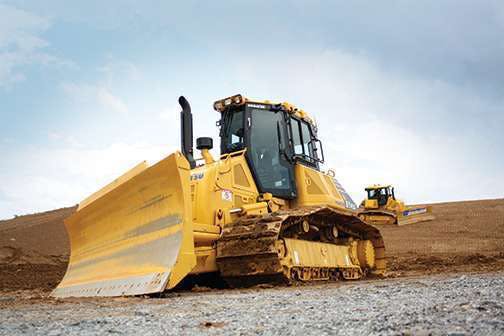 When it came to bringing the D61i-23 dozer to market, Komatsu engineers decided that they wanted to take the next step forward in the evolution of machine control. There are plenty of plug-and-play aftermarket machine control options available, but Komatsu wanted to seamlessly integrate machine control into the dozer body itself.

And beyond that, they wanted to make the first dozer that runs fully automated from first to last pass. But accomplishing that goal was anything but simple. “To be able to go from rough to finish grade in auto mode – that the machine can maximize blade load all on its own and it can manage track slip on its own in those rough cutting areas so you get that maximum productivity – that was an engineering feat in and of itself,” says Peter Robson, Komatsu director of Intelligent Machine Controls.

To allow the D61i-23’s machine control to pull in all of that data from the blade, Komatsu engineers developed an enhanced Inertial Measuring Unit (IMU+) and paired it with stroke-sensing hydraulic cylinders. The IMU+ does away with the need for blade-mounted sensors like you see on traditional aftermarket solutions and the stroke-sensing cylinders allow the system to know the angle of the blade.

That allowed the team to eliminate any cables between the blade and the cab and move the GNSS antenna from the blade edge back to a small cap atop the roof of the cab. However, that presented another challenge: retaining the optimal accuracy third-party antennas get when mounted to the blade.

“We had to meet the accuracy of the aftermarket system,” Robson says. “When you go to remove the blade components off the machine and bring back that calculation inboard to where you’re reading where the tracks are sitting as you finish grade and you’ve got the machine’s fulcrum point right in the middle, to move that back and retain blade accuracy was a huge challenge.”

Robson says that complicated calculation was solved through a strategic alliance with Topcon and the development of an enhanced logic, or MCR3, controller. “The typical GPS information comes to the MCR3 controller and then once it goes through an output it goes through Komatsu’s controllers as to what to do with the blade and the track slip. Especially during that rough cut process,” Robson says.

Another benefit of moving the machine control equipment off the blade is protecting those costly components from damage. “Every little bump is magnified because the blade is so far out,” says Komatsu engineer Jason Anetsberger.

Anetsberger notes that the position of the GNSS antenna also makes it prone to getting snagged on trees or being stolen. In the end, Komatsu engineers spent a large portion of the three to four years spent designing the D61i-23 getting all the components into the body of the machine. “The voice of the customer told us for many years how great that would be not to have that out there,” Robson says.

At a time when a skilled worker shortage is severely affecting contractors across the country and impacting their ability to contribute to the industry’s recovery, a machine Robson says is easier to operate than a hydrostatic lawnmower is a big deal. In addition, automating rough dozing helps make every pass count, and making operator skill less of a factor.The D61i-23 can actually be operated completely hands-free until you need to change direction. The machine simply amounts to a big savings in training and operation time. 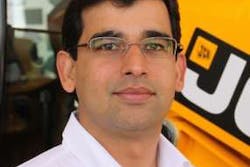 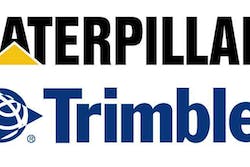 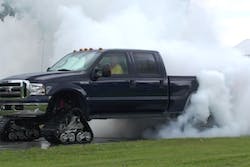 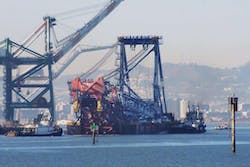