Terex profit falls 24% in 3Q as sales slip across divisions

Citing a marketplace that “remains challenging,” Terex announced another down quarter for the year, with its Aerial Work Platforms division continuing to provide the majority of positive news for the company.

“As mentioned last quarter, we are seeing pricing pressure in the marketplace, which to date we have been able to mostly offset by reductions in material input costs,” Terex chairman and CEO Ron DeFeo said in a statement. “We continue to execute very well against the cost saving initiatives that we have previously communicated.”

DeFeo added the company is still working toward completing its merger with Finnish manufacturer Konecranes which was announced in August. DeFeo said the deal, “when combined with the improvements already underway creates a compelling financial improvement story in an otherwise flat market.”

The AWP division saw sales fall 4 percent during the quarter to $574 million, which the company considers a strong performance given the difficulty of the market. Crane sales fell 2 percent to $412 million and construction sales fell 13 percent to $180.1 million.

DeFeo said the company’s expectation for full-year sales in 2015 is now in the low end of the $6.2 billion to $6.6 billion range announced with its fiscal 2014 report. 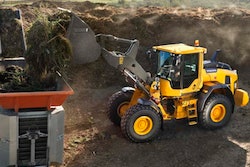 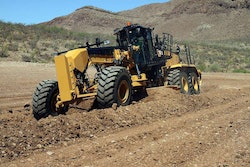 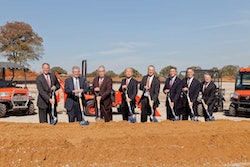