“After completing my 100-day listening tour,” says new CEO Ravi Saligram, “it is clear that we have a solid business model with a significant runway ahead of it. I plan to get our organization laser focused on increasing shareholder value by reinvigorating revenue and earnings growth, optimizing our capital allocation and structure, and enhancing our ROIC.” Saligram replaced Peter Blake earlier this year.

Ritchie sold approximately $1.2 billion of equipment and other assets to online buyers during the first nine months of 2014, a 16 percent increase compared with 2013. Internet bidders comprised more than 60 percent of the total auction bidder registrations.

Saligram said today he will announce a strategic roadmap for the international equipment auction firm on Jan. 12, focusing on “reinvigorating revenue and earnings growth, optimizing capital allocation and structure and improving return on net assets.”

Part of this strategic plan will be to establish a more localized and decentralized structure in part to “foster an increased sense of urgency,” put in place a data-centric, customer focused leadership team to exploit new channels, and leverage its customer and and equipment data to develop “powerful insights that will sharpen our strategic focus,” Ritchie says.

Ritchie also announced the departure of Bob Armstrong, an 18-year veteran with the firm, and most recently chief strategic development officer. 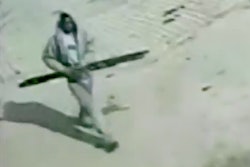