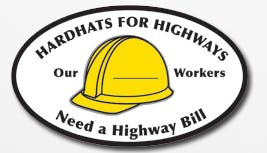 A group of associations and labor unions is working to alert Congress to the looming insolvency of the Highway Trust Fund (HTF)—the main source of highway infrastructure funding, which could run out as early as August.

The Transportation Construction Coalition (TCC)—an alliance of 29 associations and labor unions focused on federal funding and surface transportation program policy issues—has formed the “Hardhats for Highways” campaign, which aims to encourage transportation construction companies and their employees to contact their congressmen to let them know how failure to take action with a new transportation bill will affect local jobs.

TCC is offering “Hardhats for Highways” decals that construction companies and workers can use to send Congress the message to fix the HTF. Those interested can request a decal by clicking here, then write on the decal the number of jobs at their firm rely on federal highway funding, affix it to a hardhat and present the hardhat, or have it delivered, to their local representatives and senators.

Additionally, advocates can send lawmakers “e-Hardhat” messages that explain how many jobs at their company rely on federal funding. These messages also encourage members of Congress to support new federal transportation funding.

“Members of Congress need to understand how many people back home are counting on federal transportation investments,” said Stephen E. Sandherr, the coalition’s co-chair and chief executive officer of the Associated General Contractors of America (AGC).  “Investing in roads and bridges not only makes our broader economy more efficient and vibrant, it puts a lot of men and women to work in every part of the country.”

Pete Ruane, American Road & Transportation Builders Association (ARTBA) president and TCC co-chair, has previously pushed for a quick and effective solution by writing a letter to President Obama, testifying before the Senate Environment and Public Works (EPW) committee and speaking in a video about the need to fix the HTF. He said failure to enact a new funding bill in a timely manner affects more than just the roads.

“There will be a lot fewer hardhats on America’s highway, bridge and transit improvement projects if Congress doesn’t fix the Highway Trust Fund soon,” Ruane said.  “The livelihoods of hundreds of thousands of workers and their families depend upon Congress finding a long-term and sustainable solution to financing the nation’s surface transportation network.”

Sandherr and Ruane said the goal of the campaign is to let Congress know that the if the HTF runs out before a new bill is enacted, it would delay federal payments to states for already-approved federal-aid projects, halting future projects and costing hundreds of thousands of jobs.

TCC officials said the coalition will track how many firms present the hardhats and e-Hardhat messages. 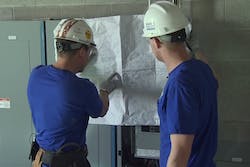 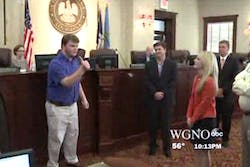 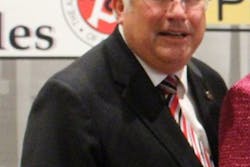