Following three straight years of growth, exports of construction equipment made in the U.S. fell 25 percent year-over-year in 2013.

A total of $20 billion worth of equipment was shipped from the U.S. to global markets, according to analysis of Commerce Department data by the Association of Equipment Manufacturers.

Exports to all global regions saw declines, according to AEM. Exports to Australia/Oceania saw the biggest decline, falling 66 percent to $1.3 billion.

Below is a ranking of the top 11 export destinations for U.S.-made construction equipment in 2013. 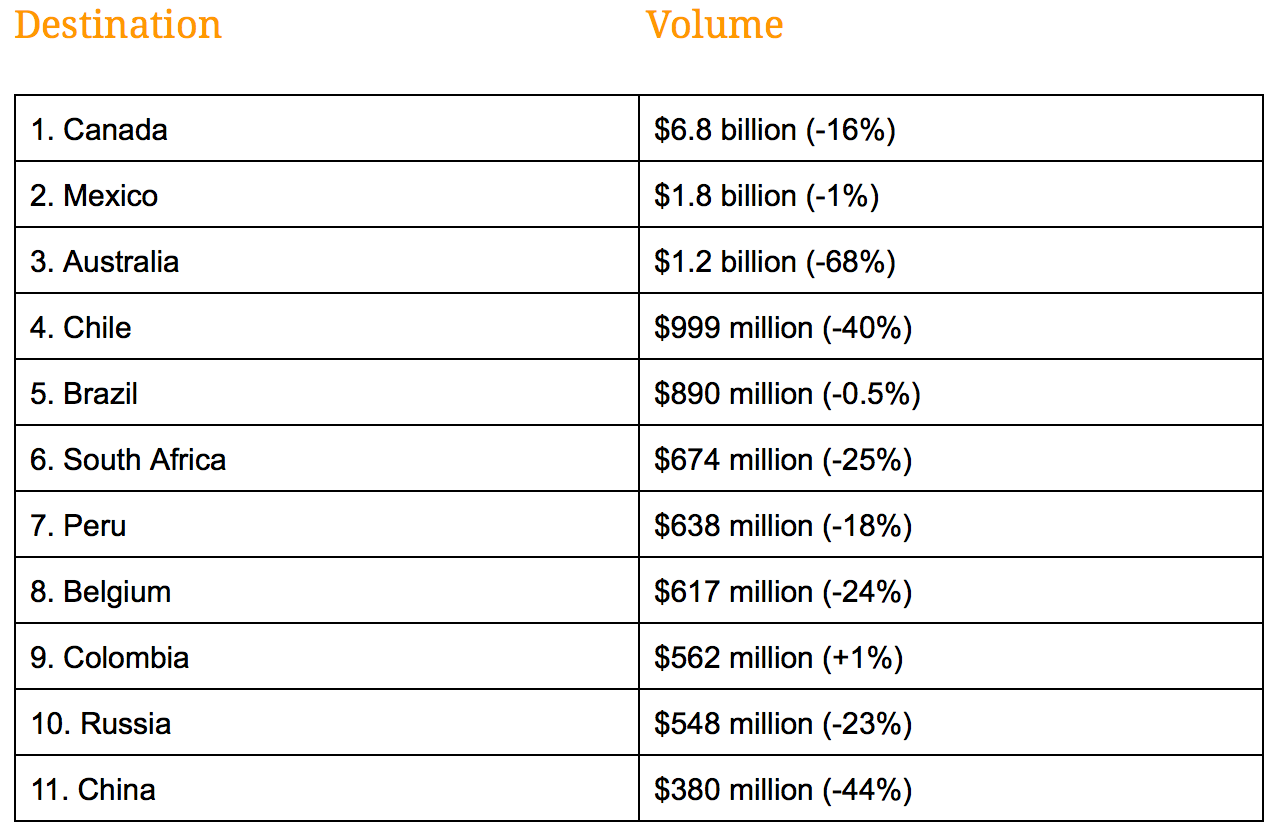