Electric trucks will still require skilled mechanics, but ask less of their time

Zero tailpipe emissions aside, one of the attractions to electric powertrains is a perceived reduced maintenance cost. The expectation is that electric trucks will require less maintenance since they feature fewer moving parts and require less fluid changes.

The question of what type of impact this will have on diesel mechanics is probably best illustrated by a video we wrote about last year posted to YouTube by a mechanic who, after seeing Tesla CEO Elon Musk unveil the company’s electric Semi, predicted the battery-powered truck would likely put he and other mechanics “out of a job in the next 10 to 15 years.”

Clarity on just how much savings an electric truck can provide isn’t quite clear since there are so few of them on the road in a commercial setting. An inability to sell the maintenance benefits with hard data will likely slow adoption until those figures begin to firm up, says Chris Nordh, director of advanced vehicle technology for Ryder System, Inc. Ryder leases and rents a fleet of Class 5 electric vans manufactured by Chinese-backed startup Chanje. Chanje’s Class 5 electric van weighs over a ton more than the largest Ford Transit model, while offering only about an additional 38 cubic feet of cargo space.

“I don’t think that it’s going to be the availability of the product and the technology. I think that’s coming along fairly quickly,” Nordh says of slow-growth adoption. “I think it’s going to be the proving out of the maintenance costs. There’s a lot of predictions being made about the reduction of costs but nobody has the data yet.”

After 30 years with Runnion Equipment Company – and plenty of key accomplishments along the way – Guy Tanney is retiring as the company’s longtime, well-known service manager.

“Guy has been a key part of our management team and will be greatly missed,” says Michael Prochot, President at Runnion Equipment. “He is knowledgeable, energetic and always ready to take on any challenge.”

Tanney joined Runnion in 1987 as a mechanic and nine years later was promoted to service manager. Tanney’s accomplishments include developing Runnion’s internal crane inspection guidelines. And in another key role, he supervised the hiring of technicians through the Runnion mentorship program.

McCann Industries, Inc. is expanding its territory as the exclusive full line dealer for Case Construction Equipment in both Indiana and Michigan.

The company says it is opening a new branch in each state to provide a reliable option for the construction industry. Both locations will offer the full line of Case Construction Equipment for sale or rent, plus parts and service and a line of construction tools.

A new survey by the Equipment Dealers Association (EDA) and the Association of Equipment Manufacturers (AEM) has found that fewer dealers than manufacturers anticipate negative impacts of the steel and aluminum tariffs pushed by President Donald Trump.

In April, the groups surveyed members about the anticipated impact on their businesses of the metal tariffs and also the Tax Cuts and Jobs Act.

There were substantial differences in the opinions of dealers compared to manufacturers over the recent trade tariffs imposed by the Trump Administration on steel and aluminum. 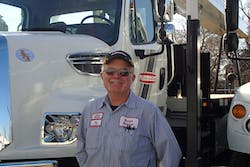 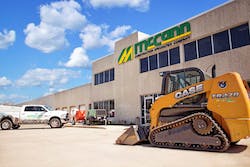 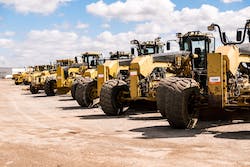 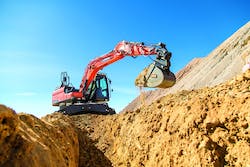