A new survey by the Equipment Dealers Association (EDA) and the Association of Equipment Manufacturers (AEM) has found that fewer dealers than manufacturers anticipate negative impacts of the steel and aluminum tariffs pushed by President Donald Trump.

In April, the groups surveyed members about the anticipated impact on their businesses of the metal tariffs and also the Tax Cuts and Jobs Act.

There were substantial differences in the opinions of dealers compared to manufacturers over the recent trade tariffs imposed by the Trump Administration on steel and aluminum, a press release on the survey reports.

“One surprising discrepancy was the opinion on how these tariffs would impact the U.S. economy,” the press release says.

“Although a substantial number of survey takers stated that they believe these tariffs will negatively impact the U.S. economy, it appears that a smaller percentage of dealer participants held this sentiment as compared to manufacturer participants.

“Only 45.5 percent of dealers said that the tariffs would negatively impact the economy as compared to 61.9 percent of manufacturers who said the same.”

“About 30 percent of equipment manufactured in the United States is eventually intended for export,” Dennis Slater, AEM president, has said. “Tariffs or quotas on steel and aluminum imports will burden U.S. manufacturers with higher costs while our competitors in China, India and Mexico will get a free pass to use the cheapest input materials they can find.”

The survey identified eight provisions of the new tax code and asked respondents to rank them from the most beneficial to the least beneficial for their company’s respective operations.

Dealers and manufacturers were in consensus that the two most beneficial provisions were  the lower corporate tax rate and secondly, the favorable expensing provisions for new and used equipment.

“When asked if there were any troubling components of Tax Cuts and Jobs Act, survey takers uniformly agreed that there were no provisions which they believed were negatively impacting their businesses,” the press release says.

This was the first of several Policy Pulse surveys that will be conducted in 2018.

To view additional data and analysis as well as comments from dealers and manufacturers who participated in the survey, click here.

The next EDA/AEM joint survey will be released this summer and cover new and used inventory.

About the trade groups behind the survey 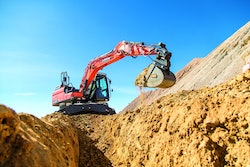 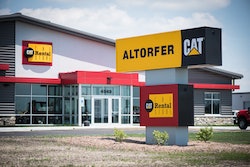 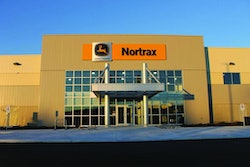 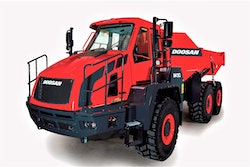