Vermet previously served as a regional business manager for Deutz in the South Central region, working with distributor Stewart & Stevenson in Houston, Texas. Prior to serving for Deutz, he worked for Penske Corporation, Toyota, Daimler Chrysler and Hino Trucks.

“Dire States was built on the concept of improving state and local infrastructure, and the positive personal and economic effect that infrastructure development has on rural communities—even when it comes to a single bridge,” says Scott Harris, vice president – North America, Case Construction Equipment. “This project in Pennsylvania represents exactly the type of impact Case is looking to create with Dire States.”

The township will replace and repair the Old Forge Bridge, which has had its weight limits lowered each of the last five years due to condition ratings. The bridge is reportedly on a major route in the area.

Ritchie Bros.’ third Houston auction of the year brought in more than $46 million in sales with more than 4,700 equipment items and trucks sold over the two-day event.

The company reports there were more than 4,250 bidders from 57 countries at the event, with more than 2,850 registering to bid online. Roughly 58 percent of the sales were to online bidders.

“We had a very successful auction with a wide range of equipment items and trucks selling for just about every sector,” says Ritchie Bros. Regional Sales Manager Alan McVicker. “Enthusiastic bidder turnout both onsite and online, along with strong pricing, helped make this our largest June auction ever in Houston. We had an impressive line-up of cranes that attracted a lot of attention from around the world, we were particularly pleased with the price we got for a customer selling a Manitowoc 16000 440-ton crawler crane that went for US$2.25 million. I would like to offer a big thank you to all of our consignors, bidders and buyers that continue to make our auctions great events.”

Shelby County, Tennessee, Sheriff’s deputies recently busted a longstanding theft ring responsible for the loss of more than $1 million in equipment and materials from residential jobsites in and around Memphis over a 10-year period.

Deputies said the Sheriff’s office had been aware of the theft ring for some time, telling WMAC TV 5 that they simply couldn’t track down the thieves responsible. That changed last week with the June 15 raid of a home in Memphis.

Deputies found their way to the house after studying surveillance footage. Inside, they found so much equipment, it took days to haul it all out. They also had a fight on their hands since some of the suspects inside the home fought deputies as they entered the home, WMAC reports.

As you pull off Gov. Williams Highway in Darlington, South Carolina, and onto the property of Sun Construction, the first thing you notice is how much land the company sits on. And if you keep your eyes to the right as you make your way down the long driveway, you get a clue as to why the office sits among so much green.

Just off this driveway is a silo. It’s one of few remnants from the many decades when the property was a dairy farm.

That dairy farm once belonged to owner Marshall Flowers’s father, Frank. “In the seventh grade our milking man gave daddy notice that he was going to work at the steel mill,” Flowers says. “So me and my two brothers were told that we were going to start milking cows before school and after school. We did that all through high school.” 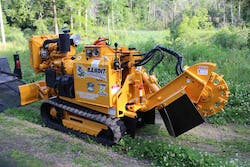 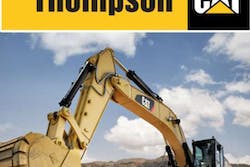 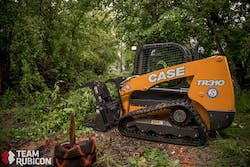 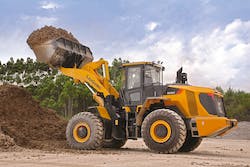