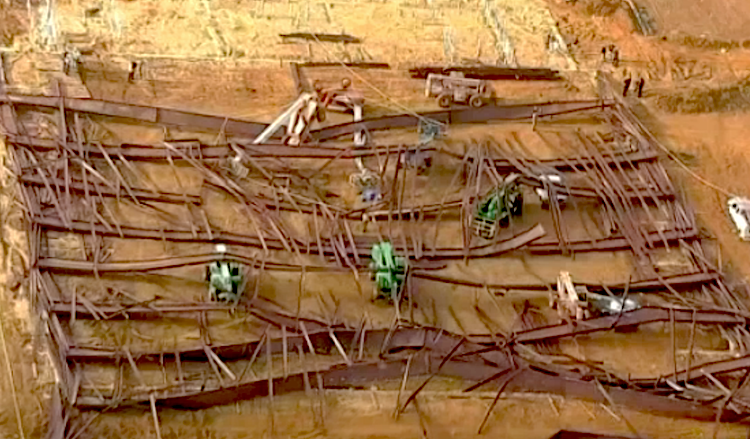 Nearly two weeks after the collapse of a high school athletic facility killed one construction worker and injured three others in Texas, the school district has released surveillance footage of the incident.

Fox 4 Dallas was one of several stations to obtain the footage, reporting security cameras captured four angles of the collapse, noting that it seemingly came, “without warning.”

The collapse occurred April 2 at Argyle High School and it remains unclear what caused it. Four days later, work was halted indefinitely after a second worker was killed in the cleanup process.