A second construction worker has been killed in less than a week on a construction project at a Texas high school.

According to a report from NBC Dallas-Fort Worth, 22-year-old worker Daniel Moran was killed when he was run over by an 18-wheeler at Argyle High School. Adding to the tragedy, the truck was being driven by his father, Jose Moran, Denton County chief death investigator Troy Taylor told the Denton Record-Chronicle.

Moran’s death comes four days after a worker was killed in the frame collapse of an athletic practice facility at the school.

In the wake of the collapse, Lewisville-based Precision Demolition was contracted for cleaning up the wreckage. Precision hired the Moran family to help with hauling away the frame, the Record-Chronicle reports.

The Argyle Independent School District voted Tuesday night to stop work at the site until a comprehensive safety review could be completed.

Taylor told the Record-Chronicle it appears Daniel Moran’s, “foot somehow got caught and he was pulled under both sets of right rear tires.”

The Occupational Safety and Health Administration has opened a second investigation into the jobsite. 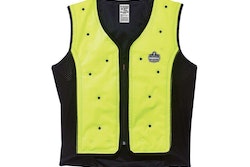 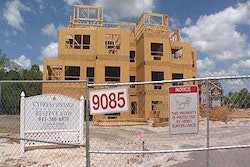 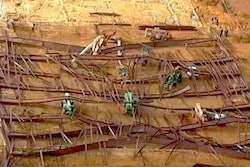