The Department of Transportation will furlough nearly 2,000 employees without pay Monday, temporarily shutting down highway reimbursements to states worth hundreds of millions of dollars, national anti-drunk driving efforts, and multi-million dollar construction projects across the country.

The action comes as a result of Kentucky Sen. Jim Bunning’s decision to block key legislation that would have extended several critical priorities for middle class families. That legislation covered tax credits for COBRA health coverage, unemployment insurance for 400,000 people, as well as the short-term extension of the Highway Trust Fund (HTF). The Fund supports all surface transportation programs for the nation – highways, bridges, transit and safety inspections, as well as efforts to encourage seat belt use and to fight distracted and impaired driving.

“As American families are struggling in tough economic times, I am keenly disappointed that political games are putting a stop to important construction projects around the country,” said Transportation Secretary Ray LaHood. “This means that construction workers will be sent home from job sites because federal inspectors must be furloughed.”

Because of the shutdown, federal inspectors will be removed from critical construction projects, forcing work to come to a halt on federal lands. Projects span the country, including the $36 million replacement of the Humpback Bridge on the George Washington Parkway in Virginia, $15 million in bridge construction and stream rehabilitation in Coeur D’Alene, Idaho, and the $8 million resurfacing of the Natchez Trace Parkway in Mississippi. A full list of the FHWA construction projects affected by the furlough is below.

At the National Highway Traffic Safety Administration, the furloughs will disrupt safety programs that operate in partnership with the states and advocacy groups, such as Mothers Against Drunk Driving (MADD) and the International Association of Chiefs of Police (IACP). The programs are designed to reduce traffic injuries and fatalities totaling 37,000 a year in areas including distracted driving, child passenger safety and motorcycle safety. Activities affected include national media and enforcement campaigns such as “Click It or Ticket,” and “Drunk Driving: Over the Limit. Under Arrest.”

Assistance to consumers whose goods are held hostage by rogue moving companies will be unavailable during this period. And work addressing texting while driving for commercial truck and bus drivers, electronic on-board recorders and hours of service will also be suspended.

Employees may find more information about the furloughs and when they will be able to return to work at www.dot.gov, as well as Secretary LaHood’s blog, Fast Lane, at www.fastlane.dot.gov. Information will also be available at Secretary LaHood’s twitter account, www.twitter.com/RayLaHood, and at his Facebook page, www.facebook.com/sec.lahood. 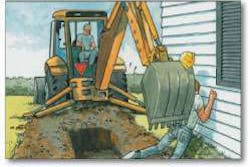 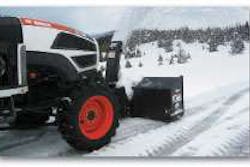 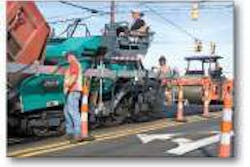