Two construction workers in Tyler, Texas got into an argument last week that escalated into a stabbing.

According to a report from KLTV, police responded to a disturbance call at a jobsite where a career and technology center is being built around 1:30 p.m. Thursday.

When they arrived they found a construction worker had been stabbed by a co-worker with a pocket knife after the two had gotten into an argument. The pocket knife didn’t cause a serious injury and police ended up not making any arrests or charging anyone.

Though it was a milder case, this is at least the third stabbing we’ve seen this year on U.S. jobsites. In September, a construction worker was accused of stabbing his supervisor over a pay dispute in Brooklyn and in August a worker in South Carolina stabbed and killed a co-worker while renovating a South Carolina department store.

Going over something like “conflict resolution” might seem boring or tedious to many in the construction industry. But fights do happen on jobsites and when you combine them with high temperatures and a long day of working, things can escalate pretty quickly. We’ve put together a list of five tips for conflict resolution you can check out by clicking here. 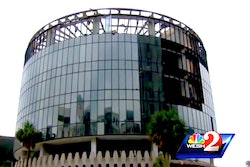 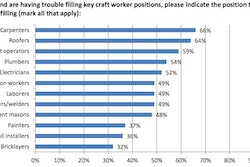