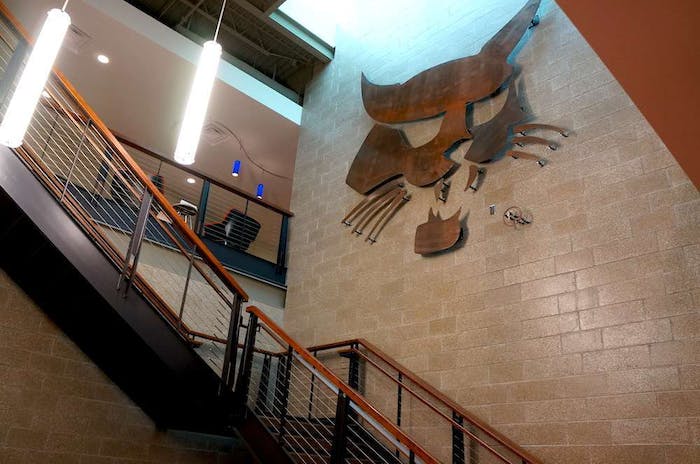 Taking cues from several tech companies, including Microsoft, Google and Sundog, Bobcat opened its $28 million Acceleration Center in Bismarck this week, designed to promote “chance encounters” among its employees, and in the process create a facility unique in the construction equipment business.

“Our aim is to fail early and often, spend less money on bad ideas and in the process accelerate innovation,” says Matt Sagaser, center director. “We’re moving from a glorified garage to a best-in-class testing facility.”

No gopher cube farms here; instead cubicles are waist high. There is no assigned seating, no executive offices sucking up the sunshine. Employees get a stationary locker and a “cart” (a lockable, wheeled file cabinet) which they are encouraged to move from area to area as work demands. Need to spend time with another team? Wheel your cart to a desktop next to them, hook up your laptop to the workspace monitors, and in five minutes you’re off.

“There’s no nesting and no not talking to anyone,” says Sagaser. “We want people to interact who don’t normally work together.”

“We’re moving from a glorified garage to a best-in-class testing facility.”

To get that to happen, there are several casual areas throughout the building, with sofa chairs around a fireplace in one place, grouped seating around a console in another. Large TV screens and white boards are everywhere; in the spirit of experimentation there’s a treadmill computer station, video game player, and table shuffleboard game.

It’s a concept Bobcat employees at the center are still getting used to, since they just moved into the facility two weeks ago. The first week, they were asked to move every day in order to become acclimated to the open concept.

Creating the center has been under discussion for years, and was waylaid by the Great Recession, which caused Bobcat to close its Bismarck excavator plant in 2009. (The company reopened the plant in 2012, and is now making attachments in three shifts at the facility.) The 190,000 square foot Acceleration Center has offices, several reserved and unreserved meeting areas, enclaves for private conversations, and what Bobcat is calling the Kiva: a circular room surrounded by white board, designed for brainstorming.

Bobcat is quick to point out that the center is also dealer and customer centric. The inside 35,000-square-foot demo area — with upper and lower arena seating for 35—allows the company to test and showcase its equipment away from the dictates of North Dakota weather. “Now, instead of taking a prototype on the road, we can bring customers here, and get immediate feedback,” says Jeret Hoesel. Bobcat used 420,000 cubic feet of Class 5 gravel to fill the area, a material that will allow it to dig, compact and dig again. A large conference and several smaller meeting rooms have areas where equipment can roll in from the demo and lab areas.

The 100,000-square-foot lab area, slated for completion in September, will include a manufacturing process area, allowing the company to test out new ways to make product as opposed to shutting down a manufacturing line to experiment. The lab will include sound chambers, load test cells, dynometers, vibration, electronic and hydraulic test rooms.

Bobcat is also looking to attracting young talent with the new center. Of the 175 people employed at the center, 102 are engineers, with about 40 of graduating from college in the past few years, according to a local newspaper report. “Our goal is to get the best people working for us,” says Sagaser. 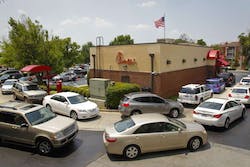 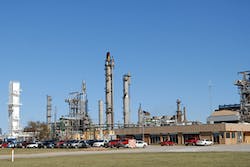 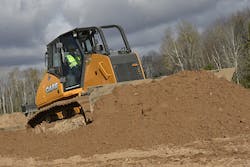 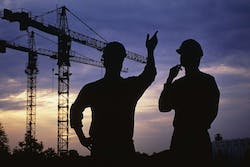