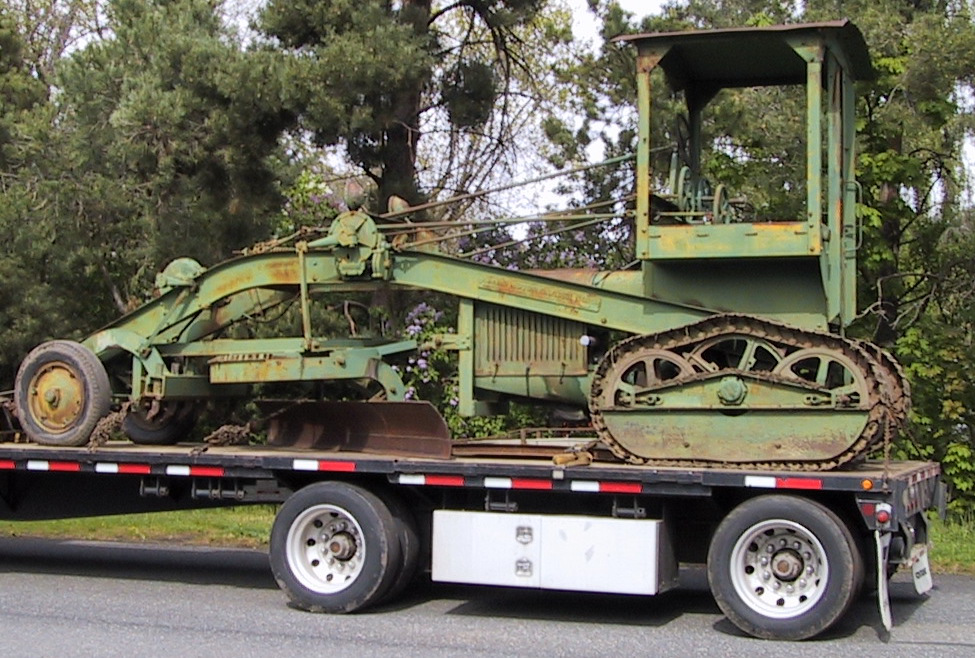 Kelly Ronningen remembers when he was a young boy and his father came home with a horse-drawn road grader.

His father borrowed the grader from a neighbor to smooth out the driveway to the family farm.

“Turns out my dad had run one of those with a team of horses for his township when he was growing up” back in the 1930s, Ronningen says. “And I thought that was cool.”

It was in the late-1950s when Ronningen saw that grader and so began his love for the turn-of-the-century road machinery. He now has about two dozen antique graders on his dairy farm in West Concord, Minnesota. They were manufactured by J.D. Adams, a company whose namesake founder invented the leaning-wheel pull grader in 1885. The Indianapolis-based company had gone out of business around the time Ronningen’s father brought one home, but the leaning concept behind Adams’ invention remains with modern motor graders. 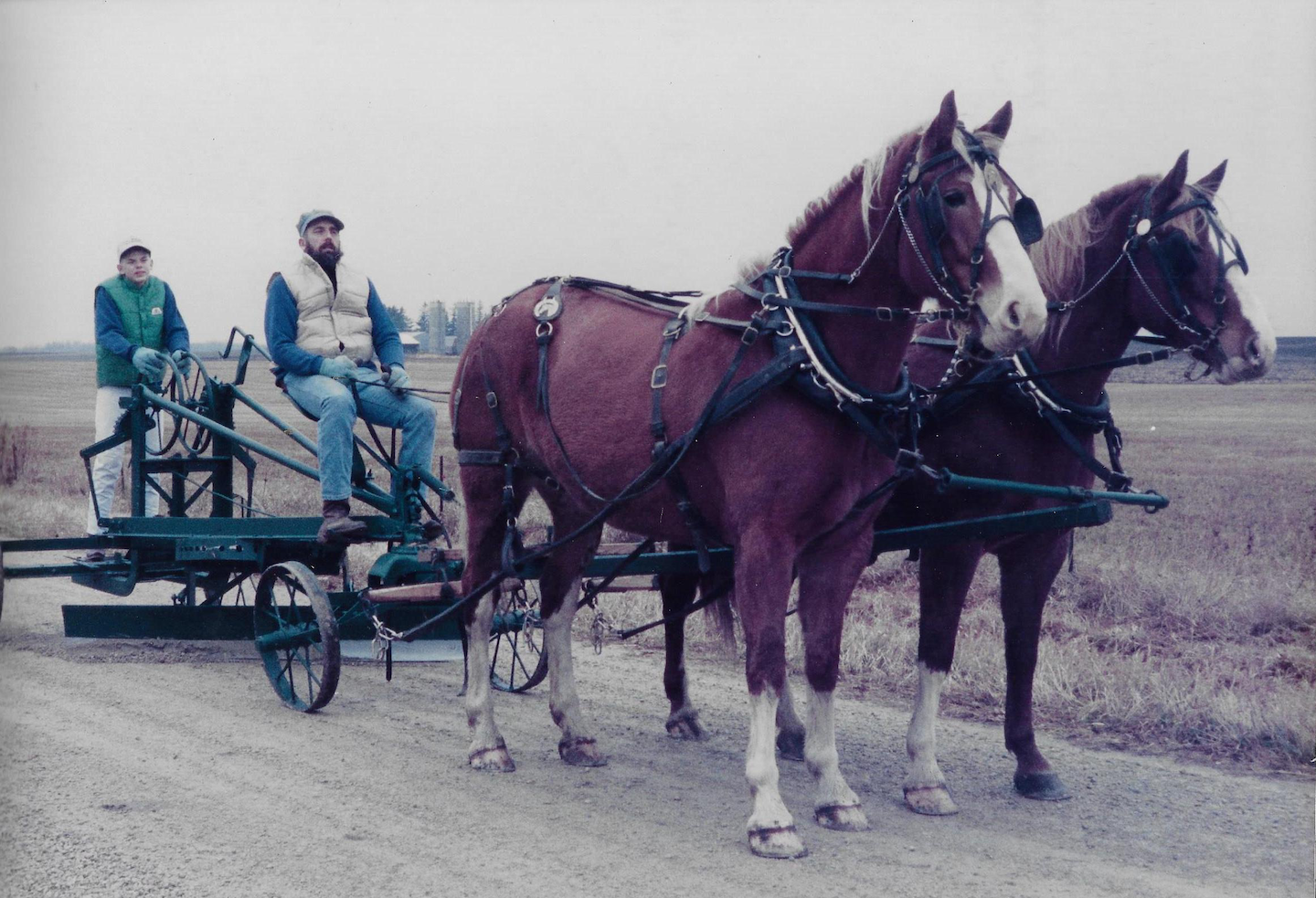 Kelly Ronningen, front, and son Kurtis grade the driveway to the family farm on a J.D. Adams No. 1-C in 1990 – with a helping hoof from Toots and Babe.

Ronningen is particularly fond of a reversible model he found about 10 years ago at the semiannual horse auction in Waverly, Iowa, he regularly attends. He had read about the Little Roadster models, which allowed the operator to reverse the blade. It was not an easy process by modern standards.

“Today they don’t think anything about turning the plates from right to left,” he says. “But back then, usually the blade was too long to turn between the wheels. On this one, you lay the plate down flat. And you have the horses swing the grader around the blade to get it to go the other way.”

Most of Ronningen’s collection consists of pull-type, horse-drawn graders. “I said I’d never collect motor graders.” But one day when searching eBay he came across a motorized crawler model he couldn’t resist.

The tracked J.D. Adams 102 model had been used on a military base in Idaho and later maintained a municipal landing strip.

“It’s a crank-type start,” he says. “It’s not easy to operate. There are no hydraulics; it’s all man-powered. You turn the cast-iron wheels, one wheel for each side of the blade.”

He marvels at the technology of the old graders – the big iron beams, the heavy welds, the gears. He’s enjoyed showing his collection at events, and he’s spent some time running them on his dairy farm.

“Probably one of the most fun things I’ve ever done was to grade my driveway with the team,” he says, referring to his horses.

When asked how it feels to operate the old graders, he chuckles.

“It feels like you wouldn’t want to have to do it all day. It’s hard work and dirty.” 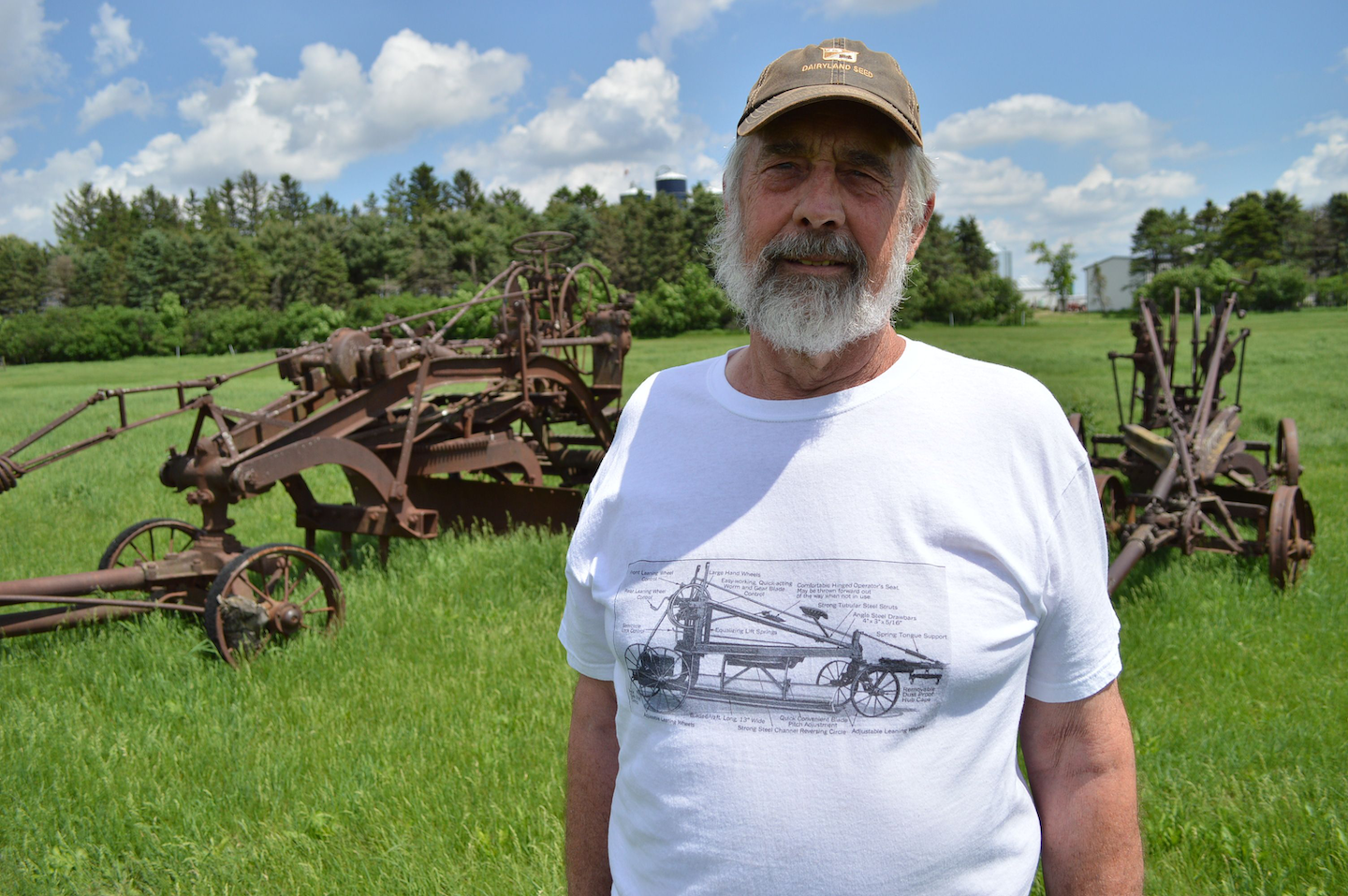 Kelly Ronningen with some of his antique road graders in 2018. Photo credit: Dairy Star
Get the business tips, industry insights and trending news every contractor needs to know in the Equipment World newsletter.
Sign Up
Read Next 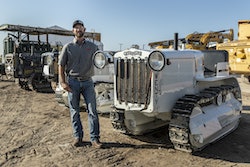 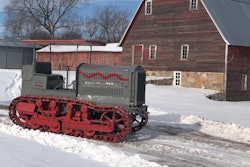 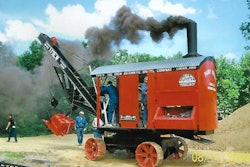