Automatic Emergency Braking and lane departure warnings are among the improved driver-assistance features that Mack is bringing to its Granite lineup of vocational trucks.

The features are part of the second generation of Bendix’s Wingman Fusion suite of driver-assist technology features enabled by a system comprised of cameras and radar.

With version 2.0 of the system, Granite drivers will now get alerts up to 3.5 seconds before a potential front impact with a vehicle. Mack construction product manager Tim Wrinkle says the distance alerts can be tuned to a fleet owner or driver’s preference.

The system provides three levels of driver notification before automatically applying the brakes in order to safely avoid a collision. The system can stop a truck traveling up to 50 mph.

This feature was also available on past Granite trucks under the first generation of Wingman Fusion, however, it could only provide automatic braking to trucks traveling at 35 mph or less, Wrinkle says.

The system can also automatically apply the brakes if it detects a slow or stopped vehicle in the adjacent lane when changing lanes. If a vehicle is detected, the system first alerts the driver. If it is necessary to avoid a collision, the system then applies the brakes.

Lane departure warnings are also improved on Wingman Fusion 2.0. The system uses windshield-mounted cameras to warn the driver should he or she begin drifting outside of their lane or off the road. New with the 2.0 system is how it manages multiple lane departure alerts should they occur simultaneously. Mack says the system now organizes them in order of importance, delivering only the most crucial alert to the driver to minimize distraction.

The system also alerts the driver when an unintended lane departure occurs at speeds above 37 mph.

Wingman Fusion 2.0 can also detect speed limit signs and alert the driver if the truck is exceeding the speed limit.

An available option is a driver-facing camera for monitoring driver behavior and recording what’s going on in the cab should an accident or other event happen.

Wrinkle says the obvious selling point to this system is the improved safety it offers to drivers. But there’s a cost benefit for fleet owners as well.

“Insurance rates are going up and this can help with that. Plus in some instances, we’ve heard of insurance companies demanding certain features be present on a truck like driver-facing cameras,” Wrinkle says. 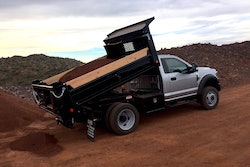 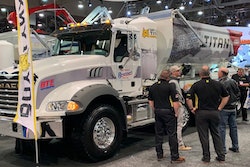 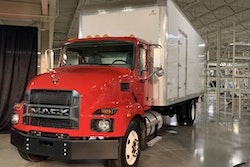