During an event at the State Fair of Texas, General Motors announced that the Chevy-branded medium duty work trucks it has been developing in partnership with Navistar will be called the Silverado 4500 and Silverado 5500.

The trucks, announced in October 2015 and set to launch in late 2018, represent a long-awaited return to the medium duty and vocational truck markets for Chevrolet. The Silverados represent GM’s versions of the Class 4 and 5 vehicles. Navistar-International-branded versions will also be available. Though there will be some cosmetic differences between the two versions, the trucks will be the same at their core.

As we learned back in March, GM has handled the trucks’ powertrain while Navistar has developed their design and will handle manufacturing at its Springfield, Ohio, plant. A Duramax engine and Allison transmission will lie at the core of these trucks.

John Schwegman, U.S. director of Commercial Product, says Chevrolet’s commercial volume is up by 48 percent since 2013 and domestic segment share has grown year-over-year for the past 13 consecutive months.

“We are earning new business because we have more solutions to help businesses grow,” Schwegman said. “The Silverado 4500 and 5500 will stand out because we’ve designed the trucks around how customers work. They will be powerful, highly maneuverable and among the easiest trucks on the market to upfit with specialized bodies, such as dump bodies, rollbacks, freight boxes and more.”

Though GM hasn’t announced specifications for the Duramax engine that will power these new medium duty trucks, in the early 2000s, Chevy’s C4500 and C5500 featured the same Duramax 6.6-liter turbo-diesel offered in the HD Sierras and Silverado pickups. Last fall, the automaker began offering the 2017 Silverado HD and Sierra HD with a new generation of Duramax engine: a 6.6L power plant delivering 445 horsepower and 910 lbs.-ft. of torque.

The Silverado 4500 and 5500 will be available in Regular and Crew Cab models, with 4×2 and 4×4 capability and a wide range of GVWRs and wheelbases, GM says. Chevrolet will also offer these trucks with optional OnStar with 4G LTE connectivity provided by AT&T, which the automaker says “fleet management companies are embracing to help improve safety and productivity.”

Technical specifications for the trucks, including cab and frame dimensions, horsepower and torque, GAWR, GVWR, payload and other ratings, will be released close to launch. 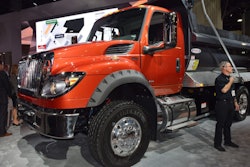 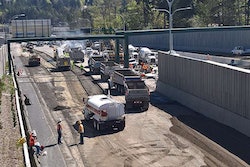 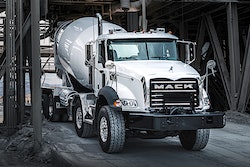