The nearly bankrupt Golden State is facing a $20 billion budget shortfall in the next fiscal year, and state leaders are scrambling to bolster California’s plummeting revenue streams. The Liberty Quarry project, a proposed rocks-and-gravel operation that is nearing completion of its Final Environmental Impact Report, would help fuel the state’s economy and add jobs in Riverside County.

Gov. Arnold Schwarzenegger (R-CA) in his May 14 budget revision called for the approval of large-scale projects in California in order to get taxes and fees flowing into the state’s budget.

“Granite Construction could deliver $350 million in state and local tax revenues from our Liberty Quarry project,” said Gary Johnson, aggregate resource manager for Granite, in a written statement. “These monies would come on top of the high-paying jobs and other positive economic benefits the quarry would deliver.”

“It’s frustrating that Granite is prepared to help when so many skilled people are out of work and our state is in such a serious economic crisis,” Johnson said.

Liberty Quarry is projected to generate $6 million in annual state sales tax and more than $2 million annually for Riverside County. The quarry would also create about 300 high-paying jobs, including 99 onsite positions.

Additionally, the project will generate $100 million over the 75-year lifetime of the project for the California State Teachers Retirement System.

The contributions Liberty Quarry would make are significant when compared to the $309 million it costs California to fund its entire Department of Child Support Services for the 2010-2011 fiscal year, according to the governor’s May revise budget numbers.

“I can’t think of a better time than now for this quarry,” said Karie Reuther, director of community relations for Liberty Quarry, also in a written statement. “This will provide jobs and tax revenue for Southern California at a time when both are in such short supply that nothing is safe anymore.”

The proposed Liberty Quarry would be located north of San Diego off the I-15. This quarry would benefit the entire southwest region by generating building materials that are in short supply for needed infrastructure projects.

By producing materials locally, Liberty Quarry also would remove about 16.5 million vehicle miles of travel from local roads and freeways, bringing with it a projected highway maintenance savings of $5.3 million per year. 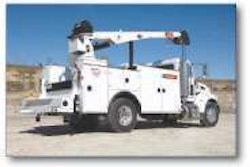 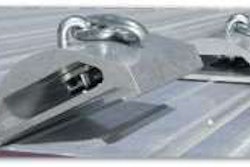 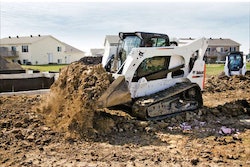