FAA drone rules OK most construction uses, but put a major one in question

On Sunday, the Federal Aviation Administration issued its proposed rules on the commercial use of small drones, otherwise known as unmanned aerial systems (UAS) or unmanned aerial vehicles (UAVs). And while more lenient than previously expected, the regulations will require a written exam for drone operators and will make it difficult to use the aircraft for surveying large construction sites.

For starters, any business that wants to put drones to work will not be able to fly a drone heavier than 55 pounds. Businesses will also have to ensure that anyone piloting a drone is 17 years or older, has been vetted by the Transportation Security Administration (TSA) and has passed a written exam at an FAA testing center. Drone operators will have to retake the test every two years.

At one point, the FAA was considering requiring all drone operators to be licensed pilots with “dozens of hours” of experience flying manned aircraft in addition to experience with drones.

One metric that has been increased by the rules is altitude. Until now, drones were governed by the FAA’s model aircraft guidelines which kept maximum flying height at 400 feet. The new small drone rules would increase altitude to 500 feet. The rules also state a max airspeed of 87 knots or 100 miles per hour.

The FAA’s proposed rules also require the drone to stay close enough to the operator that the aircraft can be seen with the naked eye. This Visual Line of Sight (VLOS) rule means that commercial operators would not be able to use binoculars to track their aircraft or wear goggles that allow the operator to see what the drone is seeing with a live camera feed.

The VLOS rule would also make surveying large construction sites much more difficult. Though the FAA has issued surveying drone maker Trimble permission to fly and test its drones, preprogramming a route for a drone to fly over a large site would be illegal should that route take the drone out of the operator’s line of sight. There might be a way to get around this, say by hopping in a truck or UTV and monitoring the drone’s progress from below, but it’s still unclear at this point.

However, on smaller jobsites the VLOS rule won’t make much of an impact at all, clearing the way for new systems like Komatsu’s Smart Construction fleets currently in testing in Japan. The service employs drones to inform driverless dozers and excavators on how to prep a site.

The next step will be a lengthy public comment period where some of the rules may change. The rules are not expected to become enforceable until 2017.

The good news is that the majority of construction drone applications would become legal under the ruling. Applications such as monitoring jobsite progress, worker safety and the position and uptime of heavy equipment have already proven beneficial in research and real world testing, not to mention transportation uses such as bridge inspection and traffic monitoring.

Though unrelated to construction, the rules are unfavorable to tech giants Amazon and Google who have been eyeing the technology for delivery services. Beyond the VLOS rule eliminating any hope of autonomous delivery vehicles hovering above your home, the FAA’s rules forbid drones from carrying any external weight. 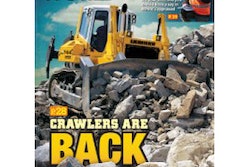 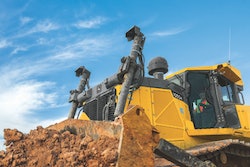