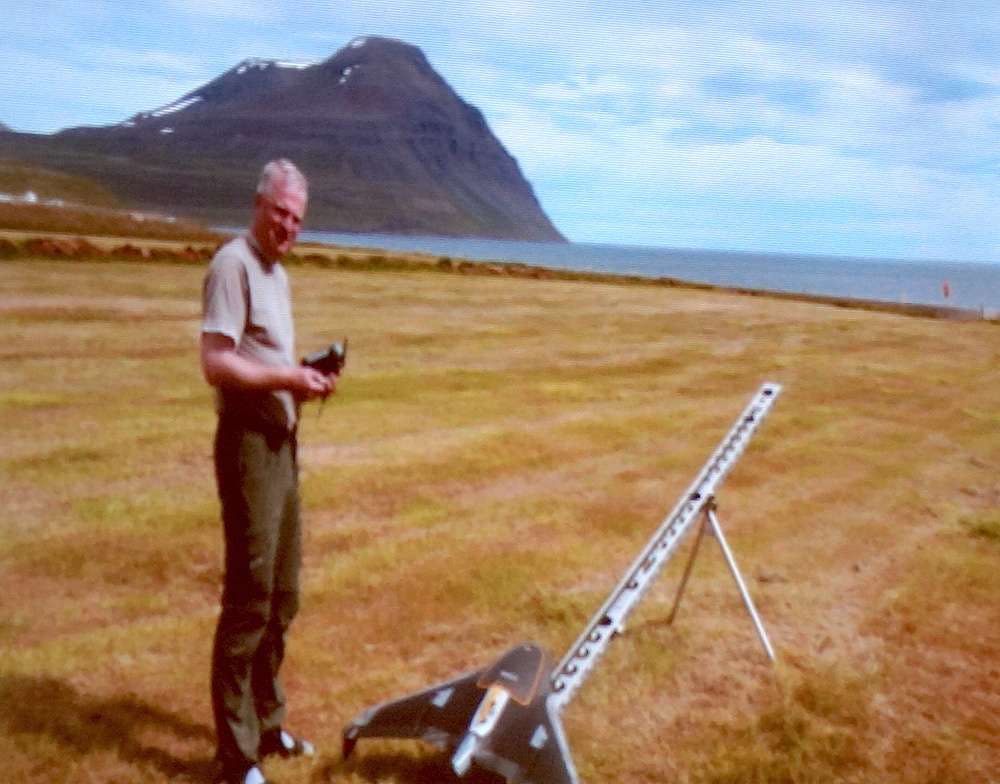 While drones and Unmanned Aerial Vehicles have generated quite a bit of interest in the construction industry, most professionals who see the value of the technology are treading softly due to a lack of federal regulation over such aircraft and the Federal Aviation Administration’s running ban on commercial flights until such regulations can be put in place.

The situation makes the experiences of those flying drones and UAVs (collectively categorized by the FAA as UAS or Unmanned Aerial Systems) for surveying and construction in lesser-regulated countries extremely valuable for those in the U.S. interested in making the investment. Especially considering how important it is that surveying data be as accurate as possible and how much of a learning curve surveying with UAS can present.

At Trimble’s 2014 Dimensions user conference last week in Las Vegas, an engineer from Iceland with quite a bit of experience with the technology presented some of the projects he’s done and what he’s learned.

Beyond being able to freely operate UAS without the threat of breaking the law due to his country’s less-strict regulations on air space, Pall Bjarnason’s experience is especially interesting since Iceland doesn’t exactly present UAS with optimal flying conditions.

Bjarnason is a civil engineer and a site manager for EFLA Consulting Engineers. The company is a general engineering firm that does consulting work around the world. Headquartered in Reykjavik, the company has three other offices in Iceland along with offices in Norway, Sweden, Russia, France, Turkey, Poland and Dubai. The company has been around since 1984 and Bjarnason says all of its employees have extensive experience in surveying.

In 2013, hoping to begin gathering higher quality data than what they had been getting with past GPS setups, EFLA began using Trimble drones for surveying. The company started with the Gatewing X100 but now uses the newer UX5.

The UX5 is a flying wing drone that starts at $50,000. It has a 16.1 megapixel camera with a large imaging sensor and custom optics allowing it to capture data down to an incredible 2.4 centimeters resolution. The UX5 integrates with Trimble’s Business Center and UASMaster software, but EFLA also employs AutoCAD, MicroStation and ArcGIS. As Bjarnason and crew have found out on the occasional rough landing due to an expected gust of wind, the UX5 is extremely rugged. It’s designed to perform in all weather conditions, a claim Iceland’s volatile climate has put to the test.

Click on each point of the map to read about the survey EFLA did there and how they flew the drone to get the job done.

Situated just south of Greenland and the Arcitc Circle, Bjarnason said the country has a milder climate than its name would suggest thanks to the Gulf Stream. He said the country gets a lot of clouds and rain and emphasized how extremely unpredictable the weather can be thanks to persistent low pressure (known as the Icelandic Low) and high pressure systems that reside near the island. These systems can fluctuate in pressure in relation to one another, especially in the winter, frequently changing the circulation of cold and warm air. These fluctuations can create violent winds in the country’s highlands but certain parts of the lowlands can see strong gusts, too.

Complcating the task of drone surveying further, Bjarnason said that in November, December and January, the country receives only four hours of sunlight a day. Other months aren’t as problematic. In May, June and July the average is 20 hours. So, when it came time to introduce the new method to its customers, EFLA chose May and June of last year to do it.

Bjarnason said EFLA had a bit of difficulty creating efficient routes for the X100 due to troubles with wind direction. The X100 crashed once but no damage was done to the body. Given these difficulties and Iceland’s inhospitable climate, Bjarnason said the company’s clients were understandably wary of the technology at first.

However, using the X100, EFLA successfully completed surveying runs at a geothermal plant site, another two flights at a building site and two at a dumping site. In addition to Business Center and AutoCAD, EFLA used Stretchout with the X100 to make a KML file using the data from each flight along with Pix4D to work with the 3D models produced from the images and then used 3D Studio Max to make flyover videos. By September, EFLA’s clients had begun to show interest and by the end of 2013, the company had completed 25 surveying flights despite the winter’s low light and more violent wind storms. In fact, Bjarnason said the company only had one crash where the body of an aircraft was damaged.

The company started using the UX5 in December and, this time, without any reserveations from clients. After a few test flights, the company’s first job with the UX5 was a golf course in April. Immediately, they found the UX5 easier to route and land than the X100.

EFLA has since used the UX5 for 18 projects with 85 flights over a span of more than 51 hours. (You can see a few of these projects in the map graphic above. Click each point on the map to read about the projects.) Below is a bit more insight on EFLA’s process for drone surveying along with some best practices Bjarnason recommends for other companies to use when starting out.

Bjarnason recommends familarizing yourself with the site before you visit it with both Google Earth and official survey maps. EFLA then uses AutoCAD to plot ground control points over the mapped area which the drone will use to orient itself to the route it is assigned. Bjarnason said EFLA then uses the mapping software ExpertGPS to test the map by making a KML file from the DXF file output from AutoCAD. Getting these ground control points right before you head out is key to avoiding mistakes in the survey, Bjarnason says, and would have saved the company a lot of time when they were first starting out.

“We are using five ground control points (on many flights),” Bjarnason said. “Four in the corners and one in the middle. Look at the site and place the GCPoints so it will be as fixed as it can be. I try to have it depend on how big the area is or if it’s a longer flight. I always try to have at least 3 or 4 points in each flight but many times it can be up to 10 points.” On a project in Vopnafjörður, seen in the map above, EFLA laid out 40 ground control points across the site, a process that took two days.

On wind and creating flight paths

“If there is great height difference (in the topography of the site), we plan the flights due to the profile of the land,” Bjarnason said. “Take care of the wind direction,” he added. “We plan the flight direction in the office but if I have to fly against the wind, I increase the overlapping in the flight direction. In Iceland it can turn 180 degrees in 10 minutes. We also choose our landing method due to how strong the wind is at the time.” 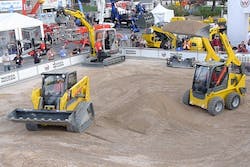 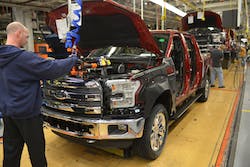 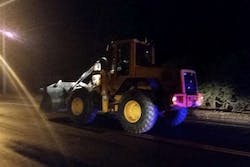 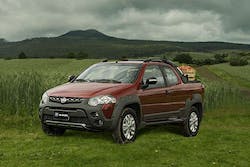