Mustang has launched a complete redesign of its full-size radial lift line of skid steer loaders. The new R Series skid steers includes the 1900R, the 2200R and the 2600R which boast multiple cab improvements, Yanmar Tier 4 engines and an enhanced hydraulic system.

Mustang promises quicker cycle times thanks to the enhanced hydraulics on the machines. The company says the new says flow rates reach 31.5 gpm  on the 1900R to 35 gpm on the 2200R and 2600R with the high-flow configuration.

The redesigned cab features a new side-folding restraint bar along with armrests. The R Series boast improved visibility with a cab-forward design and lowered rear towers. An optional pressurized, sealed cab is available for the R Series machines. Two control options are available: joystick and hand/foot. 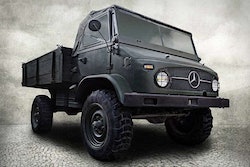 GEAR: 1955 Mercedes-Benz 404 Unimog is a piece of construction’s past and present 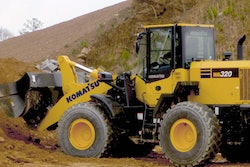 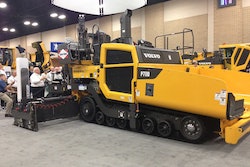