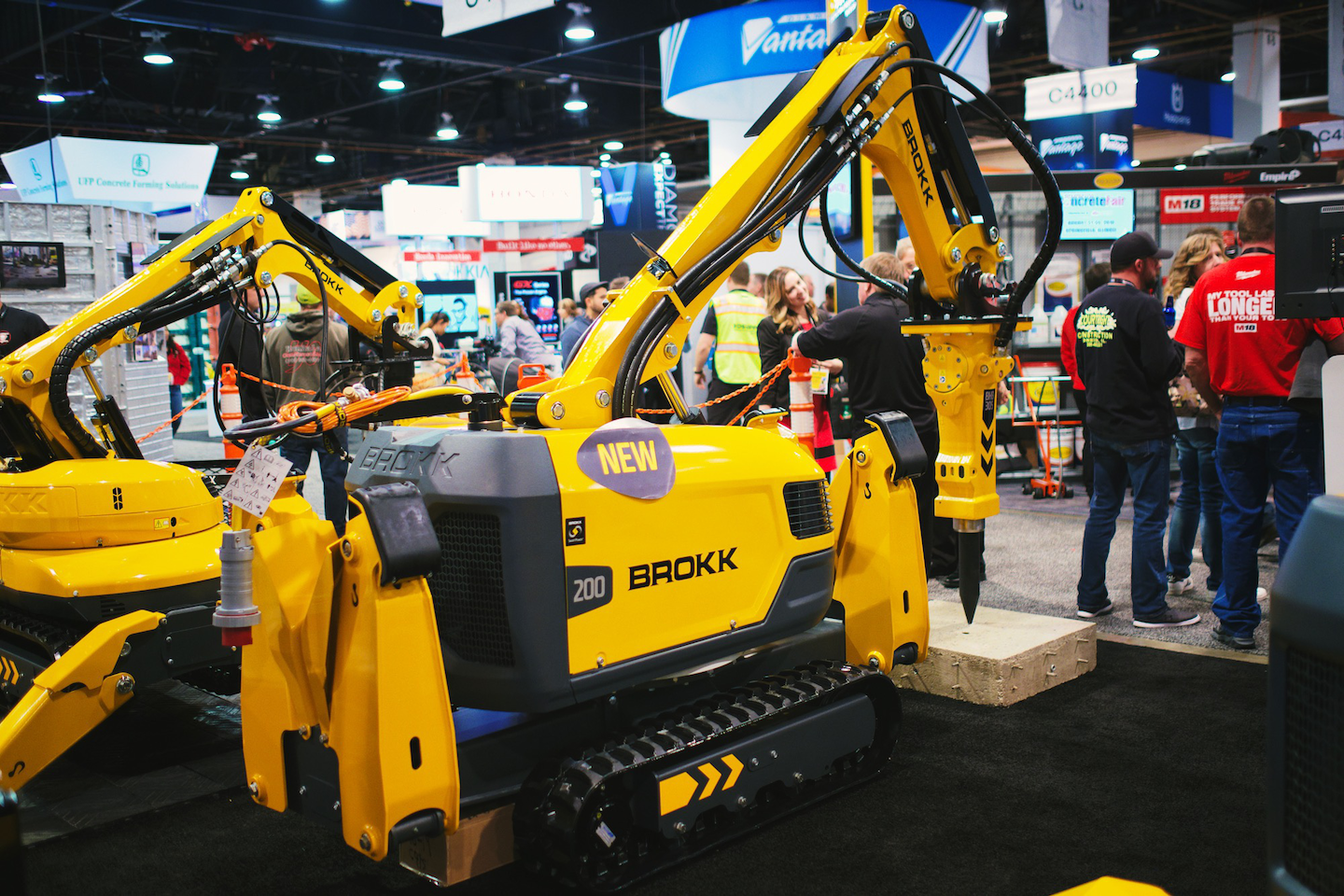 Describing the collection of machines before us at the company’s World of Concrete booth as part of “the single biggest product launch in the history of Brokk,” Peter Bigwood, the company’s vice president of sales, said one new machine in particular has generated a lot of excitement.

”We’ve taken this hammer, which used to be on a 3-ton machine and placed it on this 2.1-ton machine,” he says of the 200, which can fit through openings as small as 31 inches. “We’ve taken a hammer that needs more oil and more pressure than the 170 can provide and designed this machine to give that hammer everything it needs to perform at its optimum performance.”

In the video below, Bigwood discusses the improvements found in the 200 as well as the advantages of using a demolition robot over a skid steer or other compact machine.

Bigwood says the 200, which hits 40 percent harder than the 170 despite being the same size, is made possible by a new electric motor technology Brokk has developed called Smart Power. Offering what he called a simplified explanation of the technology, Bigwood says Smart Power essentially provides more power to the 200 than its 27.5-kilowatt motor is rated for. He says the system is able to do that because the actions of the robot, such as when it the hammer is being used, are brief, rather than prolonged.

The 200 can carry a wide variety of attachments meant for machines one weight class above its size of 4,630 pounds. To accommodate the larger tools, Bigwood says Brokk also had to beef up the thickness of the cylinders, pins and the third arm on the 200. 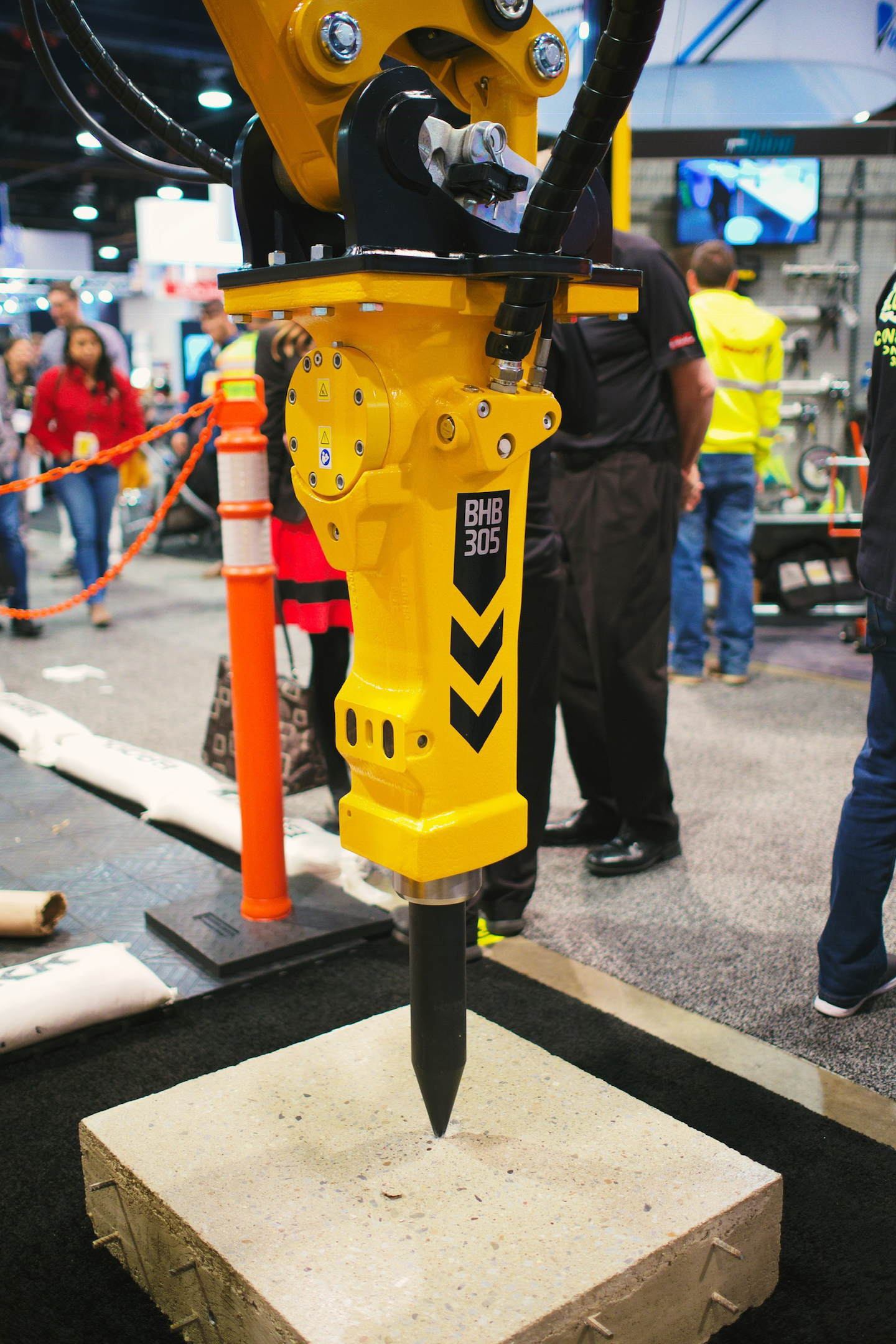 “It brings an incredible amount of power into a package that can get not only through doors, but also onto floors where you have to worry about floor loads,” he says.

In addition to having more power than the 170, the 200 also boasts 15 percent more vertical and horizontal reach.

Because Brokk has been able to move the hammer and capability of the 280, into the smaller 200, the company has made that 3-ton machine more powerful in a new model called the 300.

The 300 hits with 40 percent more force than its predecessor, the 280, is 47.2 inches wide and features a 21-foot vertical reach and a 20-foot horizontal reach. 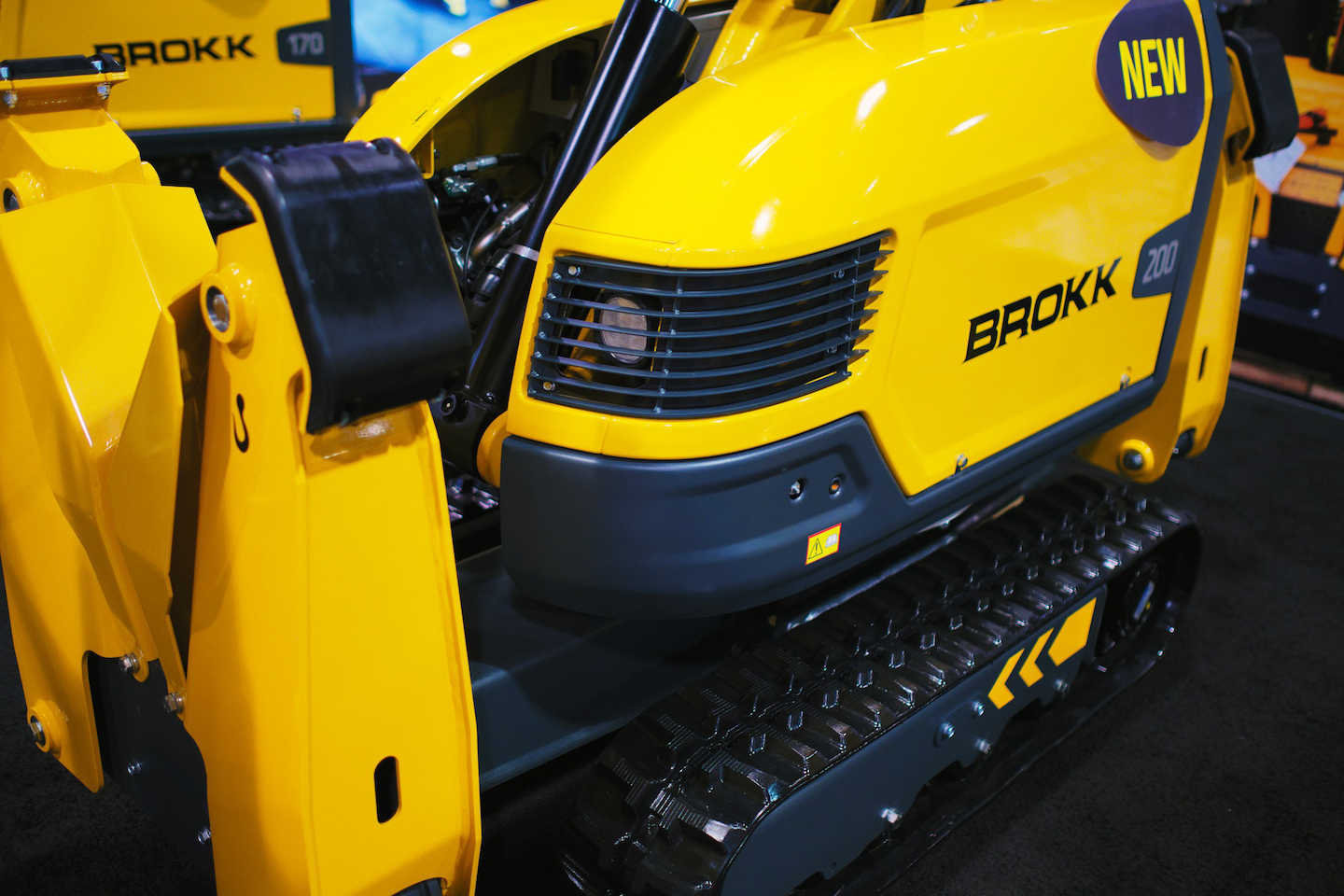