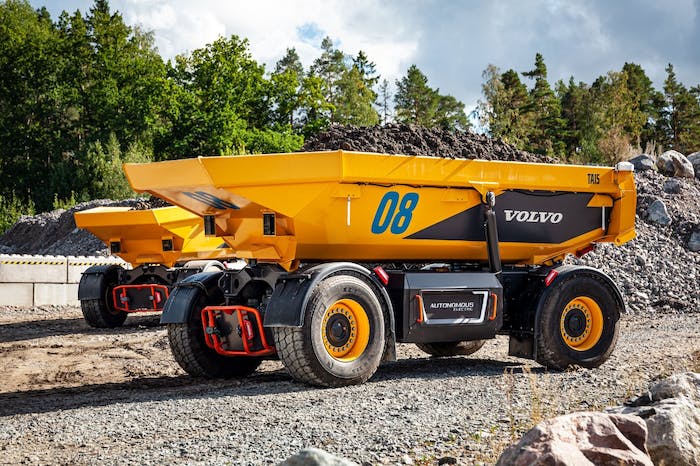 Volvo's TA15 autonomous hauler will have front and center stage at the company's new demonstration area at its Customer Center in Eskilstuna, Sweden.
Volvo CE

Volvo CE will devote more than 710,000-square-feet of space in its Eskilstuna, Sweden Customer Center to test and demonstrate autonomous machines in addition to electric and remote-controlled units. The area will include a secure track, a control and training room building and a spectator stand.

Already on the demonstration docket is Volvo’s TARA autonomous transport, which grew out of its HX 01 prototype, a key machine in the company’s Electric Site initiative with construction giant Skanska.

TARA transports – including the TA15 electric dumper -- are currently promoted for defined sites such as quarries and mines. Volvo is running a test project with Harsco Environmental, running four TA15s to transport slag to a landfill.

Volvo says it intends to show customers at the center how to set up and run an autonomous site, charge and store the TA15s and how the haulers are controlled, says Calle Skillsäter, technical specialist in connected machines at Volvo Autonomous Solutions. The area is expected to be operational by this fall.

EquipmentShare is focusing on autonomous construction equipment research, funding what it calls a data-driven project with Queen’s University Belfast to improve equipment safety and security.

Research at the Northern Ireland university will be aimed at solving civil sitework problems and at bringing actual working autonomous platforms into the hands of the contractor, Willy Schlacks, president and co-founder, told Equipment World. “We want it to work like any other functional tool.”

Toward that end, EquipmentShare will offer the project’s Ph.D. student a six-month internship at its Columbia, Missouri, headquarters. There the student will have access to the company’s Robotics Division research and development lab. 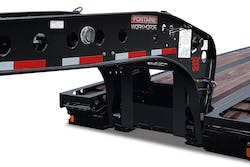 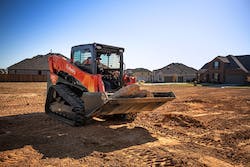 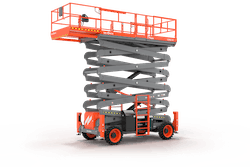 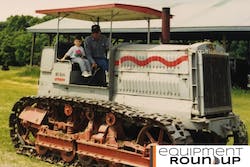