Terramac’s new RT7R crawler carrier is designed for tight spaces when the payload of a larger carrier isn’t needed.

It’s also small and light enough at 24,080 pounds to be hauled on a tag trailer behind a line truck, the company says.

The RT7R features 360-degree upper-frame rotation and a payload of 14,000 pounds. It runs on a 165-horsepower Cummins engine that is Tier 4 Final and also meets European Stage V emissions standards. It can travel up to 6.7 mph.

The carrier is designed to reduce land damage, with 5.5 pounds per square inch of ground pressure at full load and a footprint of 17 feet 3 inches by 8 feet 1 inch. Terramac says it can also climb fast on rugged terrain.

The carrier is geared to such conditions as railroad track right-of-way access, rivers and levees, general earthmoving, site prep and utility jobsites. The heavy-duty rock bed can handle dirt, brush and rugged materials such as rip rap.

The ROPS/FOPS cab has a wide access door and windows on all sides. Maintenance was made easier with multiple access for service points.

Terramac says it plans to begin production of the RT7R in the coming months. 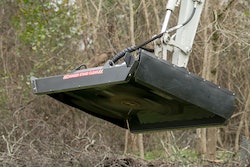 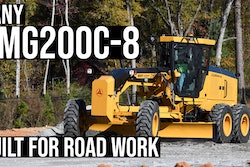 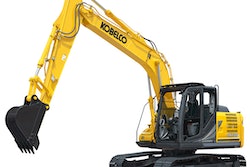