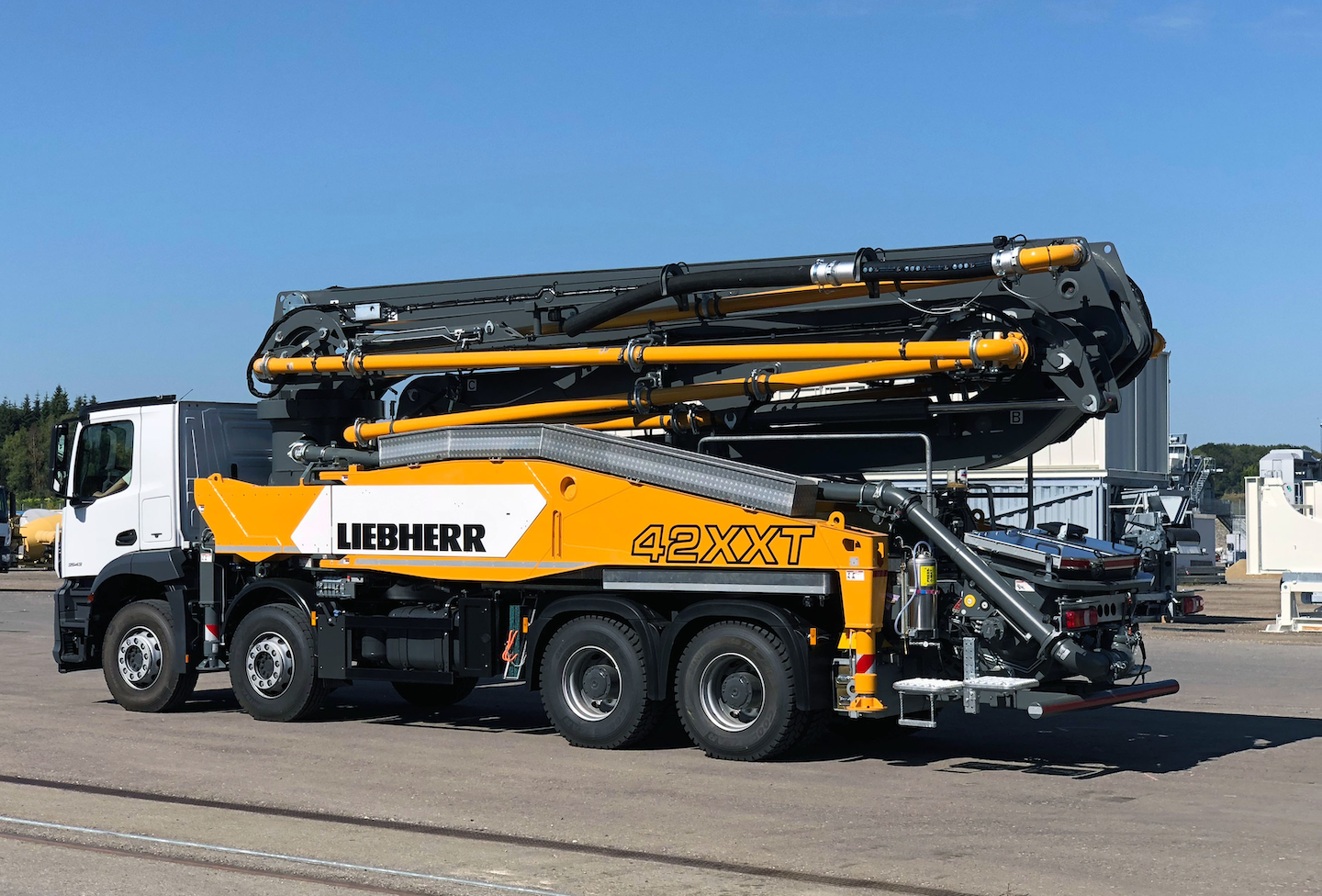 The new Liebherr 42 M5 XXT truck-mounted concrete pump debuts the company’s  Powerbloc drive unit, which it says combines the best features of open and closed hydraulic systems. Liebherr unveiled the pump at the World of Concrete this week in Las Vegas.

Liebherr explains the Powerbloc drive unit this way: most concrete pumps use alternating pistons that drive cups to move concrete through a boom. The pistons, in turn, are connected to hydraulic cylinders that are powered with high pressure oil, which provides the energy to pump concrete.

Typical hydraulic systems feature either an open or closed circuit design. Although Liebherr has typically used an open design on its concrete pumps, it says this type of system also takes up more space, requires more oil and weighs more. A closed circuit setup addresses these concerns but incorporates more components and is therefore more complex, says the company.

With the new Liebherr Powerbloc drive unit, all hydraulic switching and measuring elements are  integrated, which the company says eliminates numerous hydraulic hoses along with other parts. The Powerbloc is powered by a semi-closed hydraulic circuit. As a result, the oil volume is reduced and the system weighs less and is more efficient, quiet and safe, says the company. 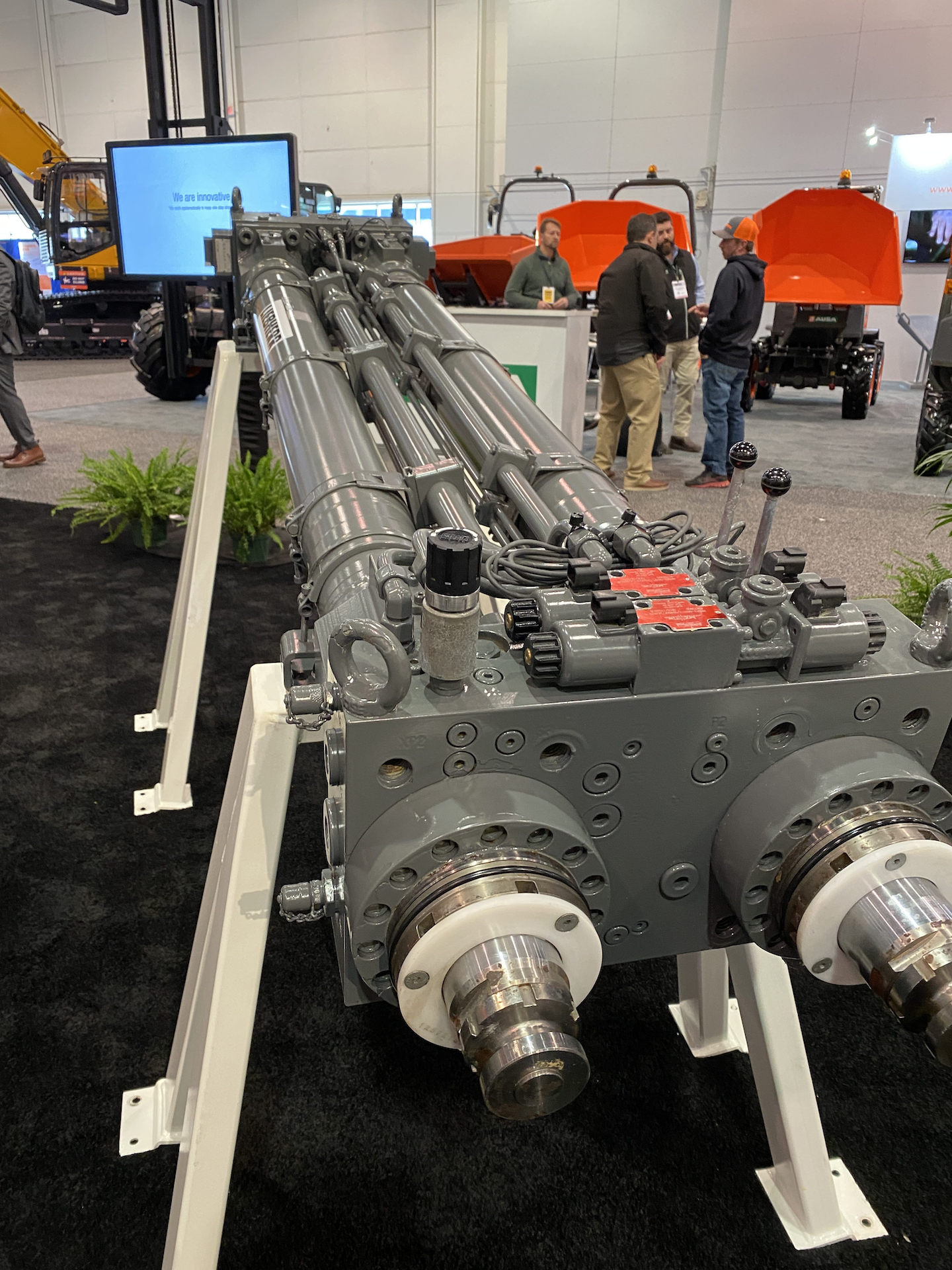 The one-piece Liebherr Powerbloc drive is powered by a semi-closed hydraulic circuit.

One significant advantage of the one-piece Powerbloc unit is that it can be taken out and replaced with a new unit in 2 1/2 hours, says Clint Nichols, regional sales manager, Liebherr Concrete Technology.  “This has drastically decreased the amount of time it takes to service the drive unit,” he says. And the Powerbloc can be rebuilt and then used by owners as stand-by spares.

The unit also has 90 percent fewer hydraulic lines, Nichols adds: “There are basically two main lines, a feed and return, and the rest is hard piping.”

The Powerbloc also frees up deck space on the truck deck, space that can be used for hauling other gear, Nichols says. It will be standard on all Liebherr concrete pumps going forward.

Equipped with a five-piece multi-folding mast, the machine has an unfolding height of under 28.2 feet and a vertical reach of 135 feet.

Liebherr is using its XXT outrigger support system on the 42 M5 XXT, offering safety and stability in any position thanks to the direct load transfer, according to the company. A redesigned rear end permits easy access to the pump for operation and maintenance.