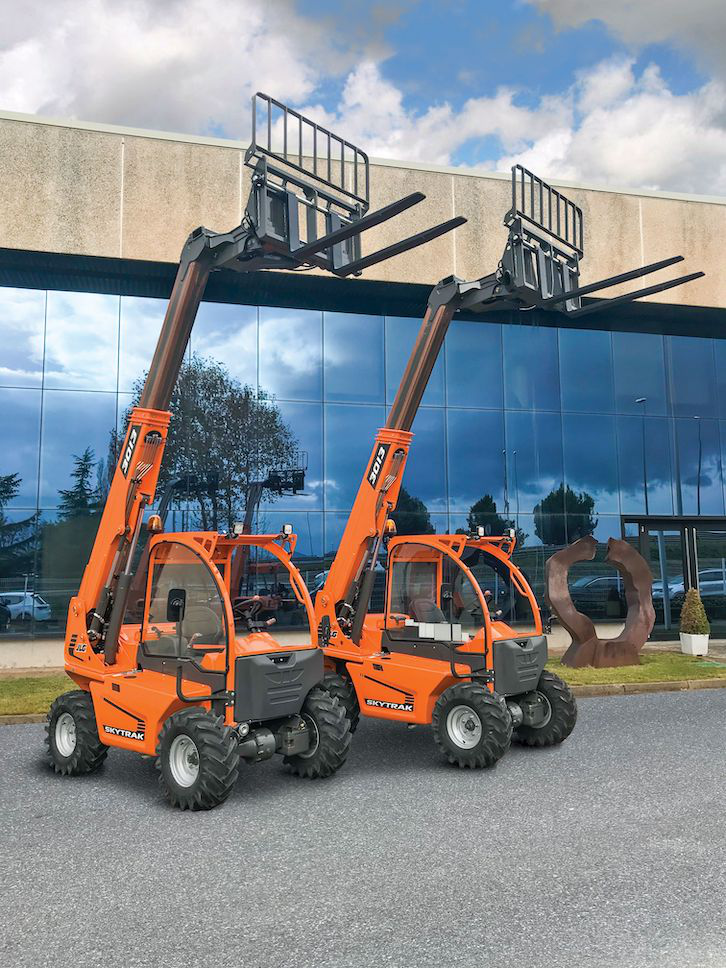 The new SkyTrak 3013 “ultracompact” telehandler is light enough to be hauled with a small tow-behind trailer and is designed to challenge the place of skid steers on small material-handling jobs.

The new telehandler is the result of a 10-year partnership between JLG and Spain-based equipment manufacturer AUSA, with plans to debut the machine at the American Rental Association’s ARA Show February 9-12 in Orlando, Florida.

It runs on a 30.8-horsepower Kubota diesel engine. It features four-wheel drive and two-wheel steer. The boom has been placed in a way to give operators a 360-degree view.

JLG touts the 3013 as a better alternative to skid steers, with longer reach for loading trucks and maneuvering over obstacles. It is designed for moving material in small spaces, with a focus on landscaping, agricultural and small industrial applications.

Options for the SkyTrak 3013 will include open or fully enclosed cabs, a cold-weather package, work lights, universal skid steer coupler and a variety of tires.