The Top Construction Equipment Stories of 2019 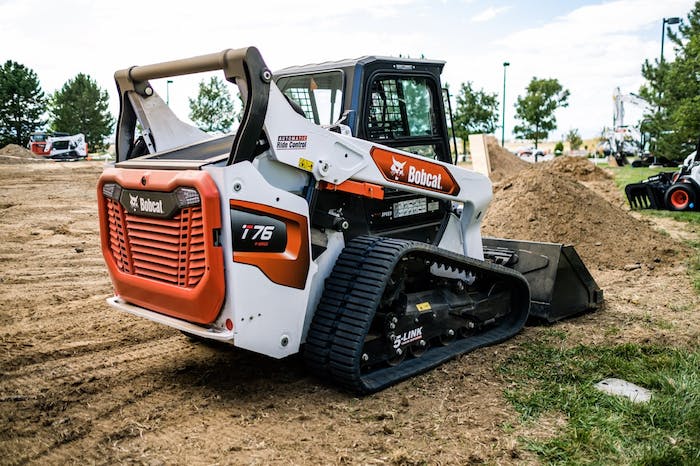 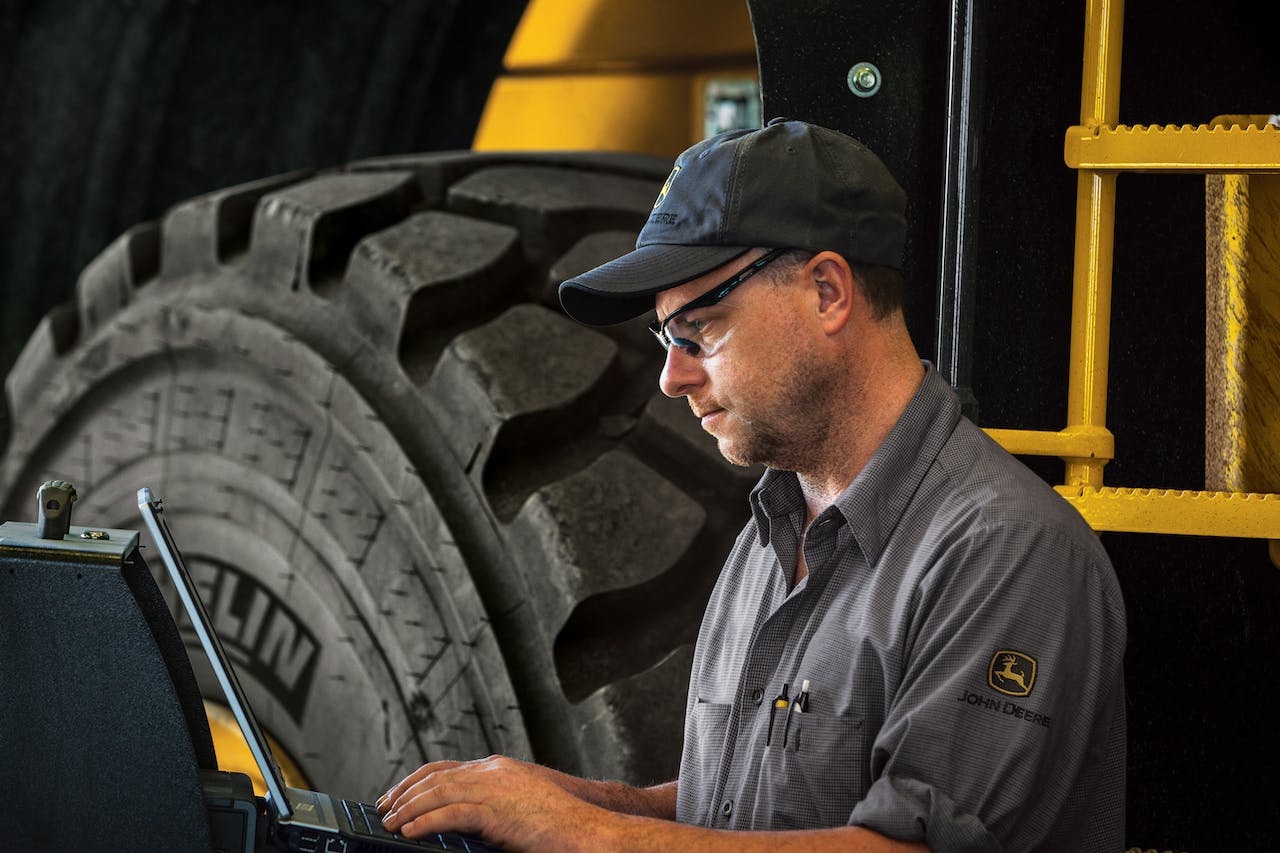 Today’s market heights have put an exclamation point on the construction equipment technician shortage, one that’s having a direct impact on contractors.

Contractors can’t find the people they used to hire to take care of the equipment to the level they did in the past. Their go-to dealerships have had to raise service rates to keep up with technician pay raises, an inevitable outcome of demand outstripping supply. Plus, dealerships may not be able to get to their down machine in a timely manner.

The Associated Equipment Distributors says the heavy equipment technician shortage is costing its members $2.4 billion in revenue each year. “You take that down to the dealer level, it’s costing each dealer $6 million on average,” says Steve Johnson with the AED Foundation. At the technician level, the cost is over $300,000 per technician. “It’s a very big problem,” he says.

Over the course of 2019 we covered the technician shortage in depth with a four-part series. You can read part one by clicking here.

2. Bobcat’s new R-Series skid-steers and CTLs are its toughest and most powerful yet

To read more, click here, or watch the video above.

3. Mecalac’s MCR Series “skid-excavators” are in a category all their own 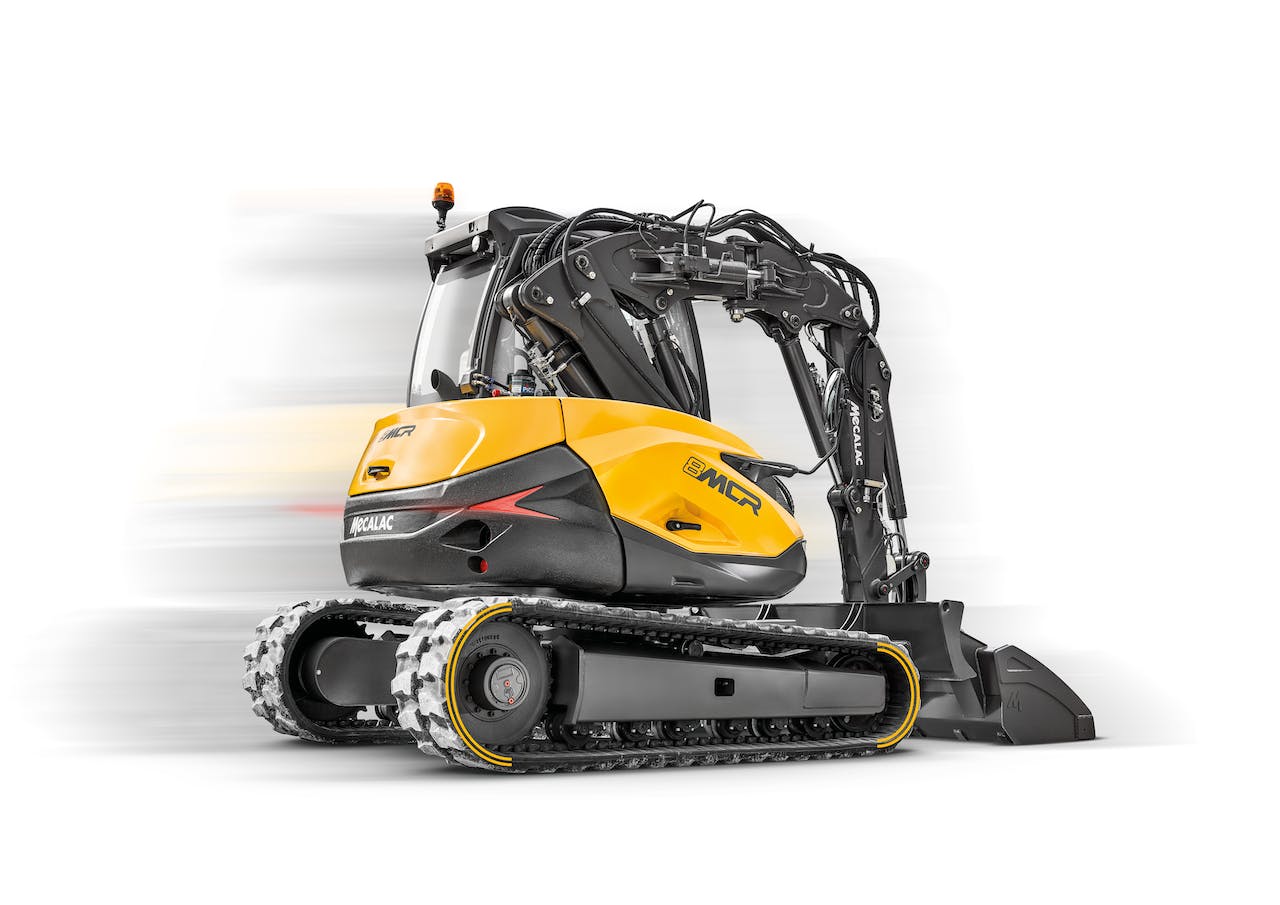 With speeds up to 6.2 mph, the MCR Series of excavators is “the fastest in the world,” according to French manufacturer Mecalac. The company entered the U.S. market two years ago at the 2017 ConExpo, and has 20 North American dealers with a headquarters in Boston.

One of several machines showcased at April’s Bauma show in Munich, Germany, the 8MCR model can use up to a 0.69 cubic yard maximum bucket, or the bucket size of a 12-metric-ton excavator. The 10MCR is capable of handling a 0.98 cubic yard bucket, which Mecalac says means the model can move up to 77 percent more when compared to standard same-size excavators.

Loader buckets, in addition, allow users to spread material or fine grade ground level in one pass only without the need to swing or move the boom, according to Mecalac. This, in turn, reduces total cycle time.

Caterpillar’s new D3 Series of skid steers and compact track loaders are designed for handling the company’s new line of Smart Attachments, which the carrier machines automatically recognize and adjust machine controls to.

Cat says the new Smart Attachments are an industry first, and with advanced machine technology, the news skids and CTLs tailor controls and operator information to match the attachment and the task.

Check out our full video coverage of what’s new on the D3 Series as well as our look into Smart Attachments: 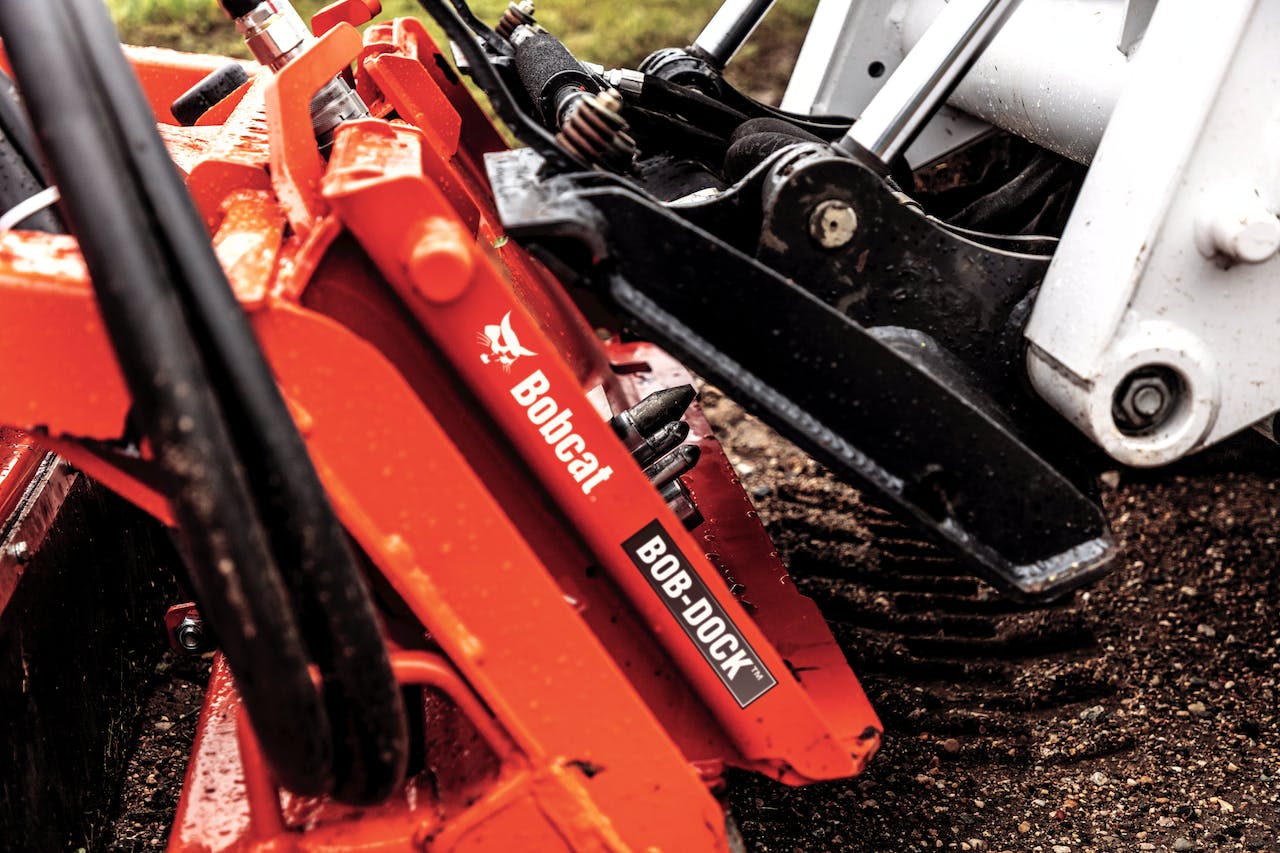 “Bob-Dock is the next evolution of the attachment exchange system,” says Jason Boerger, Bobcat marketing manager, a pathway that has evolved from the Bob-Tach and Power Bob-Tach systems.

“While these have been great, users still need to get out of the cab to hook up hoses on hydraulic attachments,” Boerger continues. “The Bob-Dock lets you connect these attachments without getting out of the cab. This offers real time savings and convenience.”

6. Cat to offer on-machine pricing, online sales in all of its North American dealerships as part of new retail strategy

Caterpillar is making some big changes to its retail experience with the goal of making buying a machine faster and easier.

Specifically, Cat is encouraging its dealers to clearly display pricing on new machines, something the automotive industry has long provided, but the heavy equipment industry has largely shied away from.

This all started with an effort to better reach and provide a more hassle-free shopping experience to buyers in the market for Cat’s compact equipment. Alex Stokman, Cat’s retail development manager for North America, says the company surveyed its own dealers and the showrooms of the competition, and also took some time to better understand the car- and truck-buying experience. “A lot of our compact construction equipment is kind of on par in terms of price with a luxury car or a well-suited pickup,” Stokman says.

We sat down with Stokman to discuss the new strategy and you can watch our full conversation in the video below.

7. Bobcat is back in the tractor business with new lineup of compact models

In a move the company says represents a return to its “roots” Bobcat has re-entered the tractor market.

Bobcat’s new tractor lineup includes 15 models, ranging from 21 to 58 horsepower. Check out our video rundown below.

On March 10 at ConExpo 2020, Caterpillar will host the finals of its Global Operator Challenge. The culmination of thousands of operators competing in local and regional events across the world, the finals will pit nine of the world’s best operators against one another for the title of top dog in the operator world.

In the video below, we detail the challenges operators will face in this competition, and talk to some of the past competitors themselves to get their reactions from the regional final for the western states in North America. We also talk to Western North America’s regional champ, Jaus Neigum. 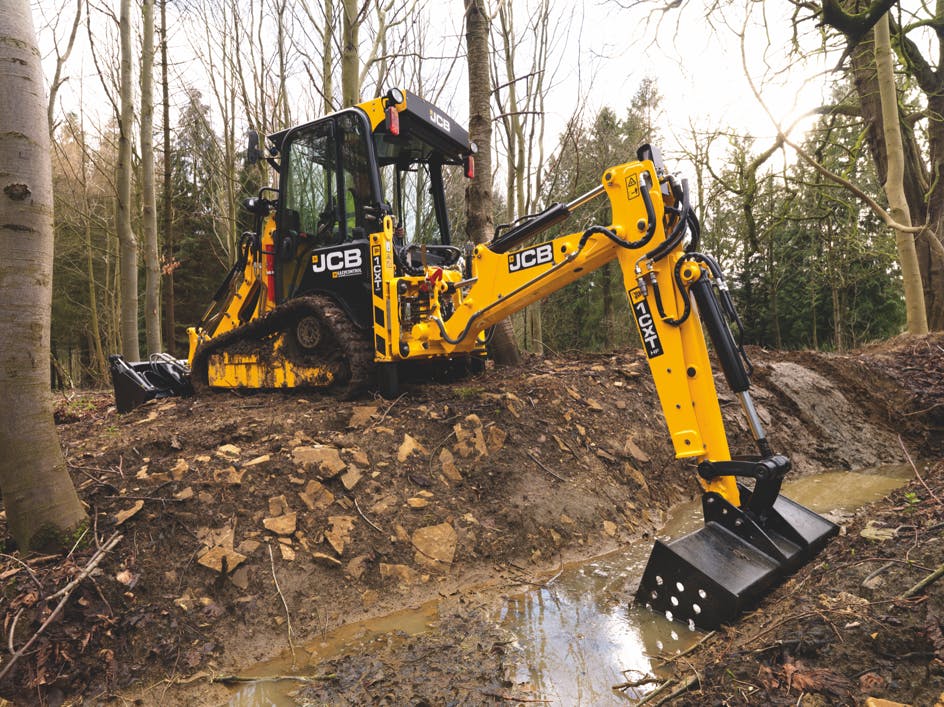 Don’t confuse the JCB 1CXT with a compact track loader, says Diego Butzke, JCB’s product manager of backhoe loaders and dumpers. Unlike a CTL or a skid steer, the engine is in the front of the machine. “It is a full backhoe that benefits from the driveability of tracks,” he explains. “This is a construction grade machine that will do the job of an excavator and a CTL.”

Along with its 19C-1 E-Tec electric compact excavator, JCB showed off the 1CXT at the American Rental Show earlier this year.

Launched in North America this year, the tracked JCB 1CX has been offered in Europe since 2014. “We think this will appeal particularly to landscapers, small construction operations and rental companies since it’s under 9,600 pounds,” Butzke says. “Depending on what state you’re in, that means it can be towed with just a truck and a trailer.”

Combining power with maneuverability, Bobcat has launched its largest excavator yet, the 14-ton E145.

The E145 is a reduced tail swing, long carriage class excavator that is designed to offer a high degree of maneuverability. The longer carriage improves lift performance, Bobcat says, adding that the E145 boasts industry-leading lifting capacity. With this machine Bobcat is delivering an excavator it says can handle the most challenging tasks while also staying nimble at only 12 inches of tail swing.

Check out our video rundown below.

Continuing Cat’s Next Generation compact excavator line up, the 6-ton class Cat 306 CR shares similar control layouts and common components with other machines in the series, along with the Cat Stick Steer system. Cat unveiled the new machine during ICUEE.

“We’ve never had a genuine 6-ton machine,” says Greg Worley, Caterpillar product expert. The 306 CR is not a replacement for Cat’s 305.5 model but rather an addition to the range, he adds.

When equipped with same cab as Cat’s 7- to 10-ton models, the 15,821-pound 306 CR has maximum depth of 162 inches. Using a swing boom, the machine’s compact radius design has a 58-inch tail swing with counterweight. A canopy version will be available in 2020.

Plus, when you put the travel functions on the left hand joystick of an excavator rather than the floor pedals and levers it turns out you can do a whole lot more with this than any other design. 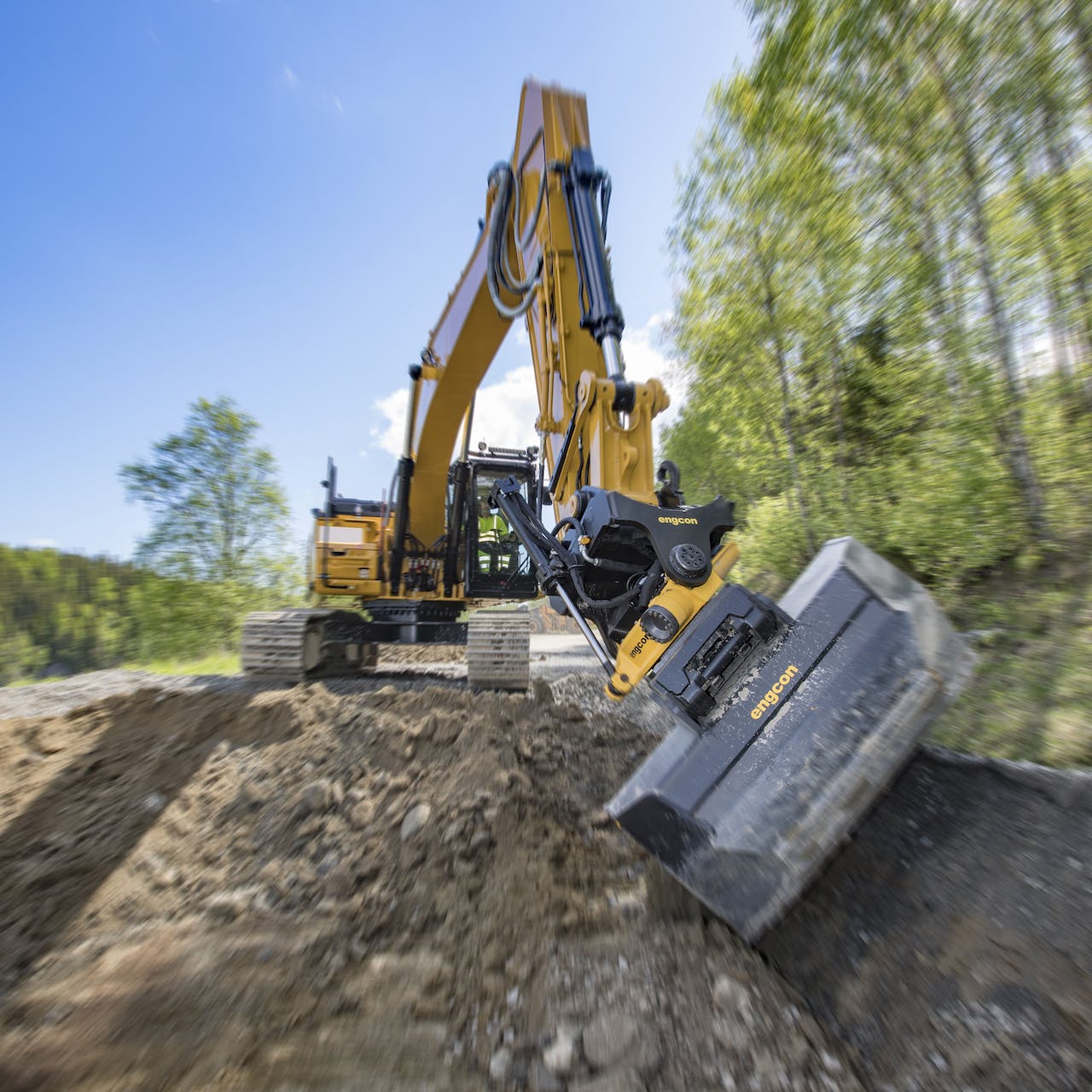 Generically known as a tiltrotator, the attachment originated in Sweden in the mid-1980s and gained steam during the ensuing years. It’s now so well established in Scandinavia that operators there regularly express amazement on social media that it still gets a golly-gee-whiz reaction from operators here.

A tiltrotator allows users to not only tilt an attachment left and right plus-minus 45 degrees but also rotate it 360 degrees. Advocates say this gives excavator operators the ability to perform a variety of tasks without repositioning the excavator. That in turn leads to reduced labor and material costs and lower machine hours, they say.

The dozer and its design defined Cat. They still call them “track-type tractors,” in keeping with the heritage. So when Cat comes out with a new model it’s like bringing a child into the world. Break out the cigars.

This latest edition to the family, the D5, inherits all the technological DNA of previous dozers plus a couple of new GPS-driven features in addition to more weight and horsepower. The goal is to make this dozer equally capable at heavy dozing and finish grading.

You can check out our full video interview and overview for the D5 just below.

At April’s Bauma trade show in Munich, Liebherr offered attendees a glimpse at future technologies during demonstrations of a remote-controlled dozer and wheel loader.

During the demonstration, an operator working in a remote-control station switched between operating the concept cab-less 7XX dozer to an adjacent operator-less Liebherr L 550 wheel loader. (See video below.)

“We expect standard dozers with similar teleoperation functions to be available soon,” says Alexander Katrycz, head of marketing, Liebherr-Werk Telfs GmbH. Initial applications for a remote-controlled dozer would include hazardous applications such as steep slopes. 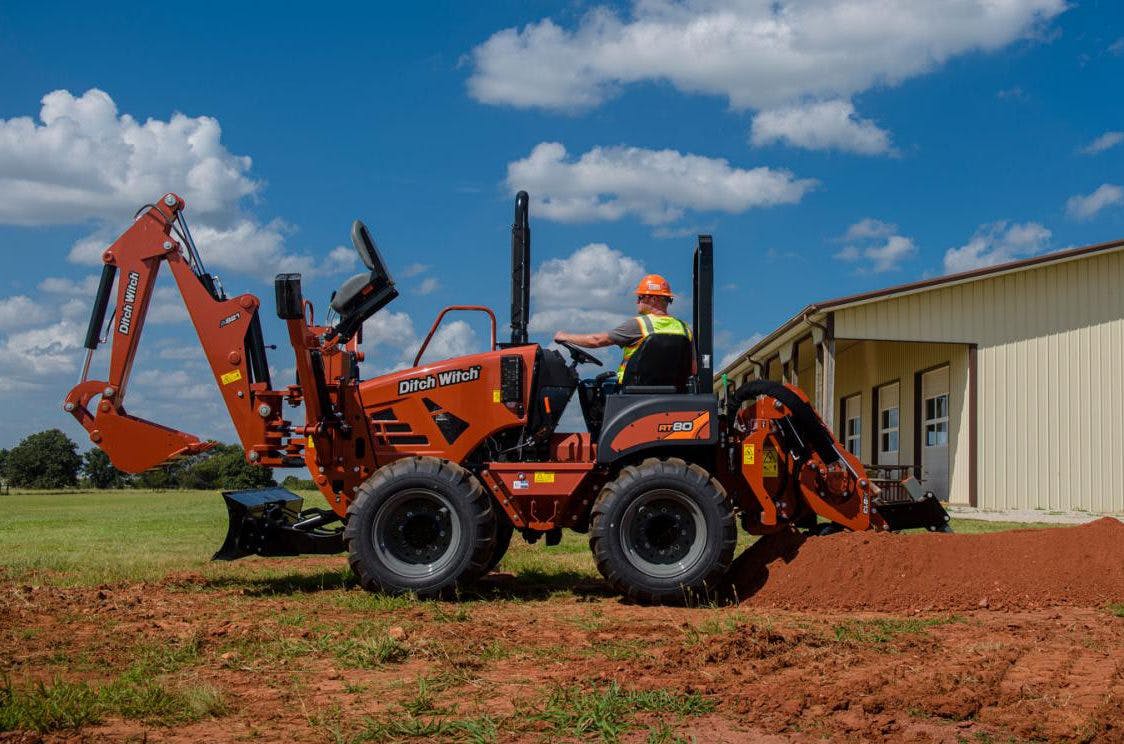 The deal allowed Toro to acquire one of the primary players in the equipment market for underground utility installation for $700 million in cash. According to a Toro press release, CMW generated $725 million in 2018 revenues.

You can read about how the deal came about by clicking here. 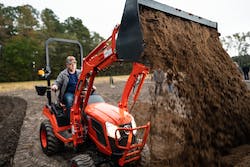 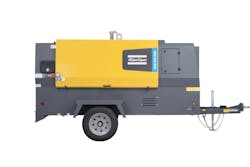 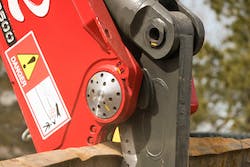 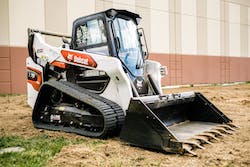