At the recent Bauma trade show in Munich, Liebherr offered attendees a glimpse at future technologies during demonstrations of a remote-controlled dozer and wheel loader.

During the demonstration, an operator working in a remote-control station switched between operating the concept cab-less 7XX dozer to an adjacent operator-less Liebherr L 550 wheel loader. (See video below.)

“We expect standard dozers with similar teleoperation functions to be available soon,” says Alexander Katrycz, head of marketing, Liebherr-Werk Telfs GmbH. Initial applications for a remote-controlled dozer would include hazardous applications such as steep slopes.

More long-distance remote machine control will depend on how fast telecommunication companies roll out their promised 5G networks. “(Dealing with) latency (the delay between operator input and machine response) is important because the response must be lightning fast. Our operator has told us it’s feeling very close to the real thing.” 5G networks are much faster, have shorter lag times, higher accessibility and are able to handle more connected devices at the same time than the 4G wireless technology it replaces.

Some camera angles on the concept 7XX dozer give the operator visibility he would not have if he was sitting in a dozer seat, Katrycz says. “The operator becomes more like a machine manager, watching what happens and changing the parameters.”

Also part of the company’s “construction site of the future” is its INTUSI (INTuitive USer Interface) development process, which connects equipment to the Internet of Things. The operating concept, which will be used in all of Liebherr’s earthmoving and material handlers going forward, won a 2019 Bauma Innovation Award. 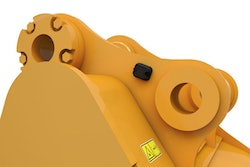 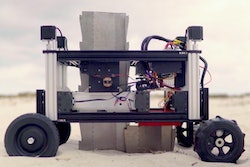 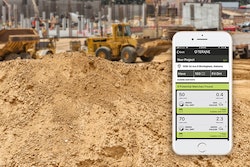