New ANSI standard: What goes up in an aerial lift must come down … safely

Starting June 1, contractors who use telescopic-boom, articulated-boom or scissor-lift aerial platforms will need to develop a safe-use program – including a rescue plan – and incorporate that program into the jobsite every day.

That’s one part of the new national safety standards governing mobile elevating work platforms, or MEWPs, that were scheduled to take effect December 10 but have been delayed twice, with the new effective date set for June 1. The standards by the American National Standards Institute do not affect truck- or trailer-mounted booms or telehandlers. Aerial lifts built before June 1 are grandfathered in.

Rick Smith, JLG senior director of global product training, believes the safe-use program will be the most challenging part for contractors to implement because it makes aerial-lift safety planning and discussions a daily habit. But it will also provide the most impact on improving safety.

“Every day we focus on how we’re going to do it safely that day – I think that’s going to make a huge difference,” he says. “The behavior of the people is what makes the biggest difference in safety.”

Safe use and rescue

The comprehensive safe-use program called for under the new standards must be documented and all personnel trained on it before operations can begin.

The program must include a site risk assessment to identify hazards, implement hazard controls, alert all those affected on the jobsite about the hazards, among other issues.

One major change for contractors under ANSI will be the need to develop a written rescue plan and train personnel on it.

“If someone is catapulted out of a boom and is hanging there, most folks won’t know what to do,” Genie senior trainer Scott Owyen says in explaining the rationale for the rescue plan. “And the longer that individual hangs there, the more in danger they are of suspension trauma and potentially even death.”

After 15 minutes, blood begins to pool in the legs, which can lead to suspension trauma. Death can occur in about 30 minutes.

The rescue plan must limit the time a properly restrained worker can be suspended in the air. ANSI requires that the fallen worker be reached for rescue within 6 minutes, Owyen says.

“Everybody must receive training that explains procedures for if they fall and await rescue or if they witness another worker’s fall,” Owyen says. That includes how a worker can rescue himself if he is hanging in the air. He notes that self-rescue devices and trauma-suspension straps can protect workers.

For assisted rescue, the plan must cover how co-workers can help in a rescue. The quickest way is to make sure workers are trained on the aerial lift’s ground controls to bring the lift safely down. If those controls aren’t working, they should know how to use the auxiliary controls, which are often powered by a separate motor. The worksite might need backup aerial platforms for potential platform-to-platform rescue.

The plan must also consider the technical rescue, for when emergency services have to be called. It should address whether the nearby fire department has a tall enough ladder truck to handle a rescue at the work platform heights, and if not, what steps need to be taken to ensure a worker can be rescued at that height. Owyen notes that many ladder trucks extend up to 100 to 160 feet, while some aerial lifts can go as high as 180 feet.

“The bottom line is,” he says, “if you’re going to send them up, you must have several methods of ensuring that they are able to come back down safely.”

The responsibility for safety under the new standards does not fall entirely on operators and employers, manufacturers must equip aerial lifts with technology to prevent certain safety risks. Those changes will also affect the types of aerial lifts contractors choose for each project.

Currently, operators are responsible for making sure the platform does not exceed its capacity, typically 500 pounds. Often platforms are overloaded, as two workers, tools and materials can easily exceed capacity.

“We see it all the time where you get two large operators jumping on a 500-pound machine,” says JLG’s Smith. “They think nothing of the fact that they’re already at 460 pounds, and they want to bring a stack of pipe and a bunch of tools with them.”

But with the load-sensing technology, the lifts will automatically shut down if rated platform capacity is exceeded.

“I think people are certainly going to think their machine is not functioning properly when it really is,” Smith adds.

On the plus side for contractors, manufacturers will likely boost platform capacity. In Genie’s case, the company has increased load capacity on its XC boom lifts to 900 pounds. Manitou has also introduced its TJ and ATJ series telescopic and articulating boom platforms to North America with 900-pound platform capacities.

Scissor lift platforms must also have load sensing to prevent overloading. Another big change for scissor lifts is that those built after the ANSI standards take effect must be rated for indoor or outdoor use to account for wind instability.

Currently, a scissor lift can be used either indoors or outdoors to its full height. But under ANSI, when accounting for wind, some models that could previously be used outdoors will likely become indoor-only. Models rated for outdoor use will have to be limited to a safe height at a wind rating of 28 mph.

Other changes for scissors-lift platforms include toe guards on all platform entrances, swing gates instead of chain or other flexible gates, higher guardrails and a reduction in some models’ raise and lower speeds.

Although new standards governing aerial work platforms are voluntary, manufacturers say they will comply and expect their competitors to do the same.

“I think you’d be in a very tough liability situation if you weren’t producing to the new standard with the standards sitting out there,” says Chad Hislop, senior product manager. “I don’t expect any major manufacturer to not comply. That would be very surprising to me.”

Get ready for new technology

All of this new technology will mean that contractors will have to ask themselves a lot more questions about the right aerial lift for each job, beyond just how high will it go. Those questions include when, where and how will it be used, how much weight will be in the platform and will you be on level or rough terrain.

For a while, this might be confusing as there will be a mix in rental fleets of ANSI-compliant machines and older machines that are grandfathered in. New machines built to the standards should have ANSI A92.20 noted on the serial number plate.

“That can be addressed through the familiarization process that’s part of the training. It’s always been required, but I think it’s going to be more important as we move ahead that the operators take the time to familiarize with the new machine.”

Editor’s note: This story was updated to reflect the new effective date of the ANSI standards. 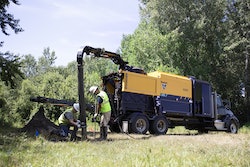 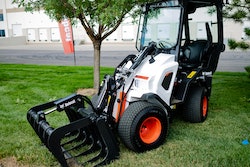 Small Articulated Loader is a new machine category for Bobcat 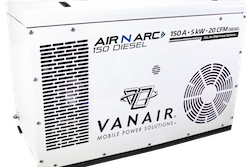