After introducing a lineup of articulated aerial lifts to North America in 2018, Manitou is following up with four models of straight telescopic booms that will be rolling out to the market later this year.

All of the aerial work platforms, some of which were unveiled to the press October 9 at the company’s North American headquarters in West Bend, Wisconsin, meet new ANSI standards scheduled to take effect December 10 in the United States. Manitou officials noted that the North American models have been sold in Europe for years and were already ANSI-compliant without needing modifications before coming to North America. That means the lifts have automatic load-sensing to prevent platforms from being overloaded, tilt sensing to prevent tip-over and other safety features. 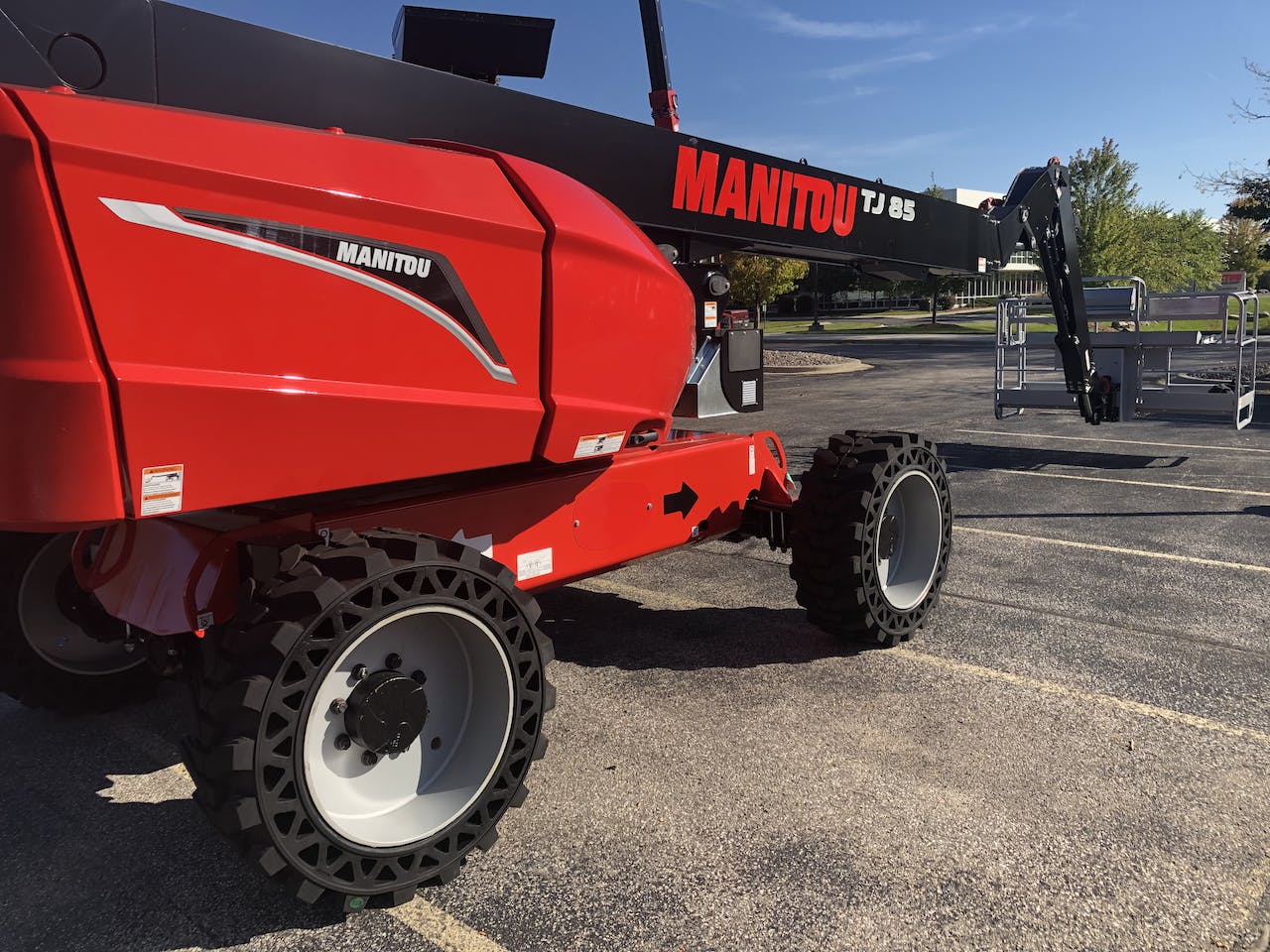 The four models of telescopic jibs – TJ 65, TJ 65+, TJ 80 and TJ 85+ – are all equipped for rough terrain, feature 360-degree rotating turrets and a platform height range of about 65 feet to 85 feet. Platform capacities range from 500 to 900 pounds, with the plus models having higher capacity.

Manitou also designed the booms to be operated with four simultaneous movements from the control panel – drive, lift and swing left and right – for quickly getting into position on the jobsite. The control panel is designed to be easy to use, and the hydraulic movements of the boom are smooth and precise. Manitou added what it calls “Constant Rotation Control,” which senses how far the boom is extended on the machine and slows swing speed the farther out it is. 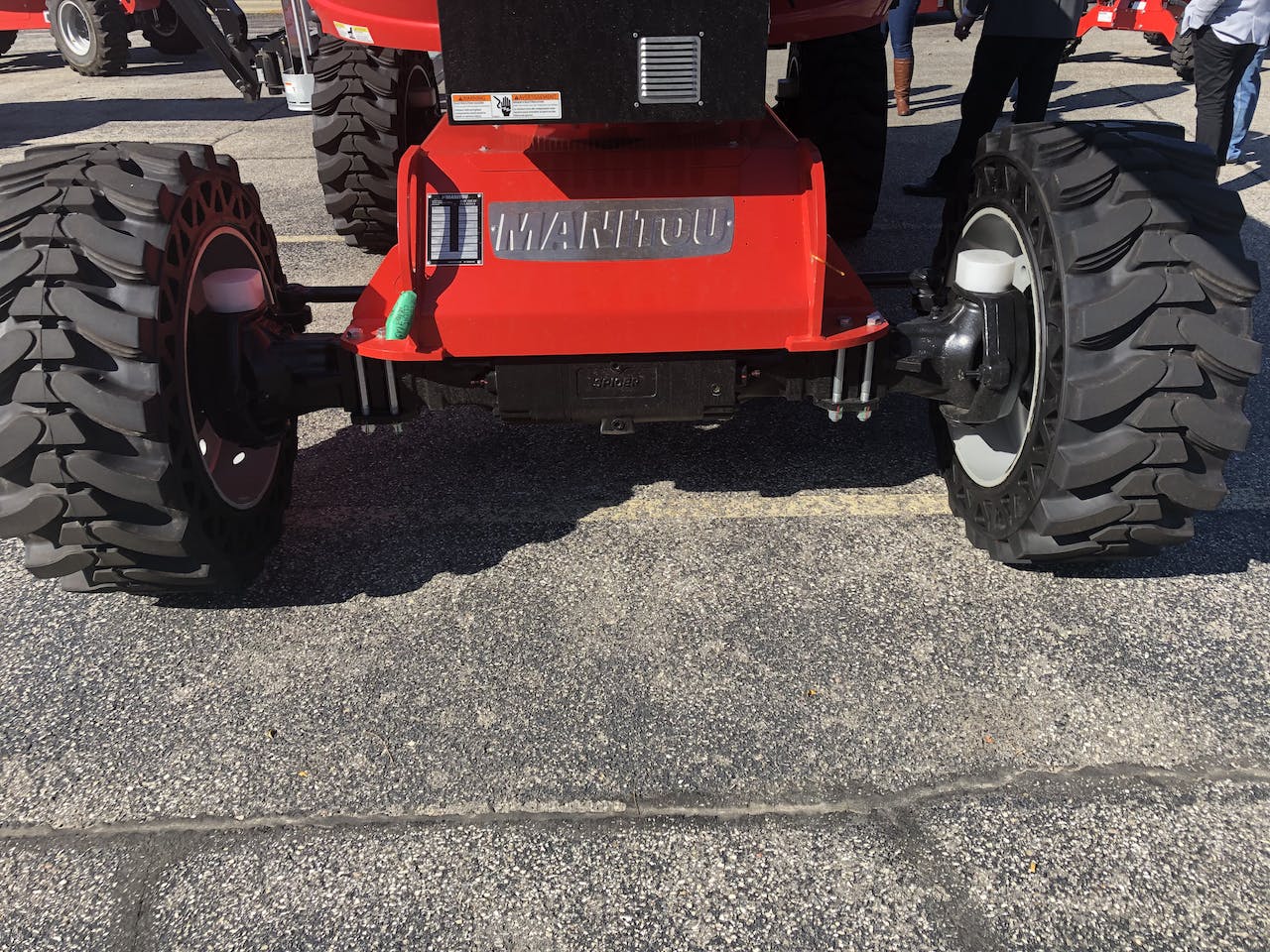 The lifts are powered by a 49.6-horsepower Kubota diesel engine. The ground control panel, upon starting, automatically conducts a self-diagnostic check of the machine, and it won’t start if anything is amiss and will let the operator or mechanic know what the issue is. The lifts also come with Manitou’s Easy Manager telematics system. 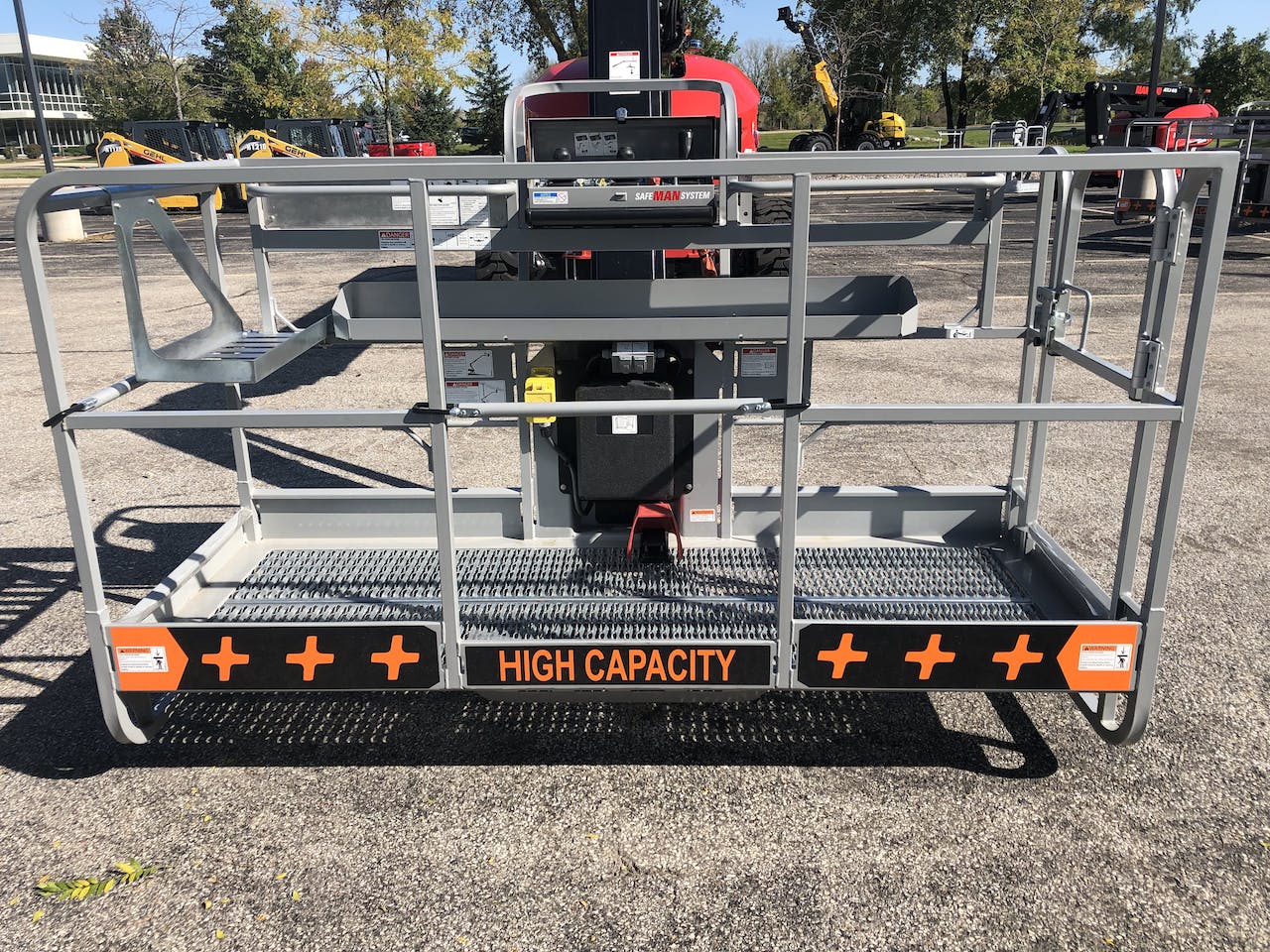 The platform for the Manitou TJ 65+ has a capacity of 900 pounds and holds up to three people.

The platforms have replaceable galvanized mesh floors. Work trays along the rails can hold tools and other items. Meeting the new ANSI standards, the platforms have swing gates for entry and exit and an attached case to hold operating manuals.

Manitou added an optional “Safe Man System” to the platform to protect workers. Should the lift hit an object with enough force to cause a worker to lurch forward into the control panel, the machine will automatically shut down and flash a blue warning light to alert people on the ground.

Another option for Manitou lifts is a welding package that includes a generator attached to the machine with the wiring attached to the platform, and hoses are covered by fire-proof protection. The platforms also have electric outlets for operating power tools.

The lifts can be operated by remote control from the ground, which helps when preparing the lift for transport. The controller attaches to the side or under the machine by magnet. And if needed, the lift can be brought down mechanically.

Here’s a quick look at each of the new North American models: 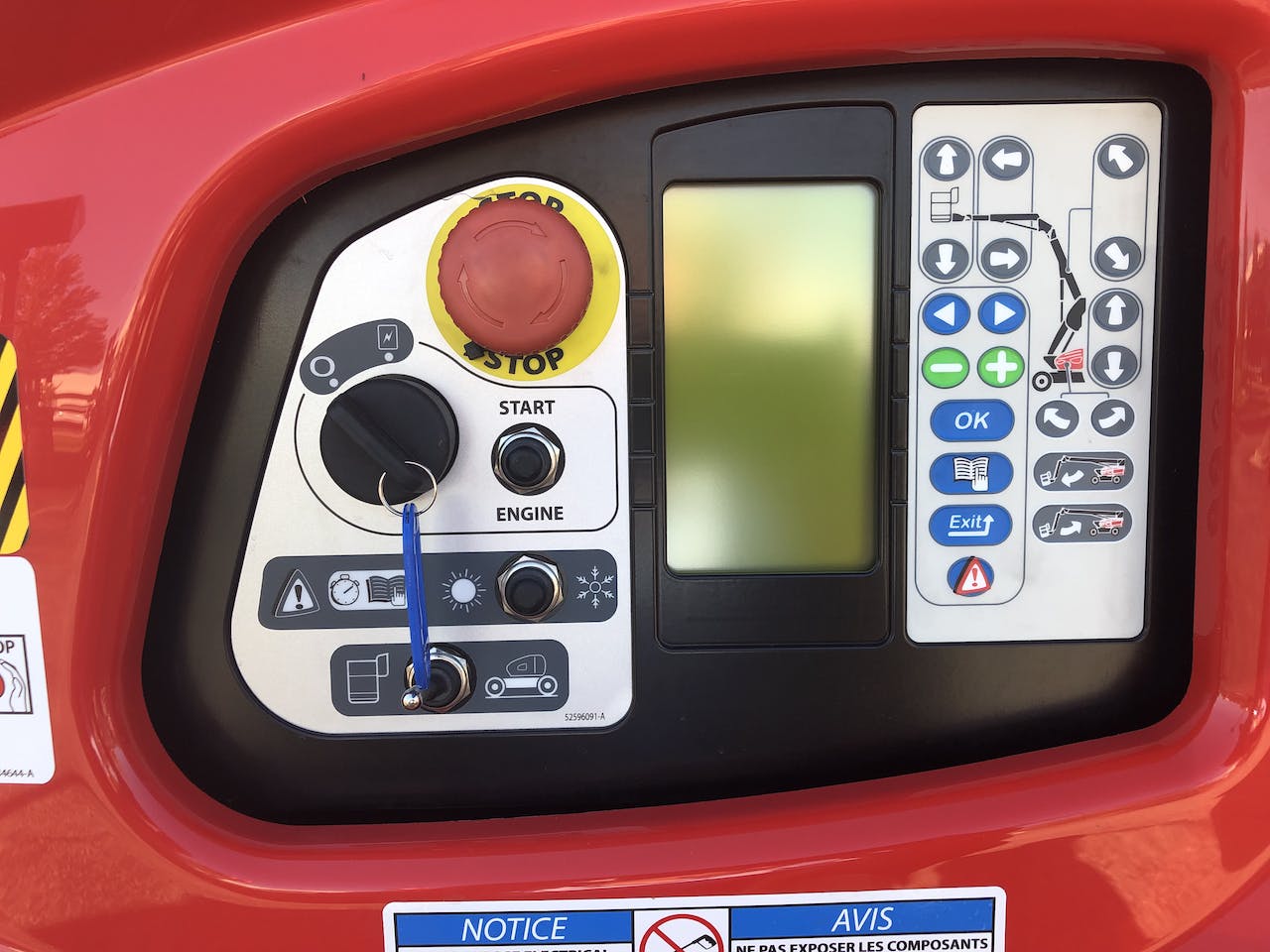 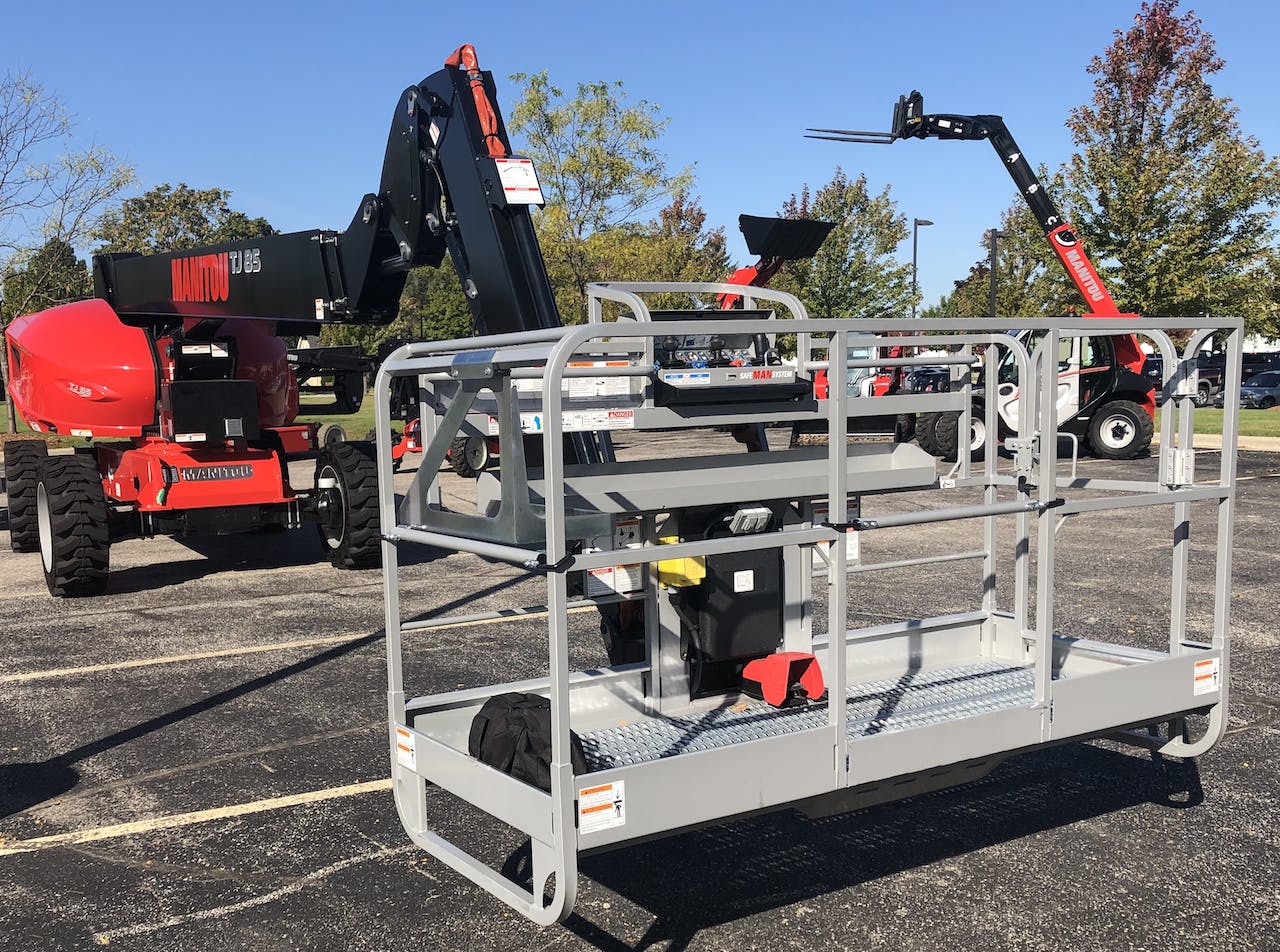 Platform capacity: 530 pounds unrestricted, 770 pounds restricted; holds up to 3 people (inside), 2 people (outside) 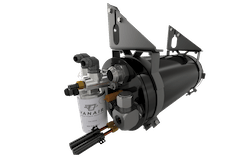 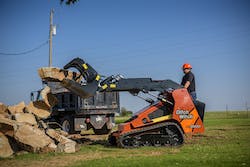 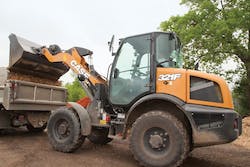 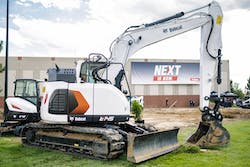