Year in Review: The Biggest Construction Equipment News Stories of 2018 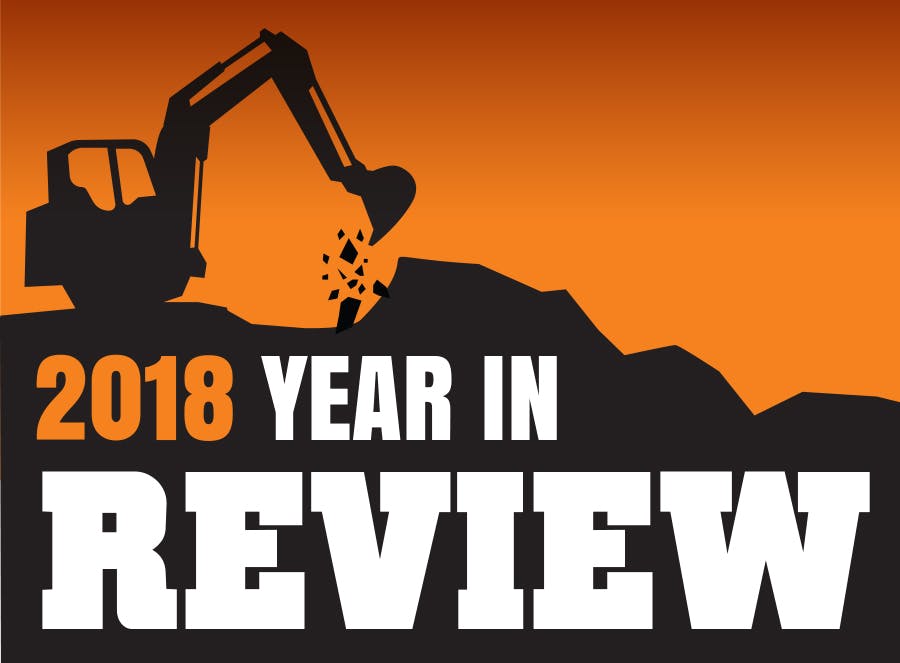 A late-2017 tax cut created plenty of incentive to buy in 2018, yet good times have their own problems. Machinery demand outstripped supply last year, causing many manufacturers and component suppliers to scramble while contractors waited for delivery. As of October, construction unemployment was 3.6 percent, exacerbating an already large skilled-trades deficit. To refresh your memory of what happened in the construction equipment industry last year, read on. 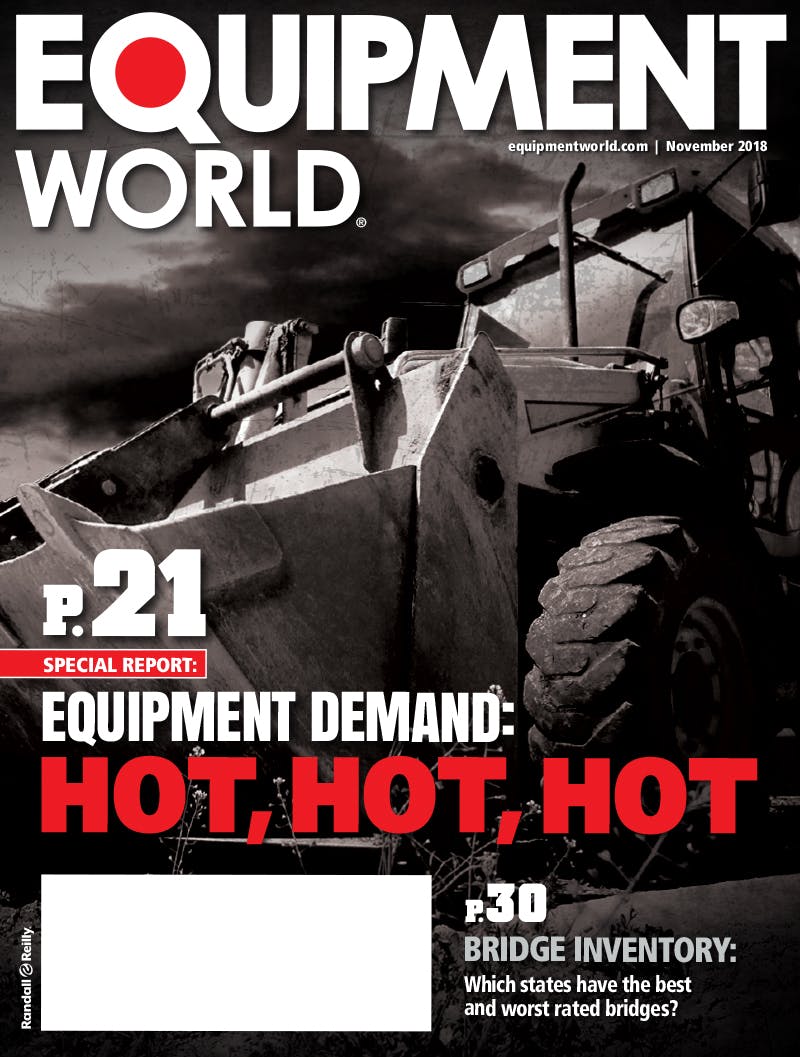 Contractors and other construction equipment buyers responded to increased work and expanded tax breaks by ordering record numbers of new machines. Final tallies of equipment shipments are expected to be up 10 to 15 percent for the year. Contractors buying new and used construction equipment in 2018 and over the next five years will reap some hefty tax breaks: Section 179 and bonus depreciation now allow contractors to deduct 100 percent of the cost of new and used equipment in the first year they put the equipment into use. Another provision of the new tax law increased the maximum depreciation deduction on Section 179 property from $500,000 to $1 million and increased the cap on the equipment purchases from $2 million to $2.5 million. 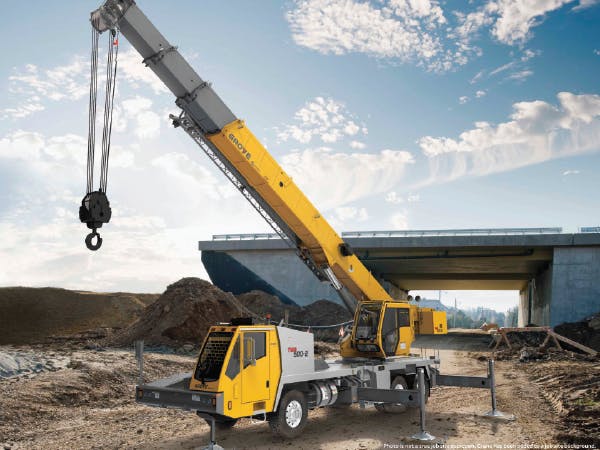 Crane operators must be certified

Long-awaited rules governing crane operations took effect in November, including a requirement that operators be certified on the type of crane they are running. The U.S. Occupational Safety and Health Administration’s final rule says crane operators must be certified or licensed on the equipment and receive ongoing training as necessary to operate new equipment. The rule applies to a range of equipment, including mobile cranes, tower cranes and articulating cranes, such as knuckle-boom cranes. 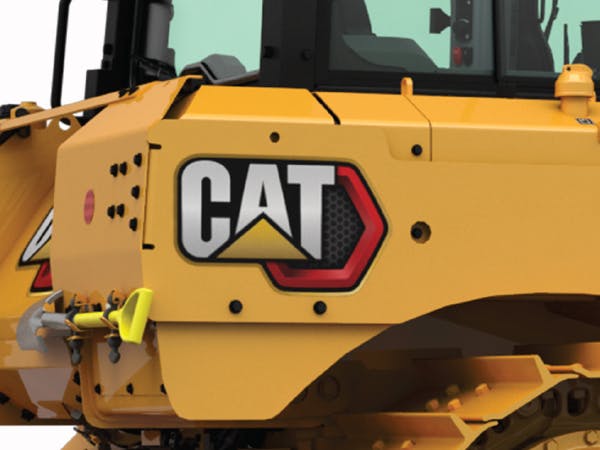 Following a nomenclature change that dropped the generation lettering system on models, Cat announced a new trade dress mark. The updated design, dubbed “Cat Modern Hex,” will replace the “Power Edge” trade dress, which displayed the “CAT” logo on a black background with a diagonal red bar. The Power Edge was introduced in 2006, but Cat says it saw a proliferation of competitors starting to use imitation designs. 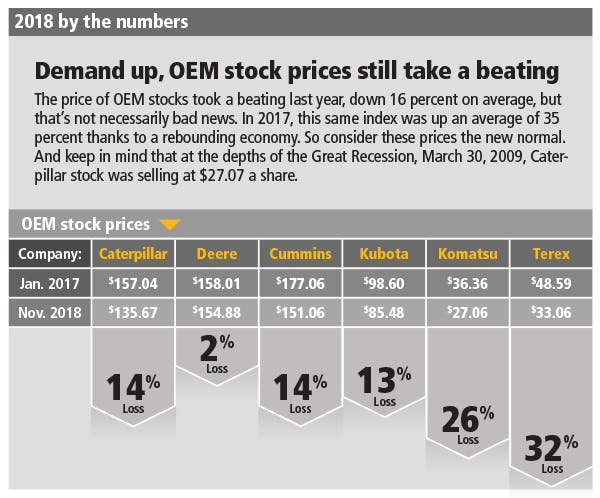 The Association of Equipment Management Professionals named a new chief executive officer in September. Donté P. Shannon replaces retiring CEO Stan Orr, who steps down this month after 20 years at the helm of AEMP. 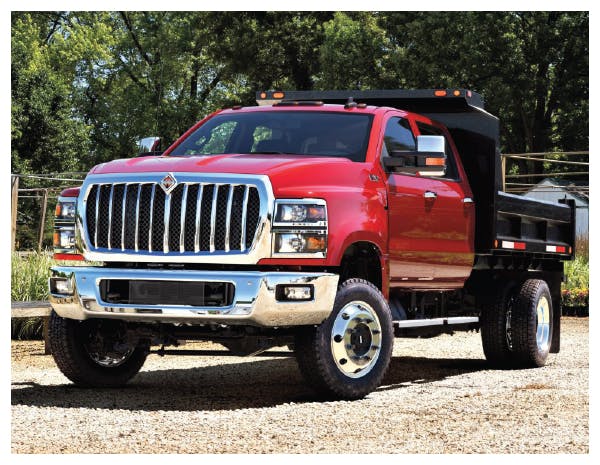 Chevrolet and International Truck are back in the medium-duty truck game with a lineup of trucks split between the two brands that were designed in partnership. At the Work Truck Show in March, Chevy unveiled the new Silverado 4500HD, 5500HD and 6500HD. In November, International unveiled its versions of these trucks.

Gas-tax votes up and down

By 2020, the average showroom age of Ford’s vehicles will fall from 5.7 to 3.3 years, and trucks and SUVs will account for 86 percent of the automaker’s product mix, the company says. The company’s F-Series business is $41 billion, which Ford says makes the brand alone bigger than Coke or Nike.

Out from Bobcat’s shadow, Doosan develops its own identity

In May, Doosan Infracore America announced plans to forge a separate business and identity with a new headquarters in Suwanee, Georgia, new management and marketing. Doosan bought Bobcat in 2007 and used that company’s footprint to bolster its presence in North American markets, but this latest move will focus exclusively on growing the heavy side of the business and expanding into markets it doesn’t currently serve.

• Liebherr will invest $45 million to expand its U.S. headquarters in Newport News, Virginia.

• Komatsu America will move from a Chicago suburb into the city in 2020. In addition, it will build a $47 million customer support and service center in Elko, Nevada.

• Kubota buys land for “Kubota Ranch” near Dallas for a facility that will be used for testing, operating, demonstrating and training.

• LBX breaks ground on a 25-acre tract in Lexington, Kentucky, that will house its new Customer Experience Center.

Calling it the largest voluntary recall of medium-duty and heavy-duty trucks in history, the EPA announced in July that nearly half a million Cummins engines had a defective emissions component that would have to be replaced. The SCR catalyst was found to be less durable than originally proposed, degrading within a few years rather than the 10-year requirements set by the EPA.

Connected vehicle technology, which enables vehicles to communicate with each other as well as with infrastructure, could significantly reduce the number of work-zone crashes by alerting drivers before they even see road construction signs, experts say. Tests are underway on systems that alert drivers to work zones with auditory, visual or vibratory alarms. One possible use is a collision warning on construction vehicles – such as slow-moving striping trucks – if outside vehicles are dangerously approaching a work zone. 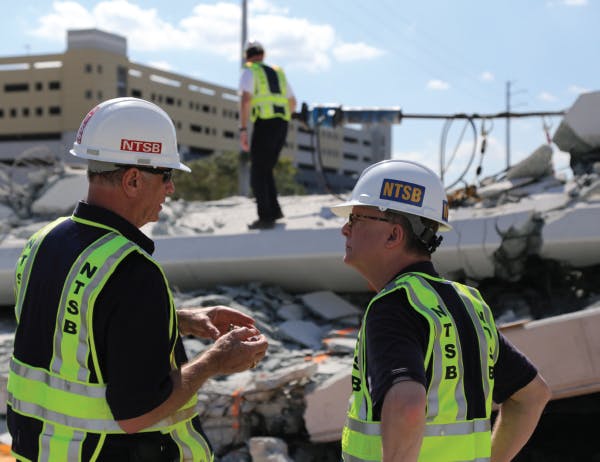 The U.S. Occupational Safety and Health Administration cited five firms for safety violations after one worker died and five other employees suffered serious injuries when a new pedestrian bridge collapsed at the Florida International University campus in Miami. In addition, five people in vehicles were killed when the bridge fell March 15 after cracking was incorrectly deemed to not be a safety threat. The failure came just days after that span was moved into place using accelerated bridge construction. Cracks were spotted on the bridge 19 days before it fell. 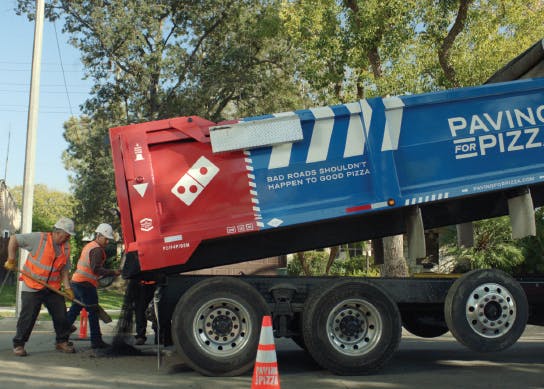 Domino’s “Paving for Pizza” ad campaign invited viewers to nominate potholes in their areas to receive repair grants. According to PR Week, the company received more than 137,000 nominations from 15,200-plus zip codes in all 50 states. By the end of August, Domino’s decided to launch a second phase, which will fund at least lease one project in all 50 states. The pizza chain told the website: “People are very passionate about potholes.” 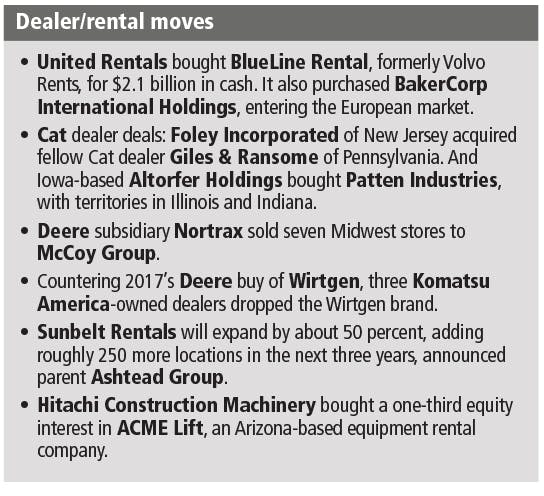 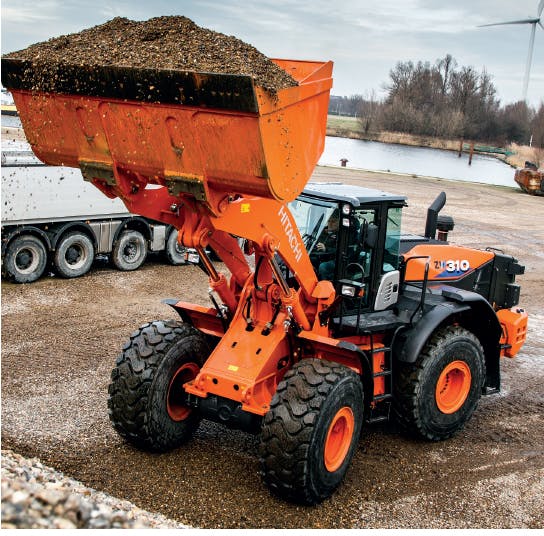 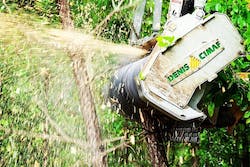 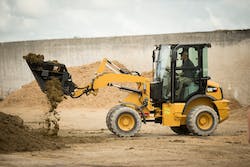 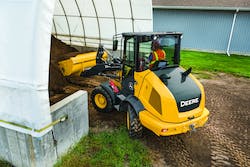 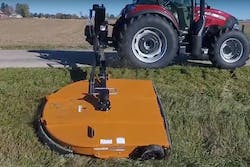