The U.S. Occupational Safety and Health Administration (OSHA) has cited five firms for safety violations after one worker died and five other employees suffered serious injuries when a new pedestrian bridge at the Florida International University campus in Miami collapsed.

In addition to the worker who was killed, Navaro Brown, five people in vehicles were killed when the bridge fell onto a SW 8th Street on March 15 after cracking was incorrectly deemed to not be a safety threat. The failure came just days after that span was moved into place through Accelerated Bridge Construction.

OSHA’s investigation determined that the companies failed to protect workers “when indications of a potential bridge collapse were evident.” Violations included exposing employees to crushing and fall hazards and also allowing multiple employees to connect to an improperly installed lifeline.

Cracks had been spotted in the bridge 19 days before the bridge fell.

“Collectively, these employers failed to take appropriate action and provide the necessary protections to their employees while they were working on the bridge on the day it collapsed,” says OSHA Regional Administrator Kurt A. Petermeyer.

How the proposed penalties stack up

Figg Bridge Engineers received a serious violation for exposing workers to crushing and fall hazards by failing to remove them from the bridge area, despite “multiple cracks of significant width, depth and length at critical locations in load-bearing members of the bridge, which compromised the structural integrity of the bridge,” says the citation against the company.

The company garnered another serious violation because workers on the canopy of the pedestrian bridge were using a horizontal lifeline that was not tensioned and was left laying on the deck canopy and not above the point of operation for workers, thus exposing them to a free fall hazard of more than 6 feet.

Two days before the bridge fell, the lead engineer on the project left a voicemail with state officials saying cracking had been seen on the north end of the span that had been earlier moved into place during accelerated construction.

The engineer, W. Denney Pate with FIGG Bridge Engineers, had said that the crack was not a safety concern, according to a recording and transcript of the call released by the Florida Department of Transportation. Safety issues had also been allayed during a meeting about the crack with the bridge design team and FDOT at the construction site just a few hours before the bridge failed

Facing two serious violations with total proposed penalties of $25,868 is Munilla Construction Management (MCM). OSHA alleges that in one violation, horizontal lifelines were not designed, installed and used under the supervision of a qualified person, as part of a complete personal fall arrest system.

Employees had installed a single rope lifeline on the canopy of a pedestrian bridge for five employees that were all connected to the same horizontal lifeline, exposing them to fall hazards, the MCM citation alleges. Also, personal fall arrest systems were not rigged to prevent a worker from falling more than six feet, OSHA determined in a second violation.

Network Engineering Service (Bolton Perez & Associates) of Miami also received a serious violation with a proposed penalty of $12,934 for failing to remove employees from the area of the bridge, where cracking had appeared, and in that way exposing them to hazards.

Structural Technologies has two violations for a total of the same proposed penalty of $25,868 total. This company allegedly failed to properly rig personal fall arrest systems that could have prevented a worker from a free fall of more than six feet, or from contact with a lower level of the bridge.

The Structural Technologies citation says horizontal lifelines were not designed installed, and used under the supervision of a qualified person, as part of a complete fall system, with maintained a safety factor of at least two, leading to one $1,2934 proposed penalty. Employees had installed a single rope lifeline on the bridge canopy for five workers who all were connected to the same horizontal lifeline, causing a fall hazard.

A second serious violation, with another fine of $1,2934, says employees were working on the canopy of the bridge, using a horizontal lifeline that was not tensioned and was laying on the deck of bridge canopy, not above the point of operation of the workers. This exposed them to a free fall hazard of more than six feet.

The Structural Group of South Florida, based in Homestead, Florida, drew a proposed penalty of $9,054 for having employees work on the bridge canopy while using a horizontal lifeline that was not tensioned. Instead, it lay on the deck of a bridge canopy, not above the point of operation of workers, thus exposing employees to a fall hazard.

OSHA gives the companies 15 business days from receipt of the citations and proposed penalties to comply, request an informal conference with OSHA’s area director, or contest the findings before the independent Occupational Safety and Health Review Commission. 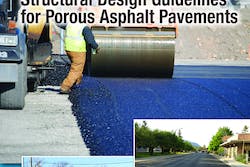 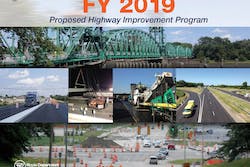 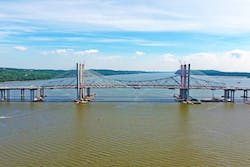 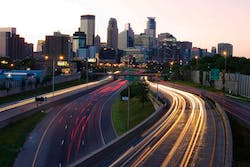